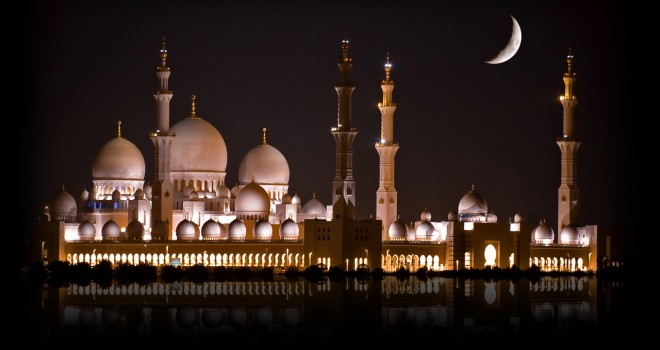 Use astronomy to determine start of Ramadan: scholars

Islamic scholars and astrophysicists in the UAE believe the Muslim world should rely on astronomical calculations instead of moon sighting to determine when Ramadan or Eid is.

In fact, astronomical calculations have determined accurately when Ramadan is every year since 1993.

Despite scientific proof, confusion about the start of Ramadan or Eid still prevails because many still argue that moon sighting using the naked eye or a telescope should be the only way to determine when Ramadan is.

This is mainly because of the hadith “Do not fast unless you sight the crescent, and do not break your fast till you sight the [following] crescent.” (Al Bukhari, Vol. 3:130). Those who rely on the hadith use visual confirmation per region and for this reason consistent variations of the start of Ramadan have existed since the time of Prophet Mohammad (PBUH.)

To learn more about what method should be used, Gulf News spoke to Islamic scholars and astrophysicists in the UAE.

Astrophysicist Nidhal Guessoum, Professor and Associate Dean of the College of Arts and Sciences at the American University of Sharjah, said people should depend on astronomical calculations because traditional methods are not accurate.

“We know from various studies that the traditional method of relying on people’s reports of crescent observation comes with large rates of error, often largely exceeding 50 per cent.”

Guessoum added that traditional methods do not allow Muslims to plan for their religious occasions and feasts, but rather scramble on the eve of each occasion. “Science allows us to largely get rid of those errors and to plan properly ahead of time,” he added.

“If Islamic scholars decide that observation of the crescent anywhere on earth is acceptable to the rest of the world, then everyone will start the month on the same day. While if they decide that local or regional observation is necessary, and then there will be [at most] one day of difference between the eastern and the western parts of the world.”

Islamic scholar Ahmad Al Kobesi said: “Some people take the hadith too literally. Back then they did not have the technological advances that we have today. With science we can calculate when the crescent will appear for the next 500 years to come. I think we should depend on science.”

Al Kobesi said Islam has always been a religion that supported science and innovation, however, some people are resistant to change. Al Kobesi believes that future generations will solely follow the calculations.

Islamic lecturer Mufti Khaliq Ahmad also said the hadith originated at a time when technology didn’t exist and that doesn’t mean we cannot use technology today.

“We are actually using technology as all the committees base their decision on when Ramadan is going to begin based on astronomic calculations.”

Dr Humaid Majol Al Nuaimi, Chairman of the Arab Union for Astronomy and Space Science and Deputy Vice-Chancellor of the University of Sharjah for Academic Affairs, said in the UAE authorised bodies take calculations into consideration.

“We do send them the calculations that they take into consideration but they also keep an eye for the hilal [new moon]. I believe that we should use both methods to keep with Islamic rulings and use science as a guide.”