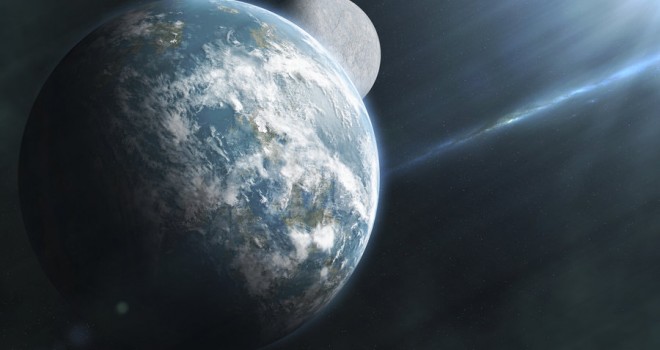 The Structure of Reality

What is the spiritual lesson we can draw from the scientific pursuit of modern cosmology ? It seems that, in spite of its program to find a definitive explanation, and in spite of its success in exploring new phenomena, cosmology especially illustrates the endless nature of the universe and of the quest for knowledge. Reality is not exhausted by our exploration. This lesson can find interesting resonance in Islamic metaphysics.

First of all, we must always recall that modern cosmology only describes one of the levels of universal existence, with the peculiar language of mathematics. Creation is much larger than the physical cosmos, all the more than the mathematical description of the physical cosmos. There is one physical universe, in a creation that has many « worlds » (alamun) or levels of reality. The human intellect has to be dismayed by the vastness of the universe, which is a symbol of the immensity of creation. And the immensity of creation itself is a symbol of God’s Might.

According to the school of Ibn ‘Arabi, creation is God’s self-disclosure to Himself through the veils and signs of the creatures. This school often quotes the famous tradition in which God says, « I was a Treasure but was not known. So I loved to be known, and I created the creatures, and made Myself known to them. » There is only God in being (wujud). So the things « are » not. They only show God, through their properties which are the manifestation of a given « preparatedness » (isti`dad) to receive some of God’s qualities. However, one cannot say that the things are only an illusion, or nothingness, since they show God to us under their properties. The paradoxical nature of creation, between existence (wujud) and nothingness (`adam), hampers any systematic statement on its nature.

Only God is present, but He discloses Himself according to different « levels ». The « five Presences » (al-hadarat al-khamsah) are al-Hahut (the level of the unknowable Essence), al-Lahut (the level of the personal God who speaks to Man in history, and reveals His names and acts), al-Malakut (the intellectual world of meanings and spirits), al-Mulk (which encompasses both the physical cosmos, and the psychical world), and al-Jabarut (which makes the conjunction of meanings and bodies possible, that is, the conjunction of « intellectual laws » with physical matter and « psychical entities »). God’s Presence in the Jabarut is the world where meanings take bodies, and bodies are reconnected to their meanings. This is the locus of the mystery of regularities in the cosmos. The word Jabarut stems from the root « jabr » which means « constraint ». Through the great « miracle » of the Jabarut, the laws of nature (and all the other laws which are necessary for our very existence) are continuously enforced.

God’s clemence gives being to all possibles entities (mumkinat). The Sufi Abu Talib al-Makki quoted by Ibn ‘Arabi, used to say « God never discloses Himself in a single form to two individuals, nor in a single form twice. » So God’s self-disclosure is endless. Ibn Arabi describes this as the « sanctified Effusion » (al-fayd al-muqaddas). New creatures and events are continuously put into disclosure. So knowledge is endless.


← From Puzzles to Metaphysical Issues 2/2
The Role of Bewilderment →