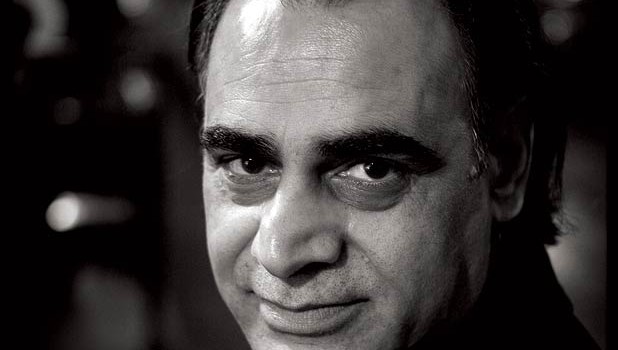 The Quest for Meaning: Developing a Philosophy of Pluralism

Tariq Ramadan is a feted thinker, but his argument
for the equal value of all faiths is clothed in

The noted Muslim preacher, philosopher and Oxford academic Tariq Ramadan invites us to join him on a journey. We are promised an exploration of the bottomless ocean of ancient wisdom, through various religious, mystical, spiritual and secular traditions. We are asked to put our differences aside, to rise above and move beyond our obvious “conflict of perceptions”. It will be a quest to help us rediscover our humanity and it will give meaning to our lives.

The journey begins well enough. Ramadan points out that we have a rather restricted view of reality: we see through our own “window”, but there are countless other windows, other ways of perceiving and understanding the world. The binary logic of the west confines one to a single window. To get a wider perspective, it is necessary to transcend the limitations of reason and rationality. We need to see not just through our minds but also through our hearts. “The science of the heart,” Ramadan writes, “is not the science of reason.”

The first truth we must acknowledge, Ramadan asserts, is that of intellectual modesty and humility. Our own perception of truth, scientific or otherwise, is only a single viewpoint over the horizon. Our own religion or way of life is a partial, often distorted, reflection of the Truth. We should not take our partial images as certainties and delude ourselves that we know everything, or have found ourselves. “The dogmatic spirit,” he writes, “confuses its exclusive convictions with the oceans of quests and human truths.”

True meaning can come only from appreciating the Whole. The ocean has countless shores, all waiting to be explored, all offering distinctly different perspectives on the cosmos. It is the plurality of perceptions that shapes our common humanity. This is the core of Ramadan’s “philosophy of pluralism”.

But Ramadan’s pluralism requires more than simple acknowledgment of diversity. He insists that meaning can emerge only by experiencing plurality. To be fully human, we must share the truth of others. Only “by immersion in the object per se“, he writes, will we “be able to meet human beings, or subjects, with their traditions, religions, their philosophies, their aesthetics and/or their psychologies”. It is at this juncture that the journey becomes a little confusing. The “ocean” of wisdom seems to yield little beyond trite statements. All explorations of the truth, all varieties of religious exploration, lead to the same destination, he tells us. Stating the obvious with a sense of discovery is neither original nor philosophy. If all paths “lead to the heart”, one could ask, why choose one over the other?

Ramadan is content to state that notions of equality, freedom and humanity belong to all religious traditions and all philosophies. But within each tradition these notions are understood differently and engender different consequences. Equality in Islam, which argues that all men are created from Adam, is unlike equality in Hinduism, with its beliefs in the caste system. Similarly, the idea of freedom in religious traditions, with restrictions on the behaviour of women, for example, is at odds with ideas of freedom we find in secular philosophies. And virtually all systems of belief and thought have a particular notion of what it means to be human. One cannot generate a “philosophy of pluralism” just by stating that these notions are common to all traditions.

Moreover, not all ancient wisdom is, in fact, wisdom. Many axioms that Ramadan quotes uncritically have passed their sell-by date. “The past is the future,” he states with confidence. That may well have been true when change was quasi-static and we lived in isolated communities. But in a globalised, interconnected world, where change is not only rapid but accelerating, the future will look nothing like the past.

“The quest for meaning,” Ramadan tells us, “is a quest for peace.” Not necessarily. It could be a quest for fulfilment – at the expense of others. Or an invitation to consumerism. It could easily be an expedition for war. The point is that you can find meaning in almost anything. It all depends on the meaning you are seeking.

The author never pauses to analyse the statement he is making – and in a few places seems to be completely out of his depth. A good example is the all-too-brief discussion of science, reason and faith. The goal of science, he reasons, is to discover truth and reality. It is nothing of the sort: the purpose of science is to solve problems, and to construct models that may tell us something about how the material world works. “A rational description of faith has already ceased to be faith,” he says. If this is true, then faith is not amenable to any kind of rationality. Thus, almost any injustice can be justified in the name of faith.

To support his argument about faith and reason, Ramadan uses the example of Hayy ibn Yaqzan, the philosophical novel by the 12th-century Andalusian philosopher Ibn Tufayl. But the novel reaches exactly the opposite conclusion. Hayy, the hero of the novel, comes to realise that there is a God by using his reason and observing his desert island environment. Ibn Tufayl’s message is simple and direct: you need thought, not miracles, or obscurantist beliefs or the perpetual deconstruction of the self, to recognise and appreciate the divine. Hence, his hero rejects mysticism – the very thing that Ramadan is propagating.

The metaphor of the ocean is overworked. The ocean represents a journey; it is a quest. The ocean is time; it has windows. Finally, we discover that the ocean is a mirror. It all boils down to the self (“the self went to the self, the ‘me’ to the ‘me’, and our mirror-voyage took us to the edge of the ocean-mirror”) and numerology. The figure 7, Ramadan announces triumphantly, is a universal symbol. We find it in every tradition: the seven chakras of Hinduism, the seven vessels of the Christian God, the seven verses of the Opening to the Quran, even the seven days of the week. So that settles it. All we need is to love each other and gather around the figure 7. This is why, Ramadan says, this book has 14 chapters, representing two cycles of seven. He then insults the intelligence of his readers by asking us to ponder whether this is a coincidence or “the product of a will”.

The author concludes by asking: “How can we describe this book and how can we define the mind that conceived and produced it?” One can describe the book as slightly above Paulo Coelho, whom he quotes favourably, but definitely sub-Alain de Botton. Essentially, this is philosophy as candyfloss. A “mind” described by Time magazine as belonging to “one of the most important innovators of the 21st century” could, and ought to, produce something much more profound.

Ziauddin Sardar, writer and broadcaster, describes himself as a ‘critical polymath’. He is the author of over 40 books, including the highly acclaimed ‘Desperately Seeking Paradise’. He is Visiting Professor, School of Arts, the City University, London and editor of ‘Futures’, the monthly journal of planning, policy and futures studies.