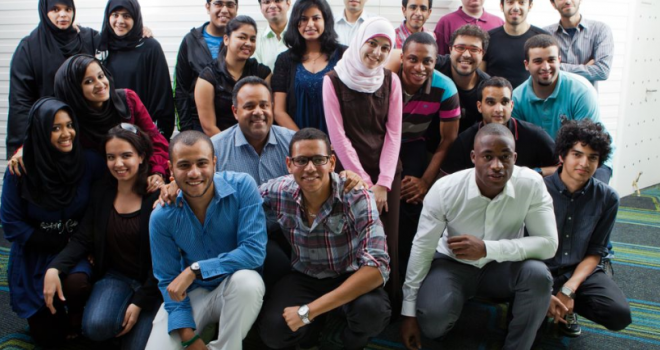 It is far from enough for students to be able to use software and web tools effectively; it is equally important for them to know how to make those tools collaborative

Millions of students in the UAE, the Gulf region, the Arab world and beyond will be returning to school next week and the next few ones. After a good, restful and fun summer, everyone (pupils, parents, teachers, and administrators) is looking forward to the new academic year with hope, excitement and a strong will to make this year as beneficial and effective as possible. Everyone recognises the value of education for career and life overall and everyone wishes to make it most relevant and useful for various goals.

At the same time, most people realise that no human society has yet found the perfect formula for schooling and education. Despite decades of studies, surveys, and tests, few educational systems can claim any satisfactory level of success on various standards of assessments or indicator lists.

Most significantly, employers have consistently been complaining that their new, young hires (fresh graduates) lack essential skills, both the practical kind and the critical-thinking, creative type. In our Arab region, a study was undertaken in Egypt last year where the high levels of unemployment were primarily blamed on the essential skills that graduates seem to lack. The study emphasised the fact that unemployment is so much higher among 18-25 year-olds, compared to the older, more work-experienced population.

All kinds of remedies have been tried, ranging from bigger budgets to teacher training and curriculum revamps and reforms. Many parents have resorted to radical solutions, such as home-schooling, that is putting aside the entire educational system that society offers, whether through the public or the private sectors. Indeed, in the US, more than two million pupils are being fully educated at home today. Other fast-growing solutions include “self-directed” learning, particularly the online learning trend that is accelerating nowadays.

Now, I believe that education should not be seen as consisting in some training programme of skills. Education is a life-long process of building a person as a whole, one who understands the world around him/her in all its dimensions (physical, psychological, social, moral, ethical, spiritual, and more). Still, one cannot ignore the pragmatic aspects of education, ones that make it an essential component of one’s successful life. Thus we must take the required skills for employment seriously and ensure that education achieves those as well.

One noteworthy survey was released a few months ago by Microsoft Partners in Education in collaboration with the Pearson Foundation. It explored the relationships between skills that are (or should be) developed in today’s classrooms and the quality of work and life that graduates have reported. First, it identified the essential skills as — knowledge construction, real-world problem solving and innovation, collaboration and communication. Additional skills were — global awareness, self-regulation and technology used in learning.

Focusing on the education arena, the survey concluded that while the student-teacher relationship is the most critical component in the development of the students’ learning, a focused and concerted effort must be made to show how the knowledge received in the classroom will be applied to real problems in the community and the world. In particular, students must be given projects that can only be undertaken over longer terms and by teams; that will develop the necessary collaboration and communication skills among students and force them to include knowledge from other courses in an integrated way.

Educational technology has also made much progress today to allow it to play a significant role in this context. Indeed, technology can both be tailored to an individual student’s learning and progress and also be constructed to link students in groups. It is far from enough for students to be able to use software and web tools effectively, it is equally important for them to know how to make those tools collaborative and how to communicate in efficient and professional ways.

Indeed, while every student today is deft at using communication tools such as Messenger, Skype or Facebook, the afore-mentioned survey reported that only 14 per cent of US graduates often used video conferencing or online collaboration tools (such as Google Docs) when working with other students.

In educating our children, we need to ensure a few essential things. First, that they remain happy. Second, that they remain curious and interested. Third, that they see the relevance of the knowledge they acquire to their lives, communities and environments. If these essential components are absent from our education system, students will not want to learn!

As we start the new school year, let us resolve to do our best to implement these ideas — for the sake of our children and our future.


← Fiction overshadows science of natural disasters
The Quest for Meaning: Developing a Philosophy of Pluralism →