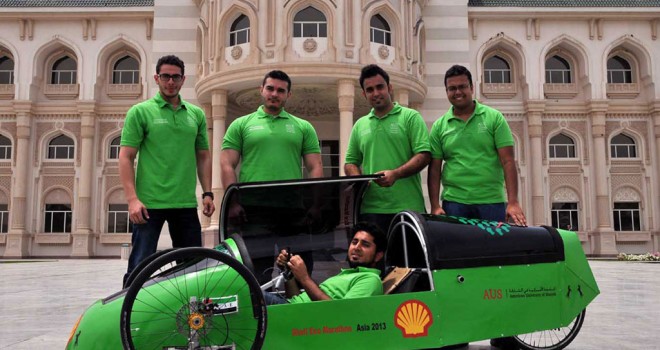 Last month, the results of the TIMSS global math and science test for 2011 were announced. TIMSS, which stands for ‘Trends in International Mathematics and Science Study’, is a standardised test that is administered to Grade 4 and 8 pupils every four years. In 2011, 50 countries participated, including 10 Arab states.

The results brought some good news and a pretty heavy dose of bad news for the Arab world. The good news is that UAE pupils, while still below the average mark, were the best among their Arab peers. The bad news is that in almost every category, Arab states were at the very bottom; in fourth-grade math, the 10 lowest-performing states were Arab ones.

Even more worryingly, when one looks at the trends of these test scores over the years, in particular when comparing the results of 2011 to those of 2007, one notices a few clear improvements (Qatari pupils have made a high leap in their performance), but most Arab states show no significant progress.

At the top, one finds the usual high achievers: Singapore, Korea, Taiwan, Finland … Indeed, Singapore’s pupils have shown such consistency at the top that US educators have recently been looking in depth at Singapore’s maths and science curriculum and teaching methods. They have found some interesting ideas that they are now implementing in a number of US schools.

One of the main features of Singapore’s approach is its insistence on reducing the amount of material that teachers must cover in maths and science classes.

In contrast to approaches that are rather widespread in our region (ones that I have been decrying over the years), Singaporean pupils are taught few topics and concepts, but these are explored fully and in many ways (experimentally, graphically, computationally, etc.) until they have been thoroughly mastered. Only then does the teacher move to the abstract concepts upon which the theories are built.

Another key feature of the Singaporean maths and science education is its heavy usage of pictorial methods, teaching the pupil to draw up the problem, thereby seeing how the parameters relate to one another, and allowing him/her to devise a solution. This helps develop creativity instead of mechanical application of the method.

In the US, officials have expressed serious concerns over the continuous lag of American pupils behind their Asian peers. Indeed, this represents a real danger that inventions in various fields will soon be dominated by Asian countries.

If that happens, not only will the US (and most of Europe) have lost many of the low-level jobs, but even high-level jobs and innovative companies will be dominated by East Asia.

Consequently, a few months ago, the US National Research Council produced a detailed plan for science education titled ‘Next Generation Science Standards’ (NGSS). It purports to revolutionise the way science is taught in the US ‘for the 21st century’.

Secondly, the plan insists that the digital revolution be fully integrated into the teaching: the internet and wi-fi have removed the walls of the classroom, extending the place of learning to home and elsewhere — anywhere that educational material can be accessed by the student and interacted with.

And last but not least, the National Research Council proposes to replace the idea of ‘skills’ that pupils need to learn with ‘scientific practices’, that is to teach the pupils from early on how scientists really work, not the simplistic ‘scientific method’. Indeed, the NGSS plan insists on making the history of science an integral part of the learning of science, showing how Pasteur, Dalton, Lavoisier, Einstein, and Hubble made their discoveries. (I would add scientists like Ibn Al Haitham, whose methods were thoroughly modern.)

All these educational ideas can be highly relevant and useful for the Arab world, where the situation is depressing not just in terms of international test scores, but also in the low numbers of pupils majoring in science — a bleak prospect for the future of our region.

But in addition to curricular improvements that science education experts are identifying, the Arab world needs to address problems of policy and management.

Let me mention a few:

But most importantly, what our educational system seems unable to achieve is explaining the nature of science as a general approach to exploring and understanding nature, whether for practical or conceptual purposes.

To remedy to the situation, I believe we educators need to stress the relevance of science to a host of societal issues, such as the environment, economics, etc.; we also need to re-train the teachers, especially by integrating today’s digital resources; and we need to lighten the curriculum and make it more cross-disciplinary.

All this needs to be done right away, if we do not want to remain at the very bottom of the international scale.


← The Quest for Meaning: Developing a Philosophy of Pluralism
Encourage public participation in scientific projects →