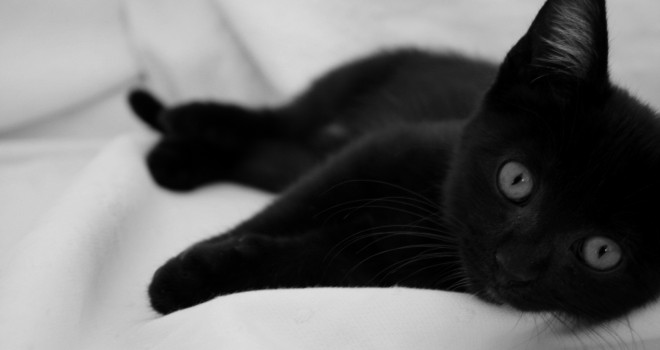 The myth of good luck and bad superstitions

People should be made aware of the fallacies of irrational beliefs

Barely have we buried the doomsday global scare that we’ve run into another irrational fear: triskaidekaphobia. That’s the technical term for “fear of 13”, which may seem like a trivial issue, but actually is not.

Welcome to 2013, which will often be abbreviated to ’13; moreover, when added to the 20, the latter produces another “unlucky” number, 33, which numerologists (charlatans who claim to find “meanings” in various numbers) describe as a “highly charged master number”.

The fear of 13 is widespread enough that many hotels and hospitals don’t have rooms numbered 13 or even entire thirteenth floors. My son once pointed out on a plane that the row numbers jumped from 12 to 14. Indeed, countless people refuse to sit in row 13 or fly on the 13th of the month, especially if it falls on a Friday. And wait until we get Friday, 13 in 2013, next September… One estimate puts worldwide economic losses from such a fear at $900 million. Clearly, this is not a trivial matter.

So how bad are superstitions in our lives, and are there any good ones? It turns out that there are good aspects to some superstitions, as I will explain further below.

Most superstitions seem like harmless little beliefs or habits. They include: not walking under a ladder; not breaking mirrors; not opening umbrellas inside homes; etc. While I abhor the idea of baseless and irrational beliefs, these particular ones don’t seem like bad habits to me; at least they can prevent injuries…

Then there are socio-cultural habits that most people carry out, such as believing in “beginner’s luck”, “knocking on wood”, or “crossing fingers”, or the Arab/Muslim tradition of uttering “Mashallah” like an antidote formula whenever someone expresses admiration and we fear an “evil-eye” effect from them.

It is interesting that while Islam strongly denounced superstitions from the start, equating it with blasphemy or even heresy, some Muslims have held such irrational beliefs throughout their cultural history, for instance: the phobia of animals such as crows and owls, and the fear of traveling on special nights (depending on the Moon’s position).

Today, many superstitious people resort to various practices, ranging from sprinkling water at places where envious people have sat (in one’s home), to putting a knife under a newborn’s pillow, to the rather ubiquitous “nadhar” talisman (the colorful eye painted on a blue surface), or the “khamsa” hand, which is often accompanied with a “Ya Hafidh” (O Protector) inscription…

How does one deal with such beliefs and practices in one’s society and culture? Unfortunately, dismissing superstitions as scientifically bogus is not enough, as people often retort: first, your science doesn’t know everything, especially on human nature, and secondly, what’s the harm in this? And indeed, I think that only when superstitions lead to irrational behaviours or clear socio-economic losses can we scientists and educators really be effective in addressing such beliefs.

I said above that there may be some positive aspects to those kinds of beliefs and behaviours. Let us see in which situations that is the case and how to benefit from that.

Do you believe in “good luck charms”? Probably not. Indeed, how could an object or talisman bring “luck” in any life situation?

A year or two ago, several teams of psychologists ran a number of interesting experiments. In the first instance, they brought 28 students who believe in “good luck” and divided them into two groups: the first one was given a “lucky ball” (one with which players had been scoring a lot), and the second one with a “normal ball”; guess what: students who used the “lucky ball” outscored the other group by a statistically significant margin.

In another experiment, students were asked to bring their “luck charms” but were then divided into two groups: the first kept their charms, the second group had theirs taken away (to be “photographed”); the students were then asked to perform a memory task. Again, the first group outperformed the second one significantly.

And in a variation of the second study, the students were asked to set their own goals in the task and do their best. Strikingly, those who had their lucky charms not only set higher goals for themselves (believing they had luck on their side) but worked harder and longer and achieved better results than the second group.

There are very interesting implications to such results – assuming these can be scientifically validated (by others, in different environments, etc.). Clearly, “luck charms” and beliefs in “good luck” act as self-motivators and lead to improved results. This applies in education, in sports, and other areas of life. So while we should not let students, athletes, and others believe that their good results were due to their lucky charms, we should try to garner that power of self-motivation and self-persuasion for improved achievements. I know, this is a tricky proposition…

To sum up, while we should try to educate people against irrational superstitions, especially those with various negative consequences, let us also continue to wish students “good luck”, particularly as final exams approach…


← Dangers to Earth must be considered rationally
The Mayan doomsday story is not only wrong, but culturally dangerous →