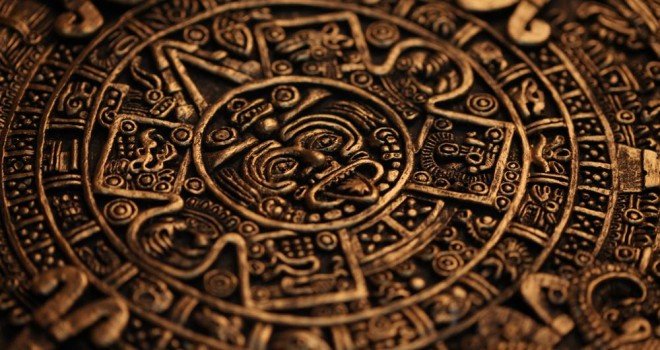 The Mayan doomsday story is not only wrong, but culturally dangerous

The Mayan doomsday story is not only wrong, but culturally dangerous

If you are reading this today (Friday, Dec. 21, 2012), then obviously the world did not come to an end. There was no apocalypse, Mayan or other.

Actually, the Mayans have been given a bad reputation from all this, for in fact they did not claim that the world would end on Dec. 21, 2012. Their only “crime” was to have constructed a calendar that had several cycles, one of which was going to end and restart on this date. Just like another year starts when, on Dec. 31, we come to the end of any year.

In fact, we had a similar situation thirteen years ago. Remember Y2K? The famous bug in our computer operating systems that (presumably) was going to make all our computers crash when 1999 turned to 2000 and thus lead to some apocalypse, as everything today is so totally dependent on computers? Nothing happened of course, but the point is that it was a similar “end of cycle” scare.

So someone decided that the end of the cycle in the Mayan calendar could mean “the end of times”. Especially (in that logic) since it falls on the winter solstice. And it would be even more convincing (doom-wise) if some additional cosmic event occurred as well, like an alignment of the planets, or an alignment with the center of our galaxy (the Milky Way). And then someone noticed that our sun is now nearing the maximum of its cycle of activity (flares, eruptions, etc.), and so the scenario was cooked.

Let’s begin by getting the science part right. First, there is no alignment of more than three or four planets (something rather frequent), and there won’t be any bigger alignment for a few decades. Secondly, while the whole concept of a galaxy (including ours) is a twentieth-century discovery, the Earth gets aligned with the Sun and the center of the Milky Way every December; nothing has ever happened from such alignments. Thirdly, Dec. 21 (the winter solstice for us in the northern hemisphere) is when the Earth’s axis of rotation is most inclined away from the sun, and this has relation to any alignment or apocalypse of any sort, as we know from the solstices that have occurred for billions of years. And fourth and last, yes the Sun will reach the peak of its cyclical activity in 2013, but this recurs every 11 years, and this particular cycle is a rather mild one; most importantly, no apocalypse could be imagined from such activity.

Ah, but all these effects are recurring ones – so they are easy to dismiss. The doomsayers need a special event, one that has never happened and cannot be predicted. How about the crash of an unknown planet – like Nibiru, have you heard of it? This is the long-speculated hidden planet that has never been discovered but which apparently was predicted (by these charlatans) to be on its way to crash our planet. However, any object that would be moving toward us, or toward the Sun, would have been noticed and tracked by telescopes years ago.

Now, perhaps it will said that scientists are taking these claims much more seriously than they are meant to be. Perhaps the whole thing should be seen as just some general socio-cultural amusement activity, of which no harm will come. Do we always have to be scientifically rigorous?

The problem is that this claim has not been taken as mere entertainment; some opinion polls have shown that about ten percent of Americans believe that the world could end on Dec. 21. More disturbingly, scores of teachers (at least in the US) have reported that many children have expressed fear about “the rumors of the upcoming end of the world.” One teenager’s suicide has reportedly been linked to this apocalypse claim. And many articles have been written on “how to talk to your kids about 2012…”

Another socio-economic concern is the fact that many crooks have taken advantage of this phenomenon to financially profit from it. In fact, there are reasons to believe that the whole scenario was concocted by tricksters who, once they got the public hooked, followed up with a number of products that would draw in huge sums of money. Indeed, in addition to the movie ‘2012’ which came out last year, tens of other videos, books, and magazines have been produced to cater to the newly created market. (Just search for ‘2012’ on Amazon or such online commerce sites.) More than that, one can find a host of products on sale for “surviving Doomsday 2012”; those include: a bedbunker (for a few thousand dollars), a giant Swiss Army knife (for $999 only), and an armored SUV (for upward of $400,000)…

This is why science literacy and critical thinking are so important. This is not about understanding planetary or galactic alignments; this is about not letting large segments of society be swindled. Hopefully, education – at all levels and by various social players (including and especially the media) – will help everyone come to better understandings of such claims and make more reasonable choices and decisions.

Nidhal Guessoum is associate dean at the American University of Sharjah