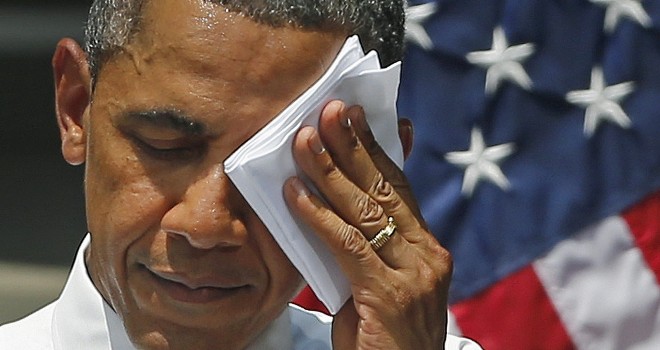 The US presidential election has heated up with three debates between Barack Obama and Mitt Romney and one between the two vice-presidential candidates.

The debates focused mostly on economic policy, social agendas and foreign policy views of the two camps. It did not seem important for the candidates, debate moderators, journalists, commentators or the public to bring science issues up for discussion.

In reality, science is and has been a serious area of contention between the two camps. Last month, a written ‘debate’ was conducted by ScienceDebate.org (an independent citizens’ initiative sponsored by the American Association for the Advancement of Science, the National Academies and other important American institutions) between Obama and Romney, when 14 questions were submitted to them on science policy issues.

The questions were put together after ScienceDebate.org invited thousands of scientists and engineers to submit questions of relevance for a double written interview. The questions were dutifully answered by the two presidential candidates (and, one suspects, their science policy advisers), resulting in a document of over 9,000 words.

The 14 issues included climate change, viral pandemics and biosecurity, science education, energy needs, space exploration plans, vaccination programmes, the role of the internet in the economy and society. Some issues would sound surprising to the layperson, who may not consider them a part of ‘science policy’. For instance, how can innovation be injected into the economy, how to make public policy more evidence-based, how to secure fresh water and food supplies and ensure public health safety?

The responses showed how intertwined these issues are with broader governmental agendas and planned policies, most particularly the budget, the tax code, job creation programmes, immigration policies, intellectual property, etc.

Romney, in particular, stressed the need to reform the corporate tax code in order to reduce the “regulatory burden” of companies as they conduct R&D (research and development) as well as the immigration system to increase the settling of “foreign students graduating with advanced degrees in relevant fields” and “highly skilled foreign workers”.

Obama, on the other hand, stressed the importance of boosting science education (proposing to create 100,000 science and math teacher jobs over the next decade) and the funding of “key research agencies” to strongly support scientists and entrepreneurs.

Some of the responses were, in retrospect, quite predictable, being tightly related to the ideological world views and agendas of each candidate.

For example, on climate change, Romney repeated the usual mantra of the sceptics and conservatives, who refuse to acknowledge our duty to seriously address the climate change problem now, stating that “there remains a lack of scientific consensus on the issue” and that “human activity contributes to the warming” (emphasis added), meaning that humans (and developed nations in particular) are not necessarily responsible for the climate change that is being recorded, and thus they do not necessarily have to do something substantial about it.

Indeed, Romney insisted that “the problem is called ‘global warming’, not ‘America warming’,” that “the primary effect of unilateral action by the US to impose costs on its own emissions will be to shift industrial activity overseas”, and that he “oppose[s] steps like a carbon tax or a cap-and-trade system …”

In contrast, Obama stressed his “international leadership on climate change, reaching historic agreements to set emission limits in unison with all major developed and developing nations” as well as his intention to “continue efforts to reduce our dependence on oil …”

Likewise, on science education policy, the two candidates showed marked ideological and agenda differences. They were asked why in a recent comparison among 65 countries, 15-year-old American students ranked 23rd in science and 31st in math, why for three decades now US students have been falling behind, and what the federal government would do to remedy this and prepare students for a “science and technology-driven global economy”.

Romney, on the other hand, blamed the teacher unions who “spend millions of dollars to influence the debate in favour of the entrenched interests of adults [instead of] students”. He believes that the solution lies in giving parents larger choices over which schools their children can attend (thus boosting competition) and in “recruiting and rewarding great teachers”.

There were similar strong differences on energy policy issues (Obama stressing his “investment in clean energy”, Romney favouring local production of oil, onshore and offshore), food safety (Obama insisting on “strict science-based” federal health standards, while Romney recommends leaving that to the producers and processors), and the internet (Obama supporting “legislation to protect intellectual property online” and “combat online piracy”; Romney simply stating that it is “not the role of any government to ‘manage’ the internet”).

I hope that, in the future, we will see this kind of debate generalised to all elections throughout the world.


← The Mayan doomsday story is not only wrong, but culturally dangerous
Make reading an integral part of your daily routine →