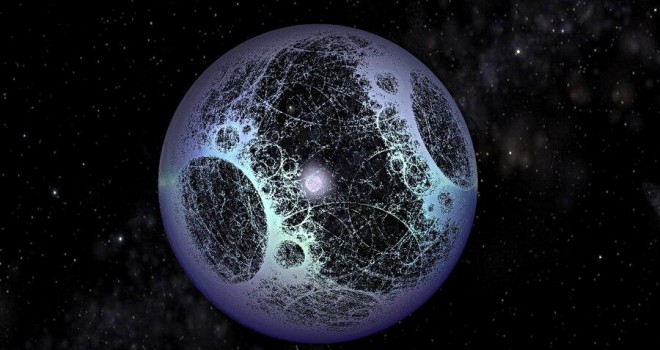 The Exploration of the Cosmos: an endless Quest ?

Modern cosmology is exploring the universe with increasing success. Several of its spectacular breakthroughs have some significance with respect to the meaning of the human presence in the cosmos : the fine-tuning in structure formation, the intelligibility of the universe, the attempts of quantum cosmology to describe the « beginning », and the discovery of exoplanets around nearby stars. The Islamic doctrine provides us with a broad metaphysical background that can help us give « meaning » to some of the discoveries of modern cosmology. The articulation of science and religion cannot be found in a struggle for a new science founded on religion, or in a mere concordism, but in a metaphysical convergence of the different routes to knowledge. According to Islamic mysticism, the cosmos is one of the loci of God’s self-disclosure, and new phenomena are continuously put into existence. I will emphasize the significance of gratefulness, fear and perplexity, as three modes of the everyday bewilderment that accompanies the quest for knowledge.

The crisis of meaning in cosmology

There is a commonly-acknowledged idea that science deals with « facts » whereas religion deals with « meanings ». If science attempts to answer the « how » and religion the « why », there should not be any conflict between them. Unfortunately, the situation is not so simple. It is true that science deals with efficient causes and religion with final causes, to use the technical words of Aristotelian philosophy. But the general trend in the development of sciences is that the efficient causes push the final causes backwards and eventually eliminate them.

This has been happening in the West since the Renaissance. In the Middle Ages, the Jews, Christians and Muslims shared the same prospect on the world, even if there were already long-lasting controversies and hot debates on cosmological issues. The men and women of faith of the Middle Ages did not see only things and phenomena around them : they primarily contemplated symbols and looked for spiritual unveiling through their study of the cosmos. The epoch of the medieval synthesis between Aristotelian-Ptolemaic cosmology and the teachings of the Holy Scriptures has passed away, and the development of modern science has led to a profound spiritual crisis in the West.

Man has lost its central place in the cosmos and has been rejected onto a standard planet orbiting a standard star in a standard galaxy located somewhere in the dull immensity of space. Reality has been reduced to matter, then matter to atoms located in space and time, and finally atoms, space and time to mathematical quantities submitted to symmetry and conservation rules. The material cosmos is considered as self-consistent and does not require a Creator, a Demiurgos or an Architect as a necessary explanation for the apparent order that shows up at all scales from the cosmological to the infinitesimal one. Modern science does not refer to Transcendence, not to speak of a personal God such as the One who reveals Himself through His messengers in the monotheistic religions. This uprooting of the link to Transcendence affects even the apparent effectiveness of mathematics which are not considered any more as being the archetypes of things in a Platonic way, but rather the mere products of our mind in a Kantian and Darwinian prospect. Such a science is value-neutral and devoid of any meaning.

To quote it with the words of Claude Levi-Strauss, « The universe has meaning only with respect to Man, and Man has no meaning ».

The war between science and religion has ceased in the West, because religion has admitted that is has nothing to say on cosmology. The fields simply do not overlap because science has colonized the whole of « reality ». To do so, it has defined reality as being only what can be studied scientifically. Western theologians now have to explain why God appears to be hidden under the phenomena. Old ideas such as those of kenosis and tzimtzum that flourished respectively in Christian and Jewish theological thinking have undergone a fascinating revival, and are now used by these theologians to explain why God retires to let the cosmos apparently be ruled by its own laws, without any sign of direct divine intervention. The emphasis is put on the relative independence granted by God to the laws of nature, and on the relative freedom granted by God to Man.