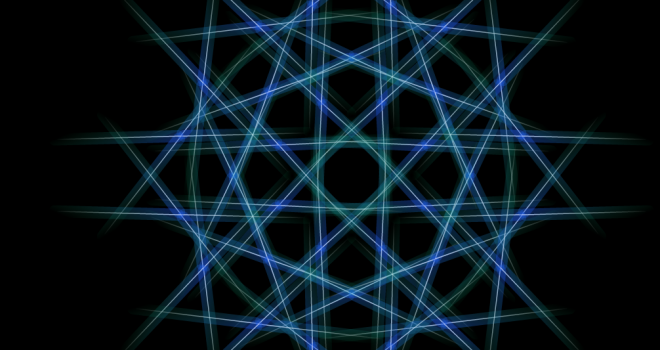 Arab liberals must stay in the game

Back in 2006, I wrote a piece for Nature on what Islamist science policy might look like. It was for a special issue on Islam and science, which carried the cover-line: ‘Must the Muslim world stay science poor?’

Would the environment for science conceivably improve, the issue asked, if more countries elected Islamist physicians and scientists to parliaments and presidencies? Islamists tend to be economic liberals but social ultra-conservatives, and are often dogmatic in any clash between belief and reason. What, then, would Islamist government mean for free thinking and for international scientific cooperation?

In recent weeks, Twitter users and others following or involved in the wave of Arab revolutions in the past two years have rediscovered my article (E. Masood Nature 444, 22–25; 2006) and have questioned me about the impact of the political changes. They have asked, for example, to what extent Islamist political parties taking office will become authoritarian and lose tolerance for dissent.

Now is a good time to revisit the issue and to offer a brief update. Governments affiliated to the pan-Arab Islamist organization the Muslim Brotherhood are in office in Tunisia and Morocco, and in June took the biggest prize of all: Egypt.

Five years ago, Kemal Helbawy, once an organizer of Brotherhood exiles in Europe (the group has been banned in Egypt for most of its existence) told me that Islamist science policy would have three goals: supporting national defence and security, ensuring quality of life and ‘proving’ the miraculous nature of the Islamic faith. Centuries of science, distilled into three bullet points. But how much are Islamists being forced to change that approach, now that they have swapped protest for power? How do the predictions of 2006 look now? And what does that mean for current predictions about science in these nations?

In 2006, the special issue of Nature forecast that more Islamist governments were likely to take office after free elections, something that few Western policy-makers were willing to countenance. Even if they knew it, they weren’t saying so in public. Where the article writers were wrong was in thinking that Islamist governments would close down and prevent scientific cooperation. Thankfully, there is little evidence of this so far — if anything, international scientific contacts may increase. Organizations including the British Council and the European Commission, which already fund research cooperation in the Middle East and North Africa, are responding to questions from Libya, Morocco and Tunisia on how to modernize research and higher education.

“The academics who gave birth to revolutions will need to persevere with the political game.”

The future of US scientific links to Islamic nations — tentatively strengthened in 2009 with the appointment of science envoys — could rest on the foreign policy of the winner of this year’s US presidential election, and on how the post-revolution Islamist governments evolve.

Egypt, for one, seems to be following Helbawy’s suggestions for science policy. President Mohammed Morsi, a US-trained former professor of engineering at Zagazig University in Egypt, is certainly addressing the ‘quality of life’ goal: he has asked his science ministry to revive research into applied urban topics such as poor sanitation, atmospheric pollution and traffic congestion.

Another thing that Nature got wrong in 2006 was an assumption that Islamist governments would have little appetite or tolerance for freedoms. The articles assumed that there would be little or no freedom to think, to speak and to ask questions of those in power, which are crucial ingredients for successful science.

This does not seem to be the case for now, from what I have seen on trips to Egypt and Morocco.

In April, I attended a seminar in Alexandria on the future of Egyptian science policy. The speakers included a junior minister for science from Cairo. But for the 200-strong audience of scientists and students, mostly under 30 years old, his status (and the power it brought) did not intimidate.

The room fizzed with anger. Speaker after speaker grabbed the microphone to bark at the minister: “How come you still have a job?”; “What do you earn?”; “I want to do a PhD. What will you do to improve my job prospects?” A few years ago, such an event might have resulted in arrests and torture, but now the tables have turned. The man from the ministry had to behave as a servant of the people and try to answer. He wasn’t an Islamist politician, but his elected bosses are, and it seems that they (so far) are willing to let Egypt’s youth ask any question of anyone in authority.

It may not last. Religious movements by their very nature tend to be authoritarian, and once the Islamists have no need for the first generation of revolutionaries, they may revert to type.

To keep this from happening, or to delay it, the academics and other political activists who gave birth to revolutions will need to persevere with the political game. There is a risk that many of them, disillusioned with the slow pace of change, will return to their day jobs and leave the political field clear for the much better-organized Islamists.

If the Islamists are genuinely committed to using the best available knowledge to build their nations, they can learn plenty from what has gone wrong in Iran, Pakistan, Saudi Arabia, Turkey and elsewhere. And perhaps most important of all, they must see value in creating relationships with those citizens who do not sit in the rows of the pious.

Ehsan Masood is editor of Research Fortnight and author of Science and Islam: A History. He is based in London.


← Do not miss the woods for the trees
The Exploration of the Cosmos: an endless Quest ? →