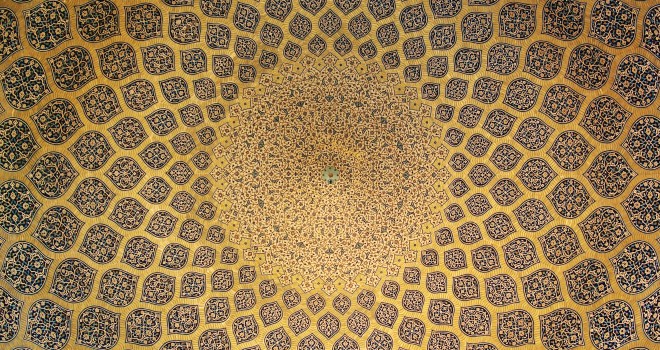 Knowledge and Truth in Islam

The question arises to know whether a synthesis similar to the medieval one would still be possible now. After all, the Aristotelian-Ptolemaic cosmos was not born within the religious prospect of monotheism. It was incorporated and re-interpreted later. Would it still be possible to newly interpret the data of modern cosmology so that they could get meaning ? Or is the loss of ingenuity that affects our outlook at the cosmos so radical that our situation is now hopeless ? Must we accept that the things only point at themselves and have lost their spiritual transparency, because such a loss is the unavoidable corollary of our freedom ?

For a Muslim cosmologist, the loss of meaning that occurred in the West is not acceptable. According to the constant teaching of the Islamic tradition, faith is intimately linked to knowledge. A famous Koranic verse prescribes : « Worship your Lord till certainty », and many Prophetic sayings strongly recommend the pursuit of knowledge (`ilm), as a « religious duty incumbent to all Muslims, Male and Female ». Since useful knowledge brings back to God, the Koran strongly recommends to ponder and meditate upon God’s creation to find the traces of the Creator in its harmony. Hence the so–called cosmological verses (ayat kawniyyah) which are frequently quoted as one of the many miracles included in the Koranic text : « Will they not ponder upon the kingdom of the heavens and the earth, and all that God created ? » Science and religion must articulate because there is only one Truth, as God Himself is One. The part of reality that is present in the scientific description of the world must be connected in some way to the broader prospect proposed by Revelation.

As it is well known, the Islamic tradition has always taught that God is nearby and continuously acts in Creation. « Each day some task engages Him. » So it seems difficult to follow the path of Western theologians in the direction of a Deus absconditus who would let His creation behave by itself. God is hidden, but He is also apparent, according to His beautiful Names azh-Zhahir wa-l-Batin. The Creator is so Great that His creation has no flaw. So what kind of signs does He let in the cosmos ?

The issue is to define the level of articulation between scientific and religious truths. Clearly, two paths lead to dead-ends and have to be avoided. The first dead-end is struggle. This is the idea that science has to be completely re-founded on religious grounds, with the dangerous consequence that the refoundation be more ideological than genuinely religious. The second dead-end is concordism. This is the idea that the Holy Koran speaks about science, and that these teachings are miracles addressed to the « Men of the last times », with the dangerous consequence that the spiritual and ethical meanings of the Koran be hidden behind a new exaltation of science. To avoid those dead-ends, we must be aware that Man is called to a knowledge which goes much beyond rational knowledge.

As a matter of fact, there is in man a « faculty of knowing » that is described in the Koran according to a threefold aspect : « And it is God who brought you forth from your mother’s wombs, and He appointed you for earing, and sight, and hearts. » Earing (as-sam`) is our faculty of accepting and obeying the textual indications, that is, the Koran and the Sunnah which are the two sources of religious knowledge ; Sight (al-basar) is our ability to ponder and reflect upon phenomena, and is closely related to the rational pursuit of knowledge ; The inner vision (al-basirah) symbolically located in the heart (qalb, or fu’ad) is the possibility of getting knowledge directly from God, through spiritual unveiling. This is why the Koran orders the Prophet (Peace and Benediction be upon him) to repeat : « Lord, increase my knowledge. » As a consequence, knowledge can be acquired following three routes : first, the study of the Holy Scriptures and the submission to the revealed Law, second, the investigation of the world and reflection upon its order and marvels, third, inner unveiling granted by God to whom He wants among His servants.

These three routes to knowledge are necessarily convergent because they help Man find God. But their convergence cannot be rational, which would mean that knowledge is limited to rational knowledge. Convergence takes place in the Hereafter, that is, in God Himself who is the Gatherer of all opposite aspects of reality. Rather than contradiction or concordism, we would like to advocate this type of metaphysical convergence, so that truth can be defined in this world as the ability of knowledge to bring the knower closer to the Truth (al-Haqq), which is one of God’s most beautiful names.

The only knowledge which should be avoided is useless knowledge, according to another Prophetic saying : « I seek refuge in God from a knowledge which has no use. » Knowledge is only a mean, and not an aim by itself. God can deceive men with a sort of knowledge that closes their eyes to the treasures of their own spiritual vocation. They then become this arrogant people mentioned in the Koran, who « learned what hurt them, and did not profit them. » No doubt modern science has led many scientists to this type of situation.


← The Exploration of the Cosmos: an endless Quest ?
The Connection of Faith and Reason →