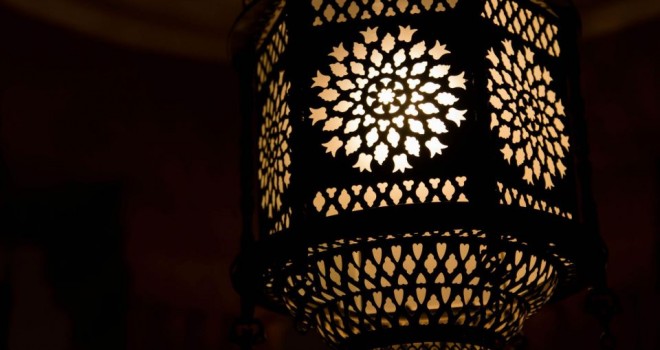 In the 17th century, Galileo dared to say that the earth revolved around the sun and was not the center of the universe. The Catholic Church accused him of heresy and he spent the rest of his life under house arrest after he was tortured and forced to recant. In the 18th century, following the Galileo affair and years of conflict between the church and scientists, for the first time, discussions started to emerge regarding the relationship between science and religion in Europe, in which “the conflict thesis” was proposed. This thesis affirmed that there is an inherent conflict between religion and science.
In early Islamic history, science and religion were congruent and religious leaders rarely objected to scientific findings. Most of the pioneers in physics, mathematics and astronomy in the Golden Age of the Islamic Empire were also religious scholars. Nowadays, we hear about Muslim scientists being prosecuted or becoming targets of ignorant threats from some members of their communities because their findings seem to contradict some religious leaders’ opinions. It seems like our history is truly unique because our renaissance and enlightenment preceded the dark ages in which we live in, and now we need a resurrection from the dead to rise again.
Religion constitutes and dominates a big part of our lives and we are as Muslims comforted when we justify our actions through its teachings. Therefore, when Muslim scholars present a new theory or concept, they usually reconcile it with Islam. However, if years of rejection and persecution persist against them, a “conflict thesis” could emerge in order for our nation to develop and this is not how we want our enlightenment to start.
It is especially sad when Muslim scholars are attacked for merely attempting to reconcile proven scientific theories with Islamic teachings, which at first seemed contradictory to Islamic beliefs. A prominent example of this is the many scholars and scientists including Dr. Abd Al-Sabour Shaheen who were persecuted for not finding a contradiction between evolution and creationism. On the contrary, they combined the two theories supported by evidence from the Qur’an, which affirmed God’s existence and demonstrated his supremacy through contemplating his creations.
Throughout history, civilizations have either been dominated by religion, in which scientists have been attacked for any seeming contradiction to common religious teachings, or have been dominated by non-religious ideologies, which depended on denying religion and stigmatizing or even punishing those who practiced their religious traditions. It is essential, however, to have a balance between religion and science to develop and flourish on a social and individual level. As our Muslim predecessors realized, in Islam, religion and knowledge, in general, complement each other and are never in conflict. In the Qur’an, the word “yatafakkaroon”, which means to reflect, ponder, or contemplate, is mentioned 13 times. It comes most of the time in verses that describe the cycle of life and descriptions of natural phenomena.
This type of reflecting and contemplating does not only occur by looking at nature, but also through asking questions and finding answers to God’s miracle in his creation through seeking knowledge. The following verse indicates the importance of knowledge, in which the last part is frequently quoted: “Do you not see that Allah sends down rain from the sky, and We produce thereby fruits of varying colors? And in the mountains are tracts, white and red of varying shades and [some] extremely black. And among people and moving creatures and grazing livestock are various colors similarly. Only those fear Allah, from among His servants, who have knowledge. Indeed, Allah is Exalted in Might and Forgiving” (35:28-29).
The importance of the first part is that it explains the context of knowledge, which was assumed sometimes as the sole study of the Qur’an. However, some interpretations include true knowledge of God, which is gained through God as well as contemplating his creations. In other words, those who are trying to reconcile Islamic teachings with the creation of the universe are just trying to do that and in the worst case, they may be wrong in their findings, but at least they have attempted to do something good and should not be called heretics for that.
In the 11 century, Ibn Al-Haytham, who is known in the West as Alhazen, was well known for his scientific methods and was even renowned as the “world’s first true scientist”. He was also an Islamic scholar as most of the scientists during that time were. It is a shame that some in the Muslim world, which gave birth to the “first scientist”, would deny proven theories of science and persecute those who try to defend  even though they do not deny the existence of God or cause harm to anyone. On the contrary, these scholars try to use science to get closer to God and make people truly reflect on God’s precise and ingenious plan in creating the universe. Islam should not be monopolized by an elite who dictate homogeneity and attack anyone who opposes their views in order for science and religion to be reconciled again as they have always been in Islam.
By Nawar Fakhry Ezzi, published in Saudi Gazette, May 8th 2014.