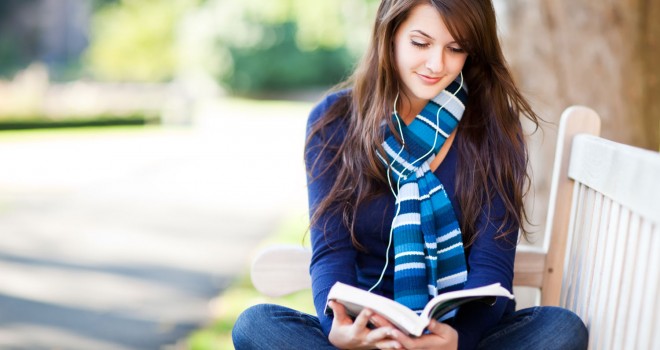 Make reading an integral part of your daily routine

Books are losing out to smartphones, internet and television in the arab world

Last December, we Arabs were shocked to hear that we (on average) read only about six minutes per year! The claim reverberated around various media venues and was picked up by a number of government officials and social commentators. It took on a number of versions, such as that Arabs read only four pages per year or four words per day.

Everyone, including myself, believed the claim, first because it sounded credible, and secondly because most articles referred to the Unesco, the Arab Thought Foundation, and other highly serious institutions as the sources of the claim. A month later, Leah Caldwell, a reporter at the Lebanese newspaper Al-Akhbar, investigated the claim and found no credible data for it whatsoever; everyone, it seems, was repeating an idea that had been floated as an expression of the elite’s frustration at the dwindling Arab readership, of books in particular.

Indeed, as all Arab authors know, except for recipe books, astrological predictions, and other such publications, rarely do books sell even a thousand copies — in a region which population exceeds 300 million! One does not see people carrying books and magazines to read at every opportunity as one does on European buses and metros.

Nor is reading a typical activity on planes that travel within the Arab world, or with actors who appear on the countless Arab dramas, to give just a few examples. And with the dominance of the internet, smartphones, and games — not to mention the thousands of television channels available nowadays — reading seems to be a fast disappearing habit in the Arab world.

This, in a culture which divine revelation started with ‘Read!’… As Ray Bradbury once remarked, “you don’t have to burn books to destroy a culture; just get people to stop reading them.”

In striking contrast, also in December 2011, the Pew Research Centre conducted a solid survey of American reading habits; it showed that the average American aged 16 and older reads 17 books per year; 5 per cent of the population reads more than 50 books a year; 40 per cent read more than 10 books a year; those who use electronic technology (cellphones, tablets, internet) read surprisingly more than those who don’t (a difference of 25 percentage points); e-books now represent a significant fraction of people’s reading, a trend which is rising fast.

The survey also asked Americans why they read, and the answers (in decreasing frequency) were: for pleasure; to keep up with current events; to do research on specific topics of interest; for work or school.

Reading (or not) says a lot about people. That is why a favourite question of job interviewers is: what is the most recent book you’ve read? One question that teachers often ask their students on the first day of class is: what book(s) did you read this summer? And browsing the bookshelves of a person (at their homes or offices) immediately tells you about their interests, their lives, and their personalities.

We need to read more; this is not just a wise proclamation, there is solid empirical support for the benefits of regular reading. Low-literacy adults do poorly in the job market. Children with few books at home are much less likely to succeed in life. And — surprisingly — students who read a lot at home achieve higher math scores (though the two are probably related to the whole cultural environment of those students and not causally connected).

So we need to encourage people (children and adults alike) to read more. And indeed, last year, the Mohammad Bin Rashid Al Maktoum Foundation launched a strategic plan to foster reading among children, setting up a programme which involves educators, authors, publishers, artists, and schools.

The programme includes organising a children’s book fair, setting up mobile children’s libraries, and an internet portal to provide fun educational activities that promote reading. And to respond to the six-minute-a-year ‘statistic’, a project named Ruwwad encouraged children to read at least six minutes a day.

We need to make reading a regular part of our daily lives, buying books, carrying them around, exchanging them with our friends, writing about them on Facebook pages, and so on. And we need to ensure that time is reserved for reading on a regular basis.

We need to read a variety of publications: books, magazines, newspapers, good blogs, etc. One should diversify the genres, mixing novels with inspiring biographies, serious non-fiction with escapist fun, and what is popular with what brings long-lasting knowledge.

Nidhal Guessoum is Associate Dean at the American University of Sharjah.


← Science plays an integral role in policymaking
Information is not knowledge →