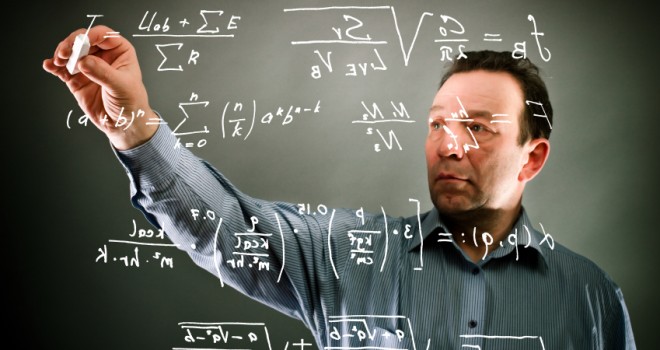 Pakistan must seize the chance to revive its science The government of Nawaz Sharif needs to appoint a tough leader to deliver on its election promise of a research renaissance, says Ehsan Masood.

Few general-election manifestos devote an entire chapter to promises in science and technology, so the campaign documents from the centre-right Pakistan Muslim League stood out. In its bid for power earlier this year, this party of landowners and industrialists did something unexpected: it pledged to put science and technology at the heart of its governing strategy.

It promised one million new high-tech jobs in the next five years. It talked of new funding agencies for biotechnology and nanotechnology, of new programmes in fuel cells and small satellites, and of revamping agricultural research. And it included a promise that the state would not interfere in the appointment of university vice-chancellors.

If kept, the promises would mark a step in the right direction for Pakistan, helping it to shed its reliance on international aid and edge towards economic independence and stability. But they seemed a little too good to be true.

The Muslim League is now in power after beating the ruling Pakistan People’s Party in May’s elections. And already, the glittering future it promised for research is in doubt. It is not too late for the pledges to be realized, and science can still play a pivotal part in the development of the country, but it will require strong and committed leadership to see the changes through.

The poor performance of science in Pakistan is a reflection of the discipline’s traditionally low political standing. So often in the country’s 66-year history, the science ministry has been accorded the status of backwater, or has been used as a political football at the whim of party leaders for reasons that have little to do with science or technology policy. In Pakistan, ‘science minister’ is not seen as a proper job.

In Pakistan ‘science minister’ is not seen as a proper job.

Sometimes, the post has even been left vacant. In the 1990s, the centre-left government of Prime Minister Benazir Bhutto, for example, chose not to appoint a dedicated science minister during her second term. At other times, appointments have been questionable. One former science minister, the landowner Syeda Abida Hussain, was censured last year by the Press Council of Pakistan for promoting smoking in an article for Newsweek Pakistan.

The latest incumbent, Zahid Hamid, is an unpromising choice for science minster. The position was his reward from the Muslim League for switching political sides — and it is questionable whether he has the vision or the experience to effect the changes promised by the league.

Hamid also faces a political challenge that could see him exit the ministry as quickly as he arrived. He once was loyal to the former military dictator General Pervez Musharraf, who is now awaiting trial and may be charged with treason. If Musharraf goes down, it would undermine Hamid and leave him ripe for replacement.

There is no shortage of candidates to take his place — people who have a record of building successful institutions at the interface of knowledge and commerce, despite the poor track record of Pakistan’s science ministry. Any one of these would be well placed to turn the promises of the manifesto into reality.

Science does have the ear of the new prime minister, Nawaz Sharif. The man who was instrumental in placing science at the heart of the league’s manifesto, Ahsan Iqbal, is minister for planning and development and a member of Sharif’s inner circle. Should Hamid depart, Iqbal would have a golden opportunity to push for a widely respected and heavy-hitting science minister.

The country has had such a science minister before. Although most Pakistanis have nothing good to say about Musharraf, young and old are in awe of the science minister he appointed, the University of Karachi chemistry professor Atta-ur-Rahman. Rahman secured a large budget increase and spent much of the funds hiring senior faculty members and boosting early-career programmes. As Rahman’s association with the general effectively rules out a return to a political role, who else is suitable?

One candidate is plant geneticist Kauser Malik, founding director of the National Institute for Biotechnology and Genetic Engineering in Faisalabad and one-time chairman of the Pakistan Agricultural Research Council. Malik has experience as both bench scientist and high-level administrator. He also has plenty of international connections and a record of delivering results. Alternatively, the government could look to the next generation and appoint Muhammad Iqbal Choudhary, director of the HEJ Research Institute of Chemistry at the University of Karachi, which is among the largest such facilities in Asia.

A wild card would be Asad Umar, former chief executive of Engro, which he grew from a mid-size company to one of the continent’s largest conglomerates, spanning agrochemicals to energy. Young, cricket-mad and popular with the public, Umar quit his job to join former cricketer Imran Khan’s political party, Tehreek-e-Insaf, which in May came from nowhere to become the country’s third electoral force.

Umar’s decision to leave business for politics is part of a bigger trend among younger, middle-class and highly networked voters to become politically active. Unusually for Pakistan, many queued for the best part of a day to cast their votes in May’s elections. Even if Hamid stays in his post, the government might consider appointing a heavy-hitter to take charge of the science-for-growth strategy, and have him or her report to Iqbal in the Planning Commission. That person could then get on with the task of dragging Pakistan into the twenty-first century.