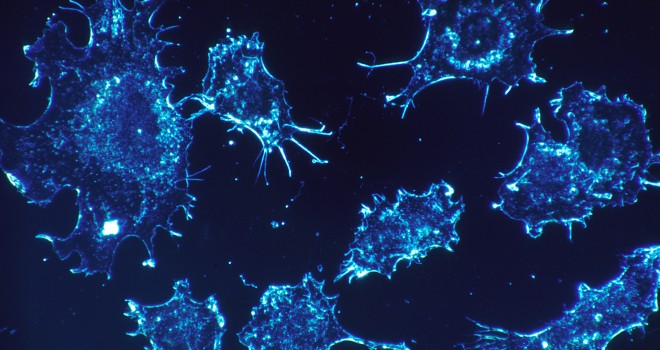 As few weeks ago, Angelina Jolie, the famous and beautiful actress, announced to the world that she had undergone a double mastectomy, a removal of both the breasts. She explained that having lost her mother to breast cancer at the age of 56, she had her genome checked for the BRCA gene that causes (or at least strongly predisposes for) breast and ovarian cancer. She was found carrying it and the doctors estimated the probability of her getting the disease sometime in the future at 87 per cent. Hence her decision.

Last week, I had my fourth colonoscopy in 15 years, searching for tumours or polyps in my colon and rectum. None were found, thank God. I do that check every four or five years because of my family history: My grandfather and at least two of my uncles died of colorectal cancer.

Today, no one can predict who will get cancer or when, as there are a number of factors involved, in addition to genetic predisposition, for which a family history is a hint. Lifestyle factors are also important. For colon cancer, those include: Obesity, a bad diet, smoking, alcohol consumption, low water intake and physical inactivity. I plead guilty to the last one (only), but my family history makes me, in principle, several times more likely to get the disease — the average probability being 4.8 per cent.

My wife, who has no family history of cancer, regularly undertakes the (much less demanding and expensive) mammography, which searches for breast tumours.

Are we all becoming paranoid about cancer, or is this a valid, scientific way of assessing the probability of getting the dreaded disease and taking proactive measures to try to stop it before it strikes?

First, data from the US now clearly show that proactive checks have resulted in a decline in the rates of colon cancer deaths or even occurrence. For people older than 50 (and 90 per cent of colorectal cases occur after this age), the numbers have decreased by about 40 per cent in the past 20 years. This is largely attributed to the increase in colonoscopies, which often result in the removal of polyps (pre-tumour growths) or the detection of malignant tumours in early stages. When tumours are found before they have spread outside the colon, there is a 90 per cent probability of surviving beyond five years.

So does this mean everyone should be getting screened regularly? People at higher risks (like me) certainly need to. Others should at least consider some of the “less invasive” tests, e.g. fecal blood search, CT colonography, etc. American medical associations recommend that, as people reach the age of 50, even without a family history (and people may not be fully aware of their extended-family histories), they get checked, upon the recommendation of their family physicians of course. The “invasive” tests like the colonoscopy are only needed every five years or so, in many cases every 10 years. However, such screenings have been estimated to prevent some 65 per cent of colorectal cancer cases.

And what about the genetic screening approach — and decision — that Angelina Jolie took?

First, it must be understood that there is a fundamental difference between searching for a tumour or a polyp and searching for a gene that is “linked” to cancer. A colonoscopy looks for a tumour or a polyp. If it finds one, a biopsy is performed and multiple tests will then characterise the tumour as benign or malignant. A mammography is an X-ray procedure that shows suspicious spots. Until a biopsy is undertaken, the mammogram is far from conclusive. Indeed, mammograms have a 10 per cent “false positive” rate, i.e. that 10 per cent of women who are told that something resembling a tumour was found in their breast x-rays will turn out to be nothing. On the other hand, if a woman does have cancer, a mammography will find it 75 per cent of the time.

Genetic screening is totally different. It will not claim to have found cancer, a tumour, a polyp or anything abnormal, but rather only a predisposition. Then it is a matter of probability whether that will lead to the disease sometime in the future. What to do with that kind of information is a huge and very personal decision. Also keep in mind that such information and decision will affect the rest of the family as well: What does one tell the children? Should one test them too (they have a 50 per cent chance of having got their mother’s gene)? What about one’s siblings, aunts and other members of the larger family?

Then there is the issue of cost. My health insurance company refused to pay for my recent colonoscopy, despite my physician’s repeated requests and insistence, based on my family history. In the US, my colonoscopy would not even have required the insurance company’s approval, so routine is the procedure. Some US insurance companies will pay for the genetic test (and, if needed, the mastectomy), depending on the estimated risks. That test costs about Dhs11,000.

There is indeed a balance to be found between rationally considering the probabilities (based on family histories, knowledge of one’s genome, and other information) and weighing other matters such as cost, effect on one’s family and the social psychology surrounding cancer.

The medical community and the media must carefully raise awareness about these issues. These are, literally, matters of life and death. And doctors, hospitals and health insurance companies must play a positive role in neither dismissing risks or requests too quickly nor banking on patients’ fears. With personal genome sequencing becoming more and more routine, these issues will confront us more and more in the future.

Nidhal Guessoum is associate dean at the American University of Sharjah. Follow him on Twitter at: www.twitter.com/@NidhalGuessoum


← How do we model the climate of the Earth ?
Pakistan must seize the chance to revive its science →