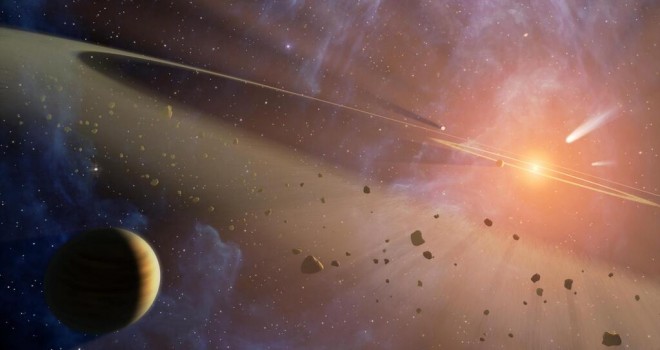 The Connection of Faith and Reason

The way the Islamic tradition regarded the connection between science and reason can be briefly illustrated by the debate between al-Ghazali and Ibn Rushd on this issue.

The first point to make is that there is actually a field where religion has nothing to say, according to the Prophet Muhammad’s well-known comment after he gave technical advice on agriculture that led to failure in the crops : « You are more knowledgeable [than I] in the best interests of this world of yours. » The Prophet also taught his companions that he was an « expert » in sheep-farming, as all prophets were. This teaching is also developped, for instance, by al-Ghazali in his intellectual and spiritual autobiography al-Munqidh min al-dalal. Al-Ghazali enumerates the list of « sciences » practiced by Islamic philosophers (falasafah) in the wake of Plato’s and Aristotle’s works. Among these sciences, « arithmetics, geometry and astronomy have no relationship whatsoever, positive or negative, with religious matters. They rather deal with issues submitted to proof, which cannot be refuted once they are known and understood. » Al-Ghazali quotes a Prophetic saying : « The Sun and the Moon are two of the divine signs. They get eclipsed neither for the death nor for the birth of anybody », and he comments : « In what measure should these words lead one to reject arithmetics which compute the trajectories of the Sun and Moon, their conjunction and opposition ? »

As al-Ghazali writes, there is a « double risk » in the practice of these sciences. On the one hand, because these scientists are too proud and too sure of themselves, they often adventure beyond the field where reason can validly apply and make statements on God and religious matters which happen to contradict textual indications. According to al-Ghazali, wherever astronomy apparently contradicts textual indications, it is the fault of the astronomers who have surely made errors in their scientific works as far as they have been led to erroneous conclusions. Al-Ghazali quotes, among the three most serious errors defended by Philosophers in his time (and qualified as « infidelity », kufr) : « Their statement about the pre-existence of the cosmos and its eternity, that no Muslim has ever claimed. » In his book Tahafut al-falasafah, al-Ghazali attempts to revisit the proofs given by philosophers and to demonstrate where their errors lie. On the other hand, al-Ghazali writes, the common believers, after seeing the excesses of these scientists, are led to reject all sciences indiscriminately. Al-Ghazali condemns « those who believe they defend Islam by rejecting the philosophical sciences », and « actually cause much damage to it. »

Ibn Rushd, in his Kitab fasli-l-maqal wa taqrir ma bayna-sh-shari`ah wa-l-hikmah mina-l-ittisal, examines again the issue addressed by al-Ghazali. Ibn Rushd was a judge (qadi) and his text is indeed a juridic pronouncement (fatwa) to establish « whether the study of philosophy and logics is allowed by the revealed Law, or condemned by it, or prescribed, either as recommended or as mandatory. » As the enforcement of the revealed Law requires the use of the juridic syllogism (qiyas shar`i) in Islamic jurisprudence, knowing Creation and meditating upon it require the use of the rational syllogism (qiyas `aqli), that is, the philosophers’ works that Ibn Rushd prudently prefers to call « wisdom » (hikmah), by using a Koranic term, instead of « philosophy » (falsafah). Now, « since this revelation [i.e. the Koran] is true and prompts to practicing rational examination (nazhar) which leads to the knowledge of truth, we Muslims know with certainty that examination will never contradict the teachings of the revealed text : because truth cannot contradict truth, but agrees with it and supports it. » As a consequence, Ibn Rushd explains that wherever the results of rational examination contradict the textual indications, this contradiction is only apparent and the text has to be submitted to allegorical interpretation (ta’wil).

This is clearly what happened in the West. Ibn Rushd was a man of faith, but many scientists in the West are not. The allegorical interpretation of the Holy Scriptures and the appropriation of reality by science has led to the « absence of meaning » we noted previously. What is forgotten here is the following. Because the necessity to solve the apparent contradictions between science and religion rationally, for sake of a unique truth understood only as logical non-contradiction, has led to a spiritual crisis, it must be replaced by a broader vista. The solution of the discrepancies can be found completely in al-Haqq, who will satisfy our need. We must accept to live with this tension towards the Truth, that requires the continuous existence of puzzles pointing at the fundamental mystery that sustains the world. The most relevant one deals with our own salvation, as Ibn ‘Arabi alluded during his well-known interview with Ibn Rushd, when he clearly teaches that some questions have no solution.


← Knowledge and Truth in Islam
Modern Cosmology in a Nutshell →