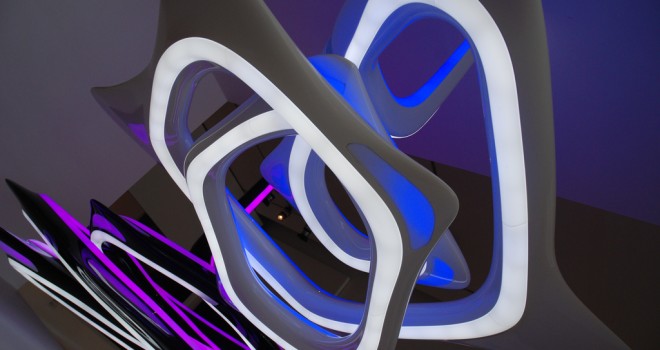 Islam and Science: concordance or Conflict? By Prof. Abdus Salam 3/5

The Decline of Science in Islam

Why did creative science die out in Islam? Starting around 1100 C.E, this decline was nearly complete by 1350 CE. Why did we in the Islamic lands lose out?

No one knows for certain. There were indeed external causes, like the devastation caused by the Mongol invasion, but, grievous though it was, it was perhaps more in the nature of an interruption. Sixty years after Ghengiz, his grandson Halagu was founding an observatory at Maragha, where Nasir-ud-din Tusi worked.

In my view, the demise of living science within the Islamic commonwealth was due more to internal causes—firstly of isolation of our scientific enterprise and secondly of discouragement to innovation (taqlid). The later parts of the 11th and early 12th centuries in Islam were periods of intense, politically motivated, sectarian and religious strife. Even though a man like Imam Ghazali, in the first chapter of his great Ihaya Ulum-Ud-Din, The Revival of Religious Learning, writing around 1100 C.E, could say:

Even though Imam Ghazali could write this, the temper of the age had turned away from creative science, either to Sufism with its otherworldliness or to a lack of tolerance for taqlid and innovation in all fields of learning including the sciences.

To illustrate the apathy towards the creation of sciences which came over Islam, let me quote from Ibn Khaldun (1332-1406 C.E), one of the greatest social historians and one of the brightest intellects of all times in his field. Ibn Khaldun writes, in his Muquddimah:

“We have heard, of late, that in the land of the Franks, and on the northern shores of the Mediterranean, there is a great cultivation of philosophical sciences. They are said to be studied there again, and to be taught in numerous classes. Existing systematic expositions of them are said to be comprehensive, the people who know them numerous, and the students of them very many…Allah knows better, what exists there…But it is clear that the problems of physics are of no importance for us in our religious affairs. Therefore, we must leave them alone.”6

Ibn Khaldun displays little curiosity, no wistfulness. The apathy his words appear to convey led to a drawing inwards, to an isolation of our scientific enterprise. As everyone knows, isolation in the sciences and the veneration for authority it engenders, spells intellectual death. In our great days in the 9th and 10th centuries, we had founded, in Baghdad and Cairo, international institutes of advanced studies (Baitul-Hikmas), and assembled international concourses of scholars there. But from 1300 C.E, no more. Any science that was cultivated was concentrated in religious seminaries, where tradition was valued more than innovation. “The learned men of Transociana, who upon hearing of the establishment of the first Madrasah, appointed a solemn menesonial science, as tradition tells us, in commemoration of departed science, were shown to be correct in their estimate.”7 The very encyclopaedic nature of knowledge and science in Islam was now a hindrance in an age of specialisation. The wholesome faculty of criticism, by which a young researcher questions what he is taught, re-examines it, and brings forth newer concepts, was no longer tolerated or encouraged.

To complete the story, from Ibn Khaldun’s days, this intellectual isolation continued—even during the great empires of Islam, the empires of Osmani Turks, of the Iranian Safvis, and of the Indian Mughals. It is not that the sultans and the shah-in-shahs were not cognisant of the technological advances being made by the Europeans; they could hardly have been unaware of the intrusive superiority of the Venetians or the Genoese in the arts of gun-founding, or of the navigational and ship-building skills of the Portuguese who controlled the oceans of the world, including all oceans bordering on Islamic lands, and even the Hajj sea routes. But they seem never to have realised that the navigational skills of the Portuguese were not accidental; these had been scientifically developed and sedulously cultivated, starting with the research establishment of Sagres set up in 1419 by Prince Henry the Navigator.

Was this decline due to misplaced arrogance? William Eton 8 the British Consul to the Ottoman Empire would write in the year 1800:

“No one has the least idea of navigation and the use of the magnet…Travelling, that great source of expansion and improvement to the mind is entirely checked by arrogant spirit of their religion and…by the jealousy with which intercourse with foreigners…is viewed in a person not invested with an official character…Thus the man of general science…is unknown: anyone, but a mere artificer who should concern himself with the founding of cannons, the building of ships or the like, would be esteemed little better than a madman.”

He concluded with the remark, with an ominous modern ring:

“They like to trade with those who bring to them useful and valuable articles, without the labour of manufacturing.”

What is the situation today? Of all the major civilisations on this globe, science is the weakest in the Islamic Commonwealth. I sometimes suspect that some of us Muslims believe that while technology is basically neutral, and that its excess can be tempered through an adherence to the ethics of Islam, science, on the contrary, is value loaded; that modern science must lead to “rationalism,” and eventually apostasy; that scientifically trained men among us will “deny the metaphysical presuppositions of our culture.”  There is in this sentiment an implied insult to our cultural values for their fragility; but leaving this aside, to such thinking, all I can say is: Do not fight the battles of yesterday when the so-called “rational philosophers,” with their irrational and dogmatic faith in the cosmological doctrines they had inherited from Aristotle, found difficulties in reconciling these concepts with their faith.

One must remind oneself that such battles were even more fiercely waged among the Christian schoolmen of the Middle Ages. The problems which concerned the schoolmen were mainly problems of cosmology and metaphysics: “Is the world located in an immobile place, does anything lie beyond it; Does God move the primum mobile directly and actively as an efficient cause, or only as a final or ultimate cause? Are all the heavens moved by one mover or several? Do celestial movers experience exhaustion or fatigue? What was the nature of celestial matter? Was it like terrestrial matter in possessing inherent qualities such as being hot, cold moist and dry?” No wonder when Galileo tried, first, to classify those among the problems which legitimately belonged to the domain of physics, and then to find answers to them through physical experimentation, he was persecuted. Restitution for this is being made now 350 years later.

At a special ceremony in the Vatican on May 9, 1983, His Holiness the Pope, in the presence of 33 Nobel Laureates and 300 other scientists, declared:

“The Church’s experience, during the Galileo affair and after it, has led to a more mature attitude…The Church herself learns by experience and reflection and she now understands better the meaning that must be given to freedom of research…one of the most noble attributes of man. It is through research that man attains to Truth…This is why the Church is convinced that there can be no real contradiction between science and faith…(However), it is only through humble and assiduous study that (the Church) learns to dissociate the essential of the faith from the scientific systems of a given age, especially when a culturally influenced reading of the Bible seemed to be linked to an obligatory cosmogony.”