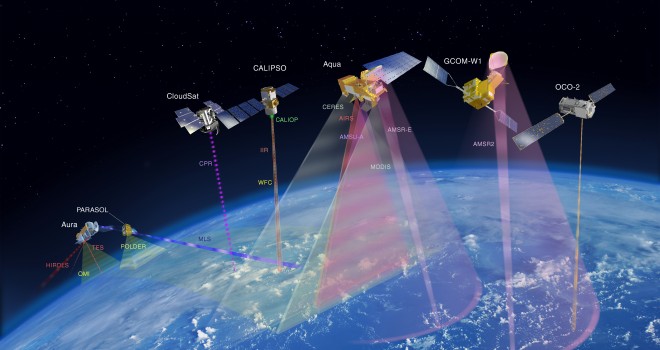 In the past few weeks, several impressive developments occurred in the space technology world. Perhaps the most striking one was India’s launch of a spacecraft to Mars, followed by China’s launch of a robotic mission to the moon and the successful placing of the UAE’s Dubaisat-2 satellite by a Russian rocket.

Last year, with the UAE having three satellites orbiting the planet (Dubaisat-1, Yahsat 1A and Yahsat 1B), I wrote an article here emphasising the importance of satellites both in our lives and in the national strategic realm. Indeed, the space race was started in 1957 when the Soviets successfully launched the first satellite in history, which the Americans quickly took as an extraordinarily potent step which they countered with the establishment of Nasa, the revamping of their math and science curricula, and a multidisciplinary national effort, all leading to a landing on the moon barely 12 years later.

Likewise, while India has been in space for almost 40 years, launching rockets and placing satellites in orbit, a mission to Mars places it among few select nations on earth and sends a signal to everyone (within the country and without) that India is now a highly advanced nation, technologically and scientifically. Indeed, some of my students asked me why India would spend tens or hundreds of millions of dollars on a mission that will bring it nothing tangible while it has millions of poor people to feed, and I replied that India wants to look up and march forward and set higher goals for its people.

A few years ago, India, one may recall, sent a spacecraft to the moon, Chandrayaan-1, and found water there, probably the first real confirmation of that. It also has announced its intention to develop a manned space programme within the next several years.

And in addition to its own suite of satellites, for high-resolution remote sensing and various other applications, India has become a prime commercial space enterprise, launching satellites, sometimes several at once, for various countries, including some Arab states. There is also a solid educational programme linked to the space programme, like Stud-Sat (the “Students Satellite”), which was built by engineering students in Bengaluru and Hyderabad.

The UAE too has understood the importance of developing a space programme. The above-mentioned satellites are built with Emirati financial and (at least partially) human resources, and this in itself is a lofty endeavour of human development. Moreover, the Dubaisat and Yahsat satellites provide important data, another significant goal of the programme. And perhaps in the near future, national launching capabilities will be developed, as other nations have done in the region.

Iraq was the first Arab state to launch a satellite (in December 1989), becoming the tenth nation in the world to put one in orbit. Other Arab countries later had some satellites placed in orbit for them; they largely focused on remote sensing, e.g. Morocco (Maroc-Tubsat, launched in Dec. 2001) and Algeria (with its Alsat-1, launched in November 2002), or GSM-telephony, e.g. the UAE’s Thuraya (built by Boeing, the first being launched in October 2000, the second in January 2003).

Regionally, for a number of years now, Iran has been developing a space programs in two complementary directions: constructing “home-made” satellites and developing rocket-missile technology that can accurately place them in orbit. Indeed, it succeeded in doing both (a few years ago), and a few months ago it announced the establishment of a new space center that can, among other things, track any “objects” that pass over the country. And after briefly sending a monkey to (nearby) space last spring, it has announced plans to send humans up by 2018.

Finally, Israel has been a space power for decades. It has launched dozens of satellites, the exact number being unknown, as many are “top secret”, but more importantly, it is a recognised leader in several areas of space technology, such as nano-satellites and robotic space missions. Indeed, Israel hopes to land a small spacecraft on the moon next year. It too has set up advanced educational programmes to tie in to its space projects.

Two years ago, the committee on science, space, and technology in the US Congress held a session to discuss the status of the American space program. Neil Armstrong and Eugene Cernan, the first and last men to walk on the moon, presented their views. Cernan eloquently put it: “The space programme [is] an investment in the future – an investment in technology, jobs, international respect and geo-political leadership, and perhaps most importantly in the inspiration and education of our youth. Now is the time to be bold, innovative and wise in how we invest in the future of America. Now is the time to re-establish our nation’s commitment to excellence. It is not about space — it’s about the country.”

That is an apt summary of what space programmes are all about: high technological capability, great educational goals, knowledge- and science-based economy, and a grand strategic vision.

Artist’s Concept of the A-Train constellation of satellites. Credit: NASA

The A-train (from Afternoon Train) is a satellite constellation of four French and American Earth observation satellites in sun-synchronous orbit at an altitude of 690 kilometers above the Earth.

They are spaced a few minutes apart from each other so their collective observations may be used to build high-definition three-dimensional images of the Earth’s atmosphere and surface.