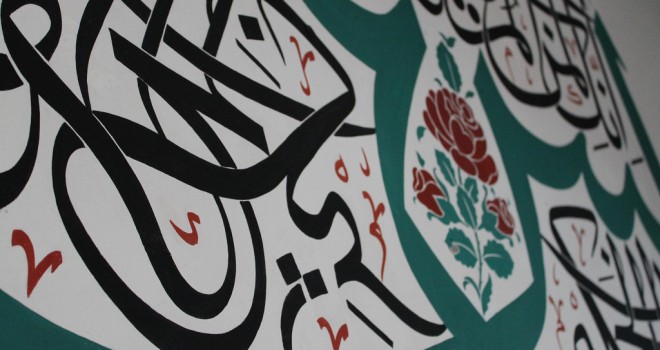 How women scientists fare in the Arab world

I will never forget a rich Arab businessman I met in New York at the Clinton Global Initiative. He had an American lady in charge of his non-governmental organization. She was a great woman dedicated to her work, who would stay until midnight doing her job. He said that women in the Arab world will never succeed until they are ready to stay at work until midnight like the American woman. He complained that Arab women want to go home at five o’clock to look after their families. I was upset. I told him that it should be their choice how long they want to work; and if they have priorities such as family and want to leave at five, then this should be respected. It is men like him, and in some cases women, who undermine who we are.

The issues faced by women in science are beginning to receive more attention. On this page last week, Athene Donald highlighted one initiative to tackle gender bias (A. Donald Nature 490, 447; 2012). I would like to offer a perspective from the Islamic world.

Despite the impression given by extremists, Islam gives women the right to education. More than four in ten women who go to university in Jordan go into science, engineering or medicine. Women outnumber men on courses in natural science, pharmacology and agriculture; numbers are equal in maths and computer science; and one in three engineering students in Jordan is a woman.

Some of the problems faced by women scientists in the Middle East are the same as those faced by women around the world. Our productivity, for instance, is measured on a male scale. The years we spend taking care of children are not calculated as part of the gross domestic product of a country. What is more important — to build physical things or to nurture a human being?

As an example of this male scale, L’Oréal and the United Nations Educational, Scientific and Cultural Organization are running a competition to award fellowships to Arab women scientists — but you have to be under 40 to enter. This is biased, and based on metrics from a male-dominated world, in which if a man doesn’t make it by 40 he is a failure.

The feminist movement was a good thing, but it was too focused on equality with men and failed to enable us to respect ourselves as women and to be proud of who we are.

“One must not fall into the trap of transferring solutions from one culture to another.”

Another common challenge to all women scientists is lack of mentoring and networking. Most women scientists everywhere have two jobs — work and home — and most will not give up home for work. They will always be worried about the children, want to be with them, and feel that the father’s presence won’t compensate for their own absence. So they don’t take time after work to have a coffee with their colleagues.

Yet this informal environment is where scientists learn what is going on; where they lobby, network, mentor and get mentored. Women don’t have the time. Networking is an extra effort. Men mentor each other and spend time together after work, fostering the men’s club. Women rush home to take care of children, not because they have to but because they want to.

Women also have challenges specific to the Middle East. These may not be so obvious because they are subtle, and must be identified, studied and solved by Arab women themselves. For instance, the September study about a bias among US scientists against women, mentioned by Donald last week (C. A. Moss-Racusin et al. Proc. Natl Acad. Sci. USA http://doi.org/jkm; 2012), would not necessarily translate to the Arab Muslim world, where the prevailing attitude among both men and women is that women work hard and are more dependable than men. One must not fall into the trap of transferring solutions from one culture to another.

I know of an American researcher who went to Bulgaria to help women fight for their rights. She went assuming that they would want to demand to work. But Bulgarian women who had lived under Communism wanted the exact opposite. They wanted the freedom to stay at home if they chose.

A much-misunderstood issue is the covering of the hair and sometimes the face by Muslim women. In the West, this is often considered a sign of oppression. Yet more than half the female students and academics in the Arab world choose to cover their hair for religious reasons, compared with fewer than 10% 20 years ago. These young women are educated, affluent and independent. I have a graduate student who covers her face who told me that she believed she would win a Nobel prize. This is not oppression.

I see the Arab spring as an opportunity for women to learn about their rights and to advocate for them — to distinguish between what is tradition and what is religion. This would weed out extremists who, through ignorance, distort the image of Islam. And it would weed out opportunists who want to misrepresent Muslim women. Throughout the Islamic civilization that flourished in the Middle Ages there were more than 8,000 women scholars. There are many more on the way today.