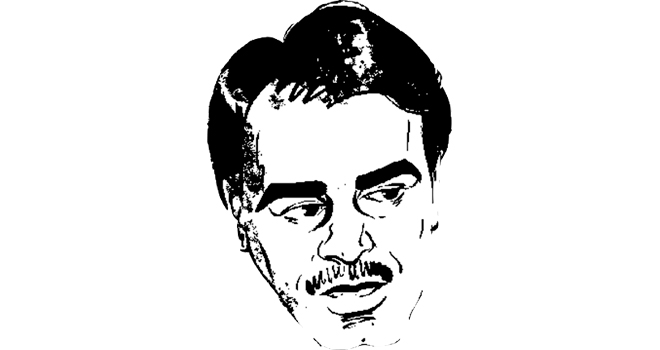 Ziauddin Sardar (1951–) may be surprised at this characterisation, but in my view he can be considered as a modern-day version of Ibn Rushd, albeit a decidedly unconventional one. Indeed, Sardar would be surprised because he is an admirer of al-Ghazzali, a giant in his own right, but one who was forcefully and masterfully rebutted by Ibn Rushd.

Like Averroes, Sardar is well read and versed in the knowledge both of his times and of his classical culture. He too has sharp analytical skills and refined writing talents, and uses both to dissect and shred the views of various schools of thought. Unlike Ibn Rushd, though, Sardar has been endowed with a fine sense of humor.

Ziauddin is something of a contemporary cultural prodigy. Indeed, rarely does one find a person who is so well versed in such a wide spectrum of subjects, from science and technology to philosophy and religion, cultural and postmodernist theories, arts, future studies, policies and politics and more. Moreover, Sardar is a prolific writer; now in his mid-fifties, he has published over 40 books and innumerable articles, not to mention a number of documentaries. Unfortunately, it seems that only one book of his (The Touch of Midas: Science, Values and Environment in Islam and the West) has ever been translated to Arabic, and that too became possible when the then crown-prince of Jordan read it, liked it and funded its translation.

Sardar continues to write regular columns in the British newspapers and weeklies (The Observer, The Independent, New Statesmen); in past times, he wrote extensively (and worked for awhile) for the high-level science journal Nature and the influential weekly New Scientist. Most amazing about Sardar is the fact that he is equally at ease and at home with several cultures at once: the Muslim, the British, the Pakistani and the South Asian; indeed, he can use the whole intellectual heritage of these cultures as well as the large palette of tools they can put at one’s disposal (books, journals and magazines, TV broadcasting, universities and research institutes etc.); and yet he is critical of all of them at the same time. Belonging almost equally to two worlds is never an easy feat; Sardar has described himself as ‘an enigma in both spheres’.

The man has already led a very fulfilling life and has been very influential; indeed, he had achieved that much (fulfilment and influence) by the time he was barely thirty. For a full measure of the variety of experiences he has gone through, one should read his autobiography (Desperately Seeking Paradise), where he describes his intellectual and spiritual voyages from his teenage years in Britain to his trips in the Muslim world (in the seventies and eighties) trying to survey the state of science and technology there, to the years he spent in Saudi Arabia (from 1975 to 1980) when he tried to help modernise some aspects of Islamic life (Hajj, for example), to his intellectual battles within and on behalf of his Ijmali school of thought, to his failed attempts to help make Malaysia the ‘new Andalus’ (the spirit of Ibn Rushd surfacing here again).

Sardar has always been interested in the future, particularly that of Muslim societies. For that reason he examines the present. And to understand the present, he sometimes needs to delve into the past. He is convinced that no progress can be made by any society if it tries to apply artificial solutions, such as those that consist of emulating the West or implementing its ready-made techniques and solutions. Furthermore, his critique of modern science, of hard-line rationalism and of colonial (classical and neo) methods has not earned him the love of proponents of the West and its civilization. Because of this stand, he has often very mistakenly been considered a traditionalist. On the other hand, the neo-traditionalist camp (Seyyed H. Nasr and his followers) have criticised Ziauddin for his little usage of the spiritual dimension of Islam; in their view, he seems mainly interested in ethical, environmental and Third World (post-colonial) critiques of science, not in its fundamental metaphysical bases.