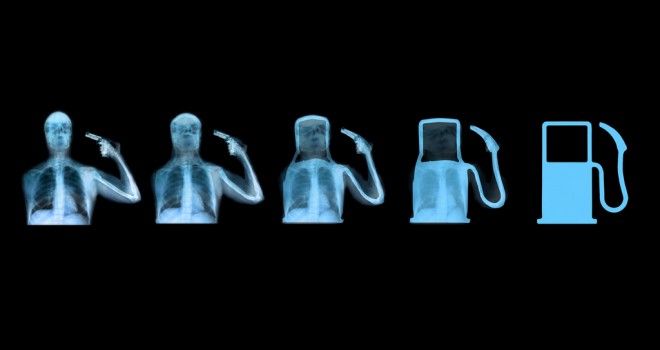 How to stop creationism gaining a hold in Islam

Salman Hameed teaches astronomy and religious studies at Hampshire College in Amherst, Massachusetts. He has lectured in Pakistan on reconciling evolution with Islam.

Hameed spoke with New Scientist about the rise of creationism in the Muslim world, what scientists can do to promote evolution there, and why he thinks Richard Dawkins and other atheists will push Muslims away from evolution.

How is evolution perceived in Muslim countries?

If you ask the question of whether you accept evolution or not, we find that a large portion of people, vast majorities, reject evolution. Compared to the US, where 40% are comfortable with evolution, in the Muslim countries that would go down to 10, 15, or 20%. In Turkey, one of the more secular Muslim countries, the level is between 22 and 25%.

Why the low acceptance rates?

Evolution has not been in the public discourse, so it depends on what people believe evolution is. Right now, there is a misperception that evolution equals atheism.

Are there any religious teachings in the Koran or elsewhere that conflict with evolution, as some creationists claim is the case with the Bible?

The Koran itself does not provide a single clear-cut verse that contradicts evolution.

One of the big evolution problems from the US creationist perspective is the age of the Earth. Logically speaking, if you believe in a 6000 or 10,000 year-old Earth, then you have to reject evolution

In the Muslim countries, young Earth creationism is nonexistent. The Koran is very vague about creation stories, specifically regarding the creation of the universe. If you accept an old Earth, then it makes it relatively easier to accept evolution.

Then what is the basis for Islamic opposition to evolution?

In some instances, evolution becomes a symbol for Western dominance and a sign of modernity. Evolution can act as a lighting rod, as a symbol of the West and everything that is bad about the West – usually translated as material culture or materialism.

Are there any organised efforts to discredit evolution in Muslim countries, like we see in the US and Europe?

The most prominent is Adnan Oktar, who goes by the pen name Harun Yahya.

He has the most well-funded organisation and its main purpose is to discredit evolution. He believes that the theory of evolution is the cornerstone of Western ideology and that if he undermines evolution, it’s going to undermine Western society.

His books are widely available in the Muslim world and they are translated in several Muslim languages. His TV shows are shown once a day in Pakistan.

Does that make you worry about evolution’s chances in the Muslim world?

I think that science can provide an alternative viewpoint. In the Muslim world there is tremendous respect for science itself. The general thinking is that Islam and science are compatible, or that Islam is a scientific religion.

If evolution can be shown as a sound science, then the general belief that Islam and science are compatible may lead people to accept evolution within Islamic framework, especially if it is presented with good evidence.

I think it’s not a doomed situation. This is the time when people are starting to inquire more about evolution, so I think the next five to 10 years are crucial in solidifying people’s opinions.

Do schools in Muslim countries face the same challenges to teaching evolution that we see in parts of the US?

Evolution is included in schools in many Islamic countries, so it is already in the textbooks. They’re not fighting that battle.

There is no separation of church and state, or mosque and state as we call it, so it is taught in a religious environment. [Most teaching] presents evolution pretty much as an established scientific theory.

How do you promote evolution in Muslim countries?

In my last couple of visits to Pakistan, I have given lectures dealing with science and religion. People are more open than I thought they would be in hearing about evolution. There is a real dialogue about evolution, and you can see that people are willing to entertain the idea.

This dialogue will be cut short immediately if you bring in atheism. If evolution is presented as a choice between evolution and religion, people are going to pick religion. No question.

So we shouldn’t send Richard Dawkins on a Middle East speaking tour?

[American physicist] Steven Weinberg said evolution doesn’t make belief in God impossible, it only makes not believing in God possible, and I think this is crucial.

The Catholic church and Anglican church are not, as far as I know, atheistic organisations. These are religious organisations, but they accept evolution as a working principle behind the diversity of species. I think the same argument can and should be made in the Islamic world.

I have tremendous respect for Richard Dawkins and what he is doing. I love his books. But this connection between evolution and atheism, that’s not going to be very helpful.

What can scientists do to boost the understanding of evolution?

Right now the problem is the only voice we have is of Harun Yahya. People are not hearing what evolution is.

There is tremendous respect for scientists in the Muslim world, and I think biologists and other scientists should write in newspapers and magazines for Muslim audiences – write why we accept evolution, what is the evidence for evolution. I think this will be a great service.