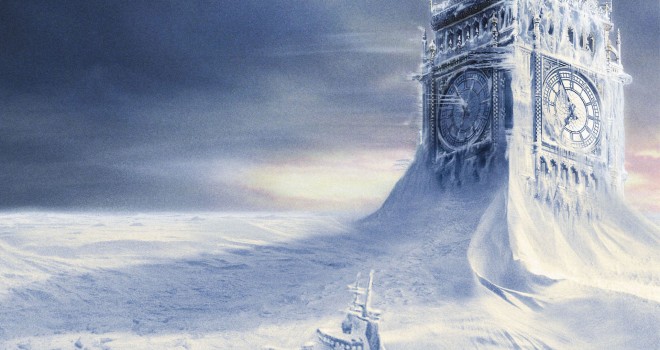 Have you watched 2012, the movie? It is quite entertaining, actually, mainly for its state-of-the-art special effects. The split-family subplot and other formulaic human stories were added for good Hollywood measure. The science basis for the film, however, was totally erroneous.

The movie tried to exploit the worldwide interest in the Mayan calendar’s prediction that 2012 (December 21, to be precise) would mark the end of times. Why that particular date? Because, according to that scenario, the earth, the planets, and the sun would be aligned with the galaxy’s centre.

Let me immediately state that first, there won’t be any such alignment.

Secondly, December 21 is the winter solstice, when the earth’s axis is, for us in the northern hemisphere, most inclined away from the sun (hence the winter season), and that cannot possibly be affected by any such ‘alignment’.

And thirdly, humans (astronomers) only understood the structure of our galaxy (the Milky Way) in the 20th century, long after the Mayans constructed their cosmic calendar.

But the 2012 doomsday scenario struck a chord with people, and Hollywood took immediate notice, producing the movie.

People love disaster movies. Just over the past two decades, there have been close to a hundred of them, covering such a variety of themes as geological upheavals (The Core), asteroid and comet strikes (Armageddon and Deep Impact), severe climate transformations (The Day After Tomorrow), global epidemics (Contagion), transportation disasters (Titanic), careless or criminal human behaviour (problems in nuclear reactors, chemical and biological weapons), and, of course, space and alien troubles (Independence Day).

Now, I enjoy science-fiction movies (and novels), at least the good ones, as much as anyone, probably more than most people. I have even sometimes assigned some science fiction novels (Arthur C. Clarke’s) as required readings in my astronomy course.

And I do allow for some leeway in storytelling, but not so much as to violate reason and established science, and certainly not when such faulty ideas migrate from the screen or pages to the real world and become widely held beliefs and convictions.

To repeat, there is not an iota of truth or correct science in the 2012 scenario or in the movie.

But people who connect the dots (even when they shouldn’t) will remark that the sun plays a major role in the 2012 scenario. They will then point out that the sun is a year or so close to the maximum of its 11-year cycle of activity, and just this March 7 the sun produced its biggest eruption in five years.

So is that not an effect to be concerned about, perhaps in connection with some kind of larger catastrophe?

No, first, the sun has for billions of years produced eruptions of larger intensity; indeed, this cycle’s maximum activity is predicted to reach only half the levels of the previous cycle, and past ones have obviously not been catastrophic. Solar flares and prominences, which can really be huge, produce spectacular aurorae, mostly in northern latitudes, but also some electrical disruptions, even blackouts in rare occasions.

Satellites are also affected, in fact much more since they orbit beyond the earth’s magnetosphere, which protects us from the dangerous solar-wind electric particles.

But people who love disaster scenarios, and often believe (as in the 2012 movie) that the truth is being hidden from the public by governments, keep looking for items that might constitute a coming apocalypse.

So, for example, last year we had the comet Elenin which, contrary to what the doomsayers were predicting, missed the Earth by 35 million kilometres, i.e. 90 times farther than the moon.

That didn’t do it, but now we have Asteroid 2012 DA14, which was discovered just last month, and which preliminary parameters show it to be passing by our planet next year rather “closely” (by astronomical standards): at 27,000 kilometres. That indeed is very close, but it will miss. And even if we allow for the usual uncertainties in scientific calculations, one finds the probability of an impact on Earth to be about one in 100,000, which is less than the odds of being hit by lightning in one’s lifetime.

OK, but what if our calculations are wrong, and it is coming toward us, won’t it destroy us? Actually, with a diameter of about 45 metres, it will either destroy a city (should it hit one) or produce a tsunami (if it falls into the sea), neither being good, but not globally destructive.

But in case it is found to be heading toward earth, we will destroy it Bruce-Willis-style (in the movie Armageddon), that is by exploding it in space with nuclear weapons.