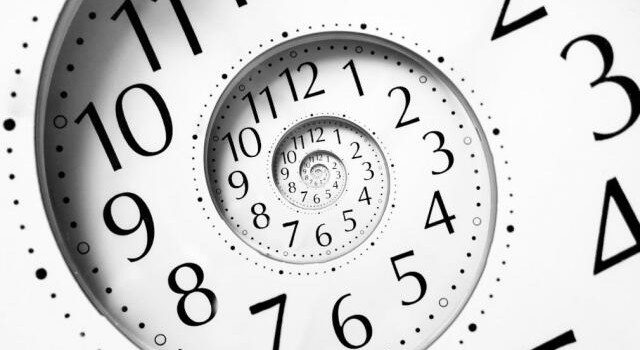 The next major battle over evolutionary theory is likely to occur not in the United States but in the Islamic world or in countries with large Muslim populations, because of rising levels of education and Internet access there, as well as the rising importance of biology, a scientist now says.

Like with Christians or Jews, there is no consensus or “official” opinion on evolution among Muslims. However, some of them say that the theory is a cultural threat that acts as a force in favor of atheism, says Hampshire College’s Salman Hameed in an essay in the Dec. 12 issue of the journal Science. This is the same beef that some Christians have with evolution.

However, a general respect for science in the Islamic world means scientists have an opportunity to counter anti-evolution efforts, including the “Atlas of Creation,” a glossy 850-page color volume produced by Muslim creationist Adnan Oktar who goes by the name of Harun Yahya. Numerous university scientists and members of the media received copies of this book as an unsolicited gift in 2007.

“There is a standard narrative that science and Islam are compatible, but evolution is one thought that challenges this assumption,” Hameed told LiveScience. “It’s interesting to see how people respond to it and create their world view in response to that challenge.”

Better education, the spread of Internet access and news about U.S. controversies over evolution are provoking some Muslims worldwide to start to ask whether Islam is compatible with evolutionary theory, Hameed said.

“Now is the time that these ideas are going to be solidified. We can shape it. There are positive ways to shape these ideas in which we can avert a mass rejection of evolution,” Hameed said.

Christian creationists believe God created animals, humanity, Earth and the universe in their original form in six days about 6,000 years ago, a literal interpretation of the Book of Genesis in the Bible. Muslim creationists have similar beliefs, based on the Quran, though they tend to be open to a wider range of interpretations. Scientists say, however, that evolutionary theory (the idea that all organisms evolved from a common ancestor) and the mechanism of natural selection explain the diversity of life on the planet. The theory is well-supported by evidence from multiple fields of study. Evolution not only explains how early primates evolved to become human, but how one species of bird becomes two, and how viruses morph over time to resist drugs.

Scientists can only speculate on where and exactly how life began on Earth, but fossil evidence dates the earliest life to about 3.7 billion years ago.

Hameed’s essay, meanwhile, comes on the heels of an ABC “Nightline” interview this week with President Bush during which he said that he doesn’t think that his belief that God created the world is “incompatible with the scientific proof that there is evolution,” as well as a Philadelphia Inquirer story quoting EPA Administrator Stephen Johnson as saying he does not think there’s a “clean-cut division” between evolution and creationism.

Scientists worry that those who ignore or dismiss the strong evidence for evolution might also be prone to a worrisome lack of critical thinking, and that over time, support for science and medicine in general could erode.

The Muslim take on evolution diverges somewhat from the classic Christian creationist stance. For instance, Muslims generally accept the scientific evidence that the world is billions of years old, rather than 6,000 years old. Some scholars point to early evolutionary thinking among medieval Muslim philosophers who discussed common descent, Hameed writes. These philosophers, along with Aristotle and others, were among numerous early thinkers to ponder evolution, although people should be “careful in terms of not going overboard” by crediting any of them with coming up with natural selection, the mechanism for evolution that Darwin arrived at, Hameed said.

Still, today, only 25 percent of adults in Turkey agree that human beings developed from earlier species of animals, whereas 40 percent of people in the United States agree with this scientific fact, Hameed writes. And Turkey is one of the most secular and educated of Muslim countries.

Hameed cites data from a 2007 sociological study by Riaz Hassan which revealed that only a minority in five Muslim countries agree that Darwin’s theory of evolution is probably or most certainly true: 16 percent of Indonesians, 14 percent of Pakistanis, 8 percent of Egyptians, 11 percent of Malaysians and 22 percent of Turks.

The solution is for Muslim biologists and doctors to present evolutionary theory as the bedrock of biology and to stress its practical applications, Hameed writes, adding that efforts to link evolution with atheism will defeat efforts to help Muslims accept evolution.