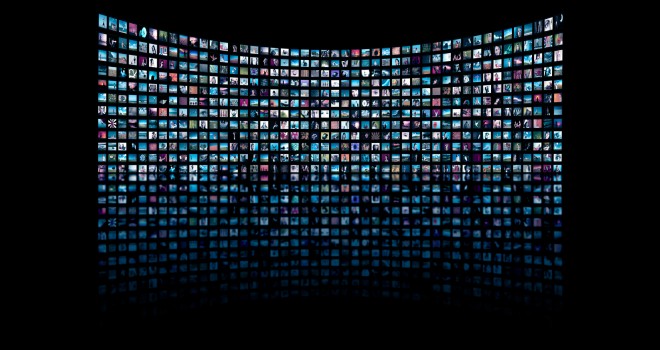 Entertainment can also be thought-provoking

The summer is upon us. So for most youngsters, it means no school, no books, loads of entertainment and a lazy lifestyle. Many adults read books, mainly novels, during their summer holidays, but youngsters mostly spend their time on video games and movies. That is part of today’s life — no point in cursing it; better to try to make the best of it.

I know almost nothing about video games, so I cannot help “make the best of them”. But I know a bit about movies and I can see a good way of making them both enjoyable and thought-provoking, by keeping one’s critical faculties operative while watching and asking oneself a few questions.

This “hmmm” attitude at the movies applies particularly well to big action, futuristic and science-fiction movies, e.g. this year’s After Earth, Gravity, Oblivion, Star Trek, etc. (none of which I’ve seen yet), but it can also be adopted more widely to a large variety of movies, novels and other entertainment.

The general question that I suggest everyone ask themselves while watching such movies is: How credible is this premise and scenario? And for futuristic movies, how likely, and how far into the future, will this idea turn into reality?

Futuristic movies have a wonderful way of challenging us with imagined inventions and new life setups. Viewers must then bring up all their critical thinking, background knowledge and understanding of history and present and future trends to decide what may be a near-future possibility, what may be conceivable but is still far from realisation, or what may be a ridiculous violation of established knowledge.

Let me give you a few examples.

The movie Minority Report, which was released in 2002, was very entertaining and original in both the story it told and the effects it presented us with. Set in 2054, i.e. half a century ahead, and filled with nifty gadgets and smart tools, it made its viewers accept the setup and tag along for the fast ride. Transparent screens? Hmm, maybe. Flying cars? Sure, especially 50 years from now. But psychics seeing crimes before they occur? No, that’s where my critical alertness pulls me from the ride.

Some movies have been stunning in their ability not only to describe some aspects of the future, but to raise disturbing questions. Take 2001: A Space Odyssey. Shot in 1968, well before FX became a standard and easy part of movie-making, it had a series of neat effects (the rotating spacecraft, for one) and smart objects (the Ipad-like device, among others), but also a host of important ideas that were way ahead of their times — the “simplest” of them was the artificially intelligent computer that went mad and even criminally psychotic. (And I will leave out the mind-bending cosmic trip through space-time and wormholes …)

Other movies have been extraordinary in showing us what the future was going to hold. Man’s travel to the Moon, the space station, iris-scanning devices, artificial arms or legs directly controlled from the brain and other such examples were shown in movies well before they became reality.

Other movies showed us possible future developments that we must seriously think about now, before they hit us in the face. Those include artificial intelligence that goes rogue (2001: A Space Odyssey), genetic engineering on animals (Jurassic Park) that produces disasters, genetic “enhancement” of humans that creates new classes in society (Gattaca), replicants (or biorobots) that acquire feelings, free will and even spirits (Blade Runner), big asteroids that hit the earth and kill almost all humans (Deep Impact) … and many other great works of movie-making and (subtle) socio-philosophical commentary … Other movies skirt the impossible with fascinating possibilities: Teleportation (probably not for big objects and humans), time travel (almost certainly not), etc.

And then, of course, there are movies that just disregard reality, science and even common sense. Those include The Core, where the earth’s core stops rotating and the planet’s electromagnetic field begins to collapse, and 2012, where a combination of events — including an alignment of the planets with the centre of the galaxy and severe eruptions of the Sun — lead to a shift of the Earth’s crust, a reversal of its magnetic field, a total change in the climate and extreme earthquakes, tsunamis, volcanoes, and more.

I know that it is often a challenge to make sense of movie scenarios, let alone figure out whether they are closer to reality or to total fantasy. However, I believe it is quite satisfying for educated and intelligent viewers to add this critical dimension to their enjoyment of a good plot — assuming the movie is well made to begin with.

So go ahead, enjoy good movies and novels, but ask yourself such questions about the premises and the devices used there. There is no reason why good entertainment cannot be combined with good education and thoughtful reflection.

Nidhal Guessoum is associate dean at the American University of Sharjah. Follow him on Twitter at www.twitter.com/@NidhalGuessoum.