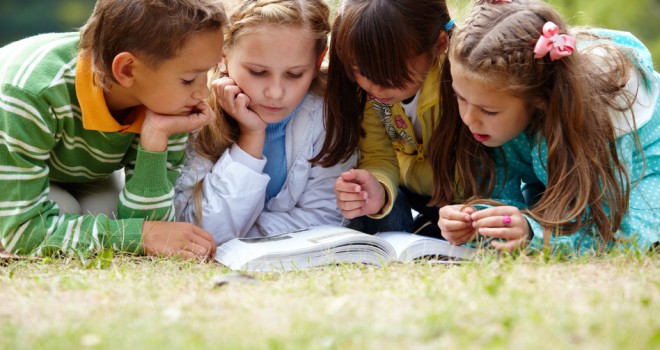 Education and its global footprint

One or two generations ago, about one in 10,000 Arabs could get university education. In the 1950s, there were only about 20 universities, public or private, in the entire Arab world. Today, there are more than 400, attended by more than eight million students.

Thanks to the huge efforts by Arab-Muslim states over the past 50 years, access to college education has increased more than 100 fold. Still, there are large needs, in this region and beyond, particularly in China and in India.

Indeed, as is always the case, once the basic needs have more or less been satisfied, the issue of quality surfaced and with it, comparisons with the gold standard — i.e. US universities. This led to new demands. Students and parents want the best, which essentially means trying to enrol in US, UK and Australian universities and governments the world over, including European ones, realised that they needed to make drastic improvements if they were to retain some level of competitiveness with American universities.

With the globalisation of commerce, the opening of borders to goods, improvements in socio-economic conditions in many countries and the emergence of the “knowledge economy”, came a certain globalisation of higher education with increased worldwide traffic of brains. More than three million students now study outside of their countries, half of those in the US, UK and Australia, with US accounting for the lion’s share of young brains. The number, according to Ben Wildavsky in The Great Brain Race, has increased by 57 per cent between 1999 and 2009, and it is expected to surpass eight million in 2025. Likewise, for scholars. More than half of the world’s top physicists are now working in countries other than their own and three quarters of economists at US universities have received their Bachelor degrees in another country.

This recent increase in demand for higher education has not been lost on western universities, particularly American ones. Many of them have, for the past decade, been striving to open branches or sign agreements with ministries and institutions in other countries. Today, there are some 200 branches of American universities outside of the US.

Smaller countries, with a reasonably good base and infrastructure for higher education, have also noticed the trend and they have been making efforts to try to have a piece of the cake. Singapore has aimed to attract 150,000 foreign students by 2015, Malaysia is hoping to increase its number of international students from 45,000 in 2005 to 100,000 in 2015, while Jordan is seeking to attract 100,000 foreign students by 2020. Japan aims to raise its numbers from 100,000 to one million by 2025.

China and India are huge markets. There, the goal is to open quality universities for the growing numbers of students who will need to be highly educated in order to run those two big economies. But serious difficulties face such efforts, including governmental laws, cultural factors and social equity considerations.

What are the consequences of this fast globalisation of higher education and how do the UAE and the Gulf fit into this landscape?

First, this globalisation is explicitly imposing English as the lingua franca of higher education — science, research, management, economy and to a certain extent culture. In times when local and regional languages and cultures are resisting westernisation trends, this globalisation will increase the pressures and tensions by producing elites that think and speak in English much more than in Arabic or other native languages.

Another consequence is the increase or decrease in “brain drain” for different countries, depending on whether they can attract talent and competencies with good salaries, lifestyles and social opportunities.

Thirdly, all universities will now face strong pressure to satisfy national and international accreditations, which can only be a good thing, as this enforces higher standards, which have long been largely lacking in many countries. Hence, universities will feel compelled to improve their attractiveness to faculty members in order to maintain the required standards and this will mean not only good salaries for faculty members but good academic and cultural environments, academic freedom and research opportunities.

On most, if not all these counts, the UAE and the Gulf are well positioned for the future: Infrastructures are first-rate, economic conditions and opportunities are excellent and social and cultural environments are rather perfect, with peace, security and tolerance perhaps all together the best in the world. Local and regional universities, however, need to network more in order to compensate for the relatively small sizes of the institutions and create a real academic community. Every institution for itself will not do anyone any good.

The globalisation of universities can be a trend with positive or negative impacts for higher education in different countries, depending on how they act or react.

Germany was the original blueprint for the “research university” of the 19th century that American universities emulated and then quickly surpassed. But Germany realised how far behind it is trailing in “the great brain race” and has taken some major steps to close the gap. Likewise, France, which was the birthplace of some of the earliest Renaissance universities (Paris and Montpellier), has embarked upon a serious reform push for its higher education system.

So must ministries of higher education in the rest of the world, if they do not want to see their universities become museums and their students flee to greener pastures where they can grow and strive.

By Nidhal Guessoum, published in Gulfnews.com, May 23th 2013.

Nidhal Guessoum is associate dean at the American University of Sharjah. He can be followed on Twitter and Facebook.


← Non-fiction: Islamic route to conservation
Entertainment can also be thought-provoking →