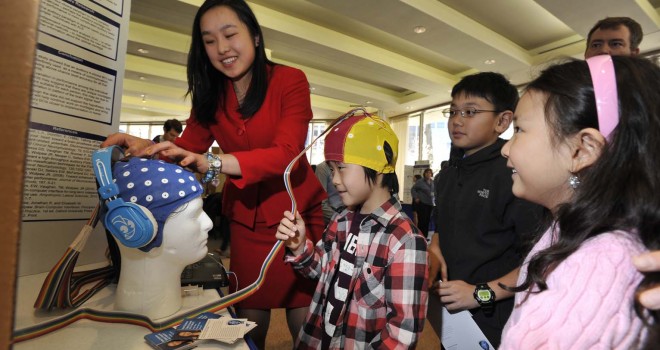 Ordinary people have lots of time to devote to ‘routine’ processes and amateurs have marvellous patience, which can and must be taken advantage of

In my previous column (‘Satellites are taken for granted now’, Gulf News, May 4), I insisted that major Science and Technology projects such as the UAE space programme (Dubaisat and Yahsat) should be turned into wide educational, scientific and cultural programmes. Indeed, schools, the media, cultural institutions, and the general public can play a variety of roles from participating in the scientific research itself to spreading the educational and cultural benefits of the projects. How, you may ask, could the general public or even schools participate in (advanced) scientific research?

For many years now, a worldwide trend known as “Citizen Science” has developed. In various such projects, laypersons collect and analyse data, monitor a variety of natural phenomena, help develop tools, particularly software and smartphone apps, for scientific projects, and disseminate knowledge from those projects in educational and cultural venues.

Some such “citizen science” projects are episodic, such as the ‘100 hours of astronomy’, where the general public was enlisted to classify one million galaxies from a research database in 100 hours, or the ‘World Water Monitoring Day’, where people test local water sources and report the information to a common website. Other such projects are yearlong and ongoing, such as the SETI@Home project, where over 3 million people use a software to analyse data obtained by dedicated telescopes in search for extraterrestrials (SETI stands for ‘search for extra-terrestrial intelligence’), or the ‘Protein-Folding Fun’ project in which participants play a game aiming at finding new, stable structures for proteins that might prove useful in curing various diseases.

Scientific research seems to have come full circle. When the scientific revolution occurred, a few centuries ago, many researchers were amateurs who explored nature out of curiosity and almost incidentally made major discoveries. Most famously, William Herschel and his sister Caroline discovered the planet Uranus and made other major contributions to astronomy. Then, research became a complex endeavour wherein only people who had undergone many years of training and obtained advanced degrees could participate in scientific projects.

But now, the scientific community has realised that it can open its doors and make good use of the skills and resources that amateurs often possess in abundance. Last September, the BBC conducted an “Amateur Scientist of the Year” competition chaired by Sir Paul Nurse, a Nobel Prize-winning scientist. So what makes amateurs and students useful for scientific projects?

First, computers have become so powerful today that many people have computational power at home similar to what many of us scientists have in our offices. Secondly, laypersons have lots of time to devote to ‘routine’ processes (e.g. taking photographs of sky regions, comparing images, taking samples and measuring chemical contents, etc.). Thirdly, amateurs have marvellous patience, which can and must be taken advantage of. For example, Albert Jones, a clergyman, discovered a comet in 1946. He kept trying, and discovered his second one in 2001. Likewise, Colin Henshaw, whom I met some years ago in Oman where he lived for some time, observed Saturn with his eyes only (without any telescope or binoculars) and recorded the variation of its brightness from 1971 to 2005. That is some patience — worthy of a place in science! And indeed, Henshaw sent his results to a journal of astronomy (and to me), and got them published. Now, going back to our original topic (the UAE space programme and my call for a wider educational and cultural impact), let’s see how this kind of “citizen science” can be applied and represent an interesting suite of activities to adopt.

First, satellites like Dubaisat take countless photos of various locations (for the remote sensing and other functions), and it would be wonderful if even a fraction of those images could be put on a web repository, where students could try to extract useful information from them. Also, local amateur associations, such as the very active Dubai Astronomy Group, could ask its members to spot those satellites on specific nights.

In that spirit, Nasa recently put together a project called ‘My Nasa Data’, where elementary and high school students mine the large volumes of existing Nasa data. Why not a ‘My UAE Space Data’ project?Also, just a few weeks ago, Nasa conducted a two-day “space apps” public competition, where people produced scientific or educational apps to support space projects. Why not an “Arab space/science apps/software” competition?

Science, Technology and Research will lead to development and progress only when they become activities fully and widely embraced by society, not just projects conducted by specific agencies. This requires full-fledged collaboration and synergy between the project developers and the other important segments of society, i.e. schools, media, mosques, museums, etc. Let us make sure that everyone participates so that the benefits of ambitious projects are indeed maximised.

Nidhal Guessoum heads the Physics Department at the American University of Sharjah.


← Arab educators should rethink teaching methods
Arab-Muslim Civilization in the Mirror of the Universal: Philosophical Perspectives →