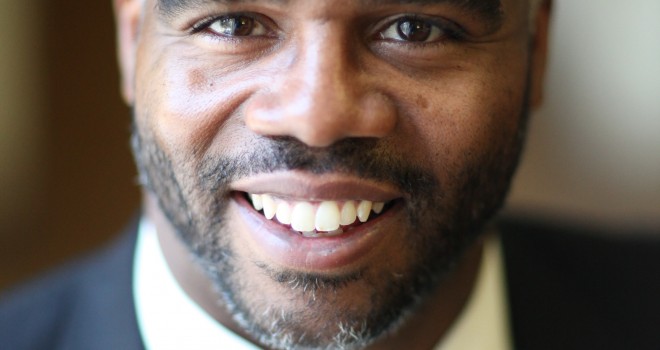 With the planet’s environmental crises multiplying and worsening (global warming, various types of pollution, overflowing waste), Muslims have been asking whether their religion offers green remedies and recommendations for individual and collective ways of life. Conferences on Islam and the environment have been taking place: in Turkey in 2009, in Jordan in 2010 and in Algeria this month. Books on the subject, however, have been much more sporadic. And all such efforts have remained mostly confined to academic spheres.

Now comes a book aimed at lay Muslims. It comes not from a scholar but from a down-to-earth practitioner of a “green” lifestyle, someone who can tell people why and how they should adopt a “green deen”. Ibrahim Abdul-Matin is a policy adviser in the New York City mayor’s office on planning and sustainability issues. He also regularly appears on radio shows and lectures on such topics.

The author quickly reminds us that “deen” is the Arabic/Islamic term for religion, path or way of life, thus “green deen” is “living and practicing Islam while honouring the principles that connect humans to protecting the planet”. He insists that he is not a scholar and that his book is not a treatment of how the Quran and the hadith address our interaction with Earth (although I counted more than 30 verses in the book), but presents the Islamic principles which, in his view, (should) govern our day-to-day relationship with the world: tawhid, which he defines as “Oneness of God and His creation”; ayat, the signs of God that are to be seen everywhere; khilafah, humanity’s stewardship of Earth; amana, the trust we must honour with God; adl, the justice we must apply to everything; and mizan, the balance of nature we must uphold.

Abdul-Matin then sets out to apply these principles to various environmental topics, always relating them to people’s day-to-day situations, often telling stories of how Muslims in the United States have been dealing with such issues. The book is thus divided into four parts — waste, watts, water and food — each with three or four chapters.

In “waste”, he deals with the problem of overconsumption, pollution and waste; in “watts” (energy), he looks at bad and good energy sources; in “water” he considers issues of water consumption, including tap and bottled water, and waste; and in “food”, he shows us how everyone, even those living in cities and far from farms, can consume good, natural foods and even learn to grow them.

In general, the author succeeds to a great extent in enlightening the Muslim reader both about the necessity that we each “do something” about the destruction of the planet that we are all participating in and in showing the simple ways by which we can help. On some topics he is very effective but on others I was not totally satisfied with his approach.

Let me mention some of the great ideas that Abdul-Matin presents. Most notably, there was the whole “eco-mosque” idea, as it touches upon so many aspects of Muslims’ lives, both individually and collectively: the design of the mosque, which can help save energy and water, the reduction of waste, including the large amounts of food, plastic and paper that get used there on various occasions. Another good idea is the need to use solar panels in all our buildings as supplements to our traditional energy sources, particularly for times of blackouts.

On each topic the author cites real examples, thus driving home the point that these steps can be (and have been) implemented and made to succeed. For example, he tells us that the holy mosques in Makkah and Madinah recycle water for wudu (ablution), Muslim scholars having authorised it, and important mosques from Arizona to Indonesia have been designed to be environmentally friendly.

I was less convinced by other views of the author, particularly his tendency to oversimplify some Islamic principles to make them applicable to the environment. For example, he has stretched the concept of tawhid to “human beings and the planet are One [tawhid]” (page 43), “we are the environment [tawhid]” (page 114) and “everything has a relationship with water” (page 118) … Likewise, he has used the hadith “the whole earth has been made a mosque for me” to insist that “everything is [thus] sacred”.

There were several other misfirings in this otherwise nice book, including his characterisation of oil and coal as “energies from hell”, because these come from the ground, while solar and wind energies are “from heaven”, coming from above and being clean. But “hell is down below” and “heaven is up above” is not an Islamic concept and other earthly forms of energy are clean.

All in all, I do recommend the book to Muslim readers, although more for the good environmental examples than for the Islamic justifications.

Nidhal Guessoum is professor of Physics and Astronomy at the American University of Sharjah.

Green Deen: What Islam Teaches About Protecting the Planet


← When Galileo Meets Allah
Education and its global footprint →