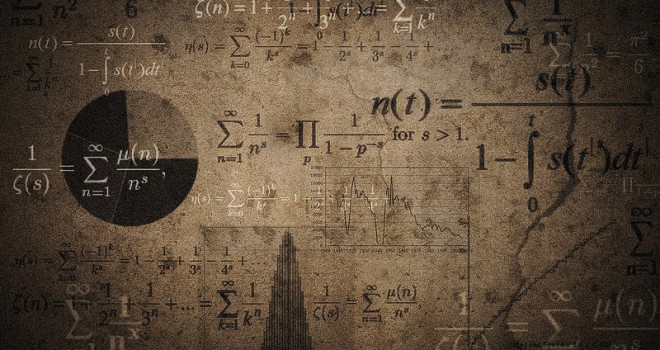 Does Islam Stand Against Science? 1/5

We may think the charged relationship between science and religion is mainly a problem for Christian fundamentalists, but modern science is also under fire in the Muslim world. Islamic creationist movements are gaining momentum, and growing numbers of Muslims now look to the Quran itself for revelations about science.

Science in Muslim societies already lags far behind the scientific achievements of the West, but what adds a fair amount of contemporary angst is that Islamic civilization was once the unrivaled center of science and philosophy. What’s more, Islam’s “golden age” flourished while Europe was mired in the Dark Ages.

This history raises a troubling question: What caused the decline of science in the Muslim world?

Now, a small but emerging group of scholars is taking a new look at the relationship between Islam and science. Many have personal roots in Muslim or Arab cultures. While some are observant Muslims and others are nonbelievers, they share a commitment to speak out—in books, blogs, and public lectures—in defense of science. If they have a common message, it’s the conviction that there’s no inherent conflict between Islam and science.

Last month, nearly a dozen scholars gathered at a symposium on Islam and science at the University of Cambridge, sponsored by the Templeton-Cambridge Journalism Programme in Science & Religion. They discussed a wide range of topics: the science-religion dialogue in the Muslim world, the golden age of Islam, comparisons between Islamic and Christian theology, and current threats to science. The Muslim scholars there also spoke of a personal responsibility to foster a culture of science.

One was Rana Dajani, a molecular biologist at Hashemite University, in Jordan. She received her undergraduate and master’s degrees in Jordan, then took time off to raise four children before going to the University of Iowa on a Fulbright grant to earn her Ph.D. Now back in Jordan, she is an outspoken advocate of evolution and modern science. She has also set up a network for mentoring women, and she recently started a read-aloud program for young children at mosques around Jordan.

As if that weren’t enough, Dajani helped organize a committee to study the ethics of stem-cell research, bringing together Jordanian scientists, physicians, and Islamic scholars. (The traditional Muslim belief is that the spirit does not enter the body until 40 days after conception, which means many human embryonic stem cells can be harvested for research.)

“Being a Muslim, living in a Muslim world, Islam plays a big role in our everyday lives,” she says. “We need to understand the relationship between Islam and science in order to live in harmony without any contradictions.”

For these scholars, the relationship between science and Islam is not a dry, academic subject. Many of the hottest topics in science—from the origins of the universe and the evolution of humans to the mind/brain problem—challenge traditional Muslims beliefs about the world.

“Remember, these are human issues,” says Nidhal Guessoum, an Algerian-born astrophysicist at the American University of Sharjah, in the United Arab Emirates, who was also at the Cambridge symposium. “It’s not an experiment in the lab. I’m talking about my students, my family members, the media discourse that I hear every day on TV, the sermons I hear in the mosque every Friday.”

With his blend of charisma and keen sense of how to navigate the tricky terrain between modern science and Muslim faith, Guessoum is emerging as one of the key figures in public debates about Islam and science. He has a new book, Islam’s Quantum Question: Reconciling Muslim Tradition and Modern Science (I.B. Tauris), and this month his university will host an international conference called “Belief in Dialogue: Science, Culture and Modernity.”

This new breed of scholar also shares a sense of urgency, which is partly a matter of demographics. Sixty percent of the world’s 1.6 billion Muslims are under the age of 30, and there’s a major push to educate the next generation. It’s certainly a welcome development, but the stakes have never been higher. Religion looms over all of Muslim life, so there could be devastating consequences for the future of science if certain fields of study come to be seen as antireligious.

“If evolution gets associated with atheism, you could alienate an entire generation of Muslims,” says Salman Hameed, a native of Pakistan who directs the new Center for the Study of Science in Muslim Societies, at Hampshire College. Another key player in the Islam-science dialogue (who was not at the Cambridge symposium), Hameed runs the science-and-religion blog Irtiqa. He believes that the popular narrative about science and religion is now being formulated in the Muslim world, and that the verdict could be rendered within the next 15 to 20 years.

Darwinism has already proved controversial. A prominent British imam in East London received death threats this year after delivering a lecture at his mosque about evolution. His offense? Saying there’s no conflict between Darwinian theory and Islam. In the uproar that followed, Usama Hasan, a senior lecturer in business-information systems at Middlesex University and a fellow of the Royal Astronomical Society, retracted his comments but also criticized Islamic extremists; he later resigned from Middlesex.

The furor over Hasan’s comments reflects not just an argument over science but also the tensions within Muslim immigrant communities in the West. And for scholars who study this subject, it’s a lesson in how attacks on science may not really be about science at all, but about the larger conflict between modernity and a conservative brand of Islam.


← Freedom to think
Does Islam Stand Against Science? 2/5 →