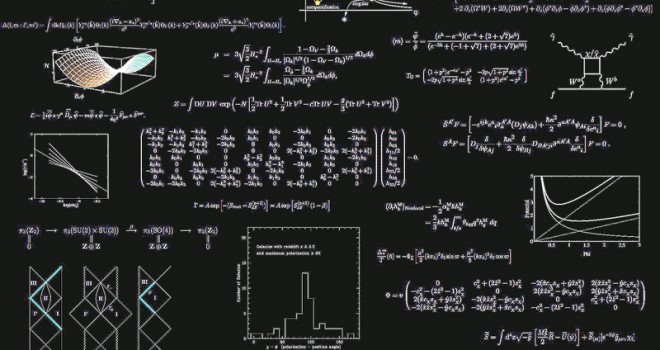 Does Islam Stand Against Science? 2/5

Islam has a long and tangled history with science, but there’s one point that nearly everyone acknowledges: Science in the Muslim world is now in a sorry state. “It’s dismal,” says Taner Edis, a Turkish-American physicist at Truman State University, in Missouri. “Right now, if all Muslim scientists working in basic science vanished from the face of the earth, the rest of the scientific community would barely notice.”

Guessoum agrees: “It’s abysmal by all kinds of measures: how many books and publications are written or translated in the Muslim world; how many patents come from Muslim inventors; how Muslim students are performing in the international arena.”

Data collected by the World Bank and Unesco confirm this bleak assessment. A study of 20 member states of the Organization of the Islamic Conference found that these countries spent 0.34 percent of their gross domestic product on scientific research from 1996 to 2003, which was just one-seventh of the global average.

Those Muslim countries have fewer than 10 scientists, engineers, and technicians for every 1,000 people, compared with the world average of 40, and 140 for the developed world. And they contribute only about 1 percent of the world’s published scientific papers. Another study of OIC nations found that scientists in 17 Arabic-speaking countries produced a total of 13,444 scientific publications in 2005, which was 2,000 fewer than what just Harvard University produced.

Just where religion figures into this scientific black hole is a complicated question, though anti-science pronouncements by Islamic clerics certainly haven’t helped. But even conservative Muslims recognize the problem. “If you’re a Muslim and you’re worried about the military weakness of Muslim countries compared to Western imperialistic powers, you’re going to see that today’s warfare depends a lot on high-tech developments,” says Edis, of Truman State. Muslims envious of the juggernaut of Western capitalism also know that technology and science fuel the modern economy.

Some of the debates about Islam and science resemble American arguments over science and religion, but there are also specific differences. For one thing, the New Atheist critique of religion is virtually absent in the Muslim world.

And unlike Catholicism, which takes its cues from the Vatican, there is no central church in Islam and thus no “official” position on scientific controversies such as evolution or cloning. With no central authority to challenge, there has been no Islamic equivalent of the Protestant Reformation, which helped undercut the Vatican’s authority over all kinds of intellectual inquiry, including science.

Of course, it’s risky to make sweeping generalizations about the Muslim world. Turkey, after all, is far more secular than Saudi Arabia, and Qatar is pouring money into new science institutions, while Somalia is just trying to survive a civil war.

But Islamic societies have their distinct challenges. There’s no clear separation between church and state in most Muslim countries, so scientists lack the autonomy that they enjoy in the West. Muslim scientists must frequently contend with the scientific pronouncements of religious leaders, and in university classrooms, biology and physics professors often find themselves responding to questions about specific Quranic verses that refer to the natural world.

Despite this minefield, few Muslims regard science itself as dangerous. “There’s almost a consensus across the board that science is a good thing,” says Ahmad Dallal, a historian who left Georgetown University two years ago to return to his native Lebanon, where he is now provost of the American University of Beirut.

If anything, many Muslims may be too eager to find convergences between religion and science. In the last few years, thousands of Islamic Web sites have popped up claiming that the Quran proves scientific discoveries like the Big Bang, black holes, and quantum mechanics. This new movement is “the entrance gate to the Quran” for many young, educated Muslims, says Bruno Guiderdoni, an astrophysicist and director of the Observatory of Lyon, in France, who converted to Islam nearly 25 years ago. “They are fascinated by science,” he says.

Guiderdoni and Dallal also criticize an intellectual movement that calls for a specifically “Islamic science.” This phrase was coined by the influential philosopher Seyyed Hossein Nasr, a native of Iran who teaches Islamic studies at George Washington University. His effort to unify science and religion harks back to the philosophers of Islam’s golden age, but Nasr also dismisses modern evolutionary theory as both bad science and flawed metaphysics.

The banner for “Islamic science” has also been taken up by the London-based social critic Ziauddin Sardar, though without Nasr’s overtly religious emphasis. Western science, Sardar has written, “is inherently destructive, and it does not, and cannot, fulfill the needs of Muslim societies.”

While his critique has gained traction among some Muslim intellectuals, it’s widely dismissed by the scholars who embrace modern science. “There is nothing inherently Islamic” about Sardar’s model of Islamic science, which is based on what Sardar terms basic Islamic values, Dallal writes in his book Islam, Science, and the Challenge of History (Yale University Press, 2010). “The 10 values of Sardar’s model are completely arbitrary; they derive from his own personal and unhinged understanding of Islam.” For Dallal, the basic problem with both Sardar and Nasr is that they use metaphysics to trample over science and history.


← Does Islam Stand Against Science? 1/5
Dawkins Is Wrong – Religion Is Rational →