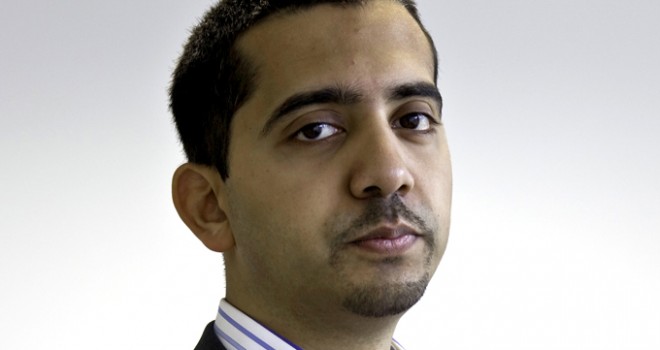 Dawkins Is Wrong – Religion Is Rational

“You believe that Muhammad went to heaven on a winged horse?” That was the question posed to me by none other than Richard Dawkins a few weeks ago, in front of a 400-strong audience at the Oxford Union. I was supposed to be interviewing him for al-Jazeera but the world’s best-known atheist decided to turn the tables on me.

So what did I do? I confessed. Yes, I believe in prophets and miracles. Oh, and I believe in God, too. Shame on me, eh? Faith, in the disdainful eyes of the atheist, is irredeemably irrational; to have faith, as Dawkins put it to me, is to have “belief in something without evidence”. This, however, is sheer nonsense. Are we seriously expected to believe that the likes of Descartes, Kierkegaard, Hegel, Rousseau, Leibniz and Locke were all unthinking or irrational idiots?

In trying to disparage ‘faith’, Dawkins and his allies constantly confuse ‘evidence’ with ‘proof’; those of us who believe in God do so without proof but not without evidence. As the Oxford theologian (and biophysicist) Alister McGrath has observed: “Our beliefs may be shown to be justifiable, without thereby demonstrating that they are proven.”

Those atheists who harangue us theists for our supposed lack of evidence should consider three things. First, it may be a tired cliché but it is nonetheless correct: absence of evidence is not evidence of absence. I can’t prove God but you can’t disprove him. The only non-faith-based position is that of the agnostic.

Second, there are plenty of things that cannot be scientifically tested or proven but that we believe to be true, reasonable, obvious even. Which of these four pretty uncontroversial statements is scientifically testable? 1) Your spouse loves you. 2) The Taj Mahal is beautiful. 3) There are conscious minds other than your own. 4) The Nazis were evil.

This isn’t just about metaphysics, aesthetics or ethics: science itself is permeated with unproven (and unprovable) theories. Take the so-called multiverse hypothesis. “It says there are billions and billions of universes, all of which have different settings of their fundamental constants,” Dawkins explained to a member of the audience in Oxford. “A tiny minority of those billions and billions of universes have their constants set in such a way as to give rise to a universe that lasts long enough to give rise to galaxies, stars, planets, chemistry and hence the process of evolution… “

Hmm. A nice idea, but where’s your evidence, Richard? How do we ‘prove’ that these ‘billions and billions’ of universes exist? “The multiverse theory may be dressed up in scientific language,” the cosmologist Paul Davies has admitted, “but in essence it requires the same leap of faith [as God].”

Third, there are plenty of good, rational and evidence-based arguments for God. You don’t have to agree with them, but it is intellectually dishonest to claim that they, too, like God, don’t exist.

Whether you agree with it or not, it is a valid deductive argument, a genuine appeal to reason and logic.

Or how about the argument that says the universe, in Davies’s words, ‘is “in several respects ‘fine-tuned’ for life”? Remember, the late Antony Flew, the atheist philosopher who embraced God in 2004, did so after coming to the conclusion that ‘there had to be “an intelligence behind the integrated complexity of the physical universe”.’ To pretend that Flew, of all people, arrived at such a belief blindly, without thinking it through, ‘without evidence’, is plain silly.

For Muslims such as me, faith (iman) and reason (aql) go hand in hand. The Quran stresses the importance of using science, logic and reason as tools for discovering God. “Will you not then use your reason?” it asks, again and again. But hasn’t the theory of evolution undermined Islam? asks the atheist. A few years ago, Dawkins accused British Muslims of “importing creationism into this country”. He has a point. These days, the vast majority of my coreligionists see Darwin as the devil.

Yet this is a new phenomenon. Many of Islamic history’s greatest scholars and thinkers were evolutionists; the 19th Century scientist John William Draper, a contemporary of Darwin, referred to the latter’s views as “the Muhammadan theory of evolution”. As I pointed out on these pages back in January, “one of the earliest theories of natural selection was developed by the 9th Century Iraqi zoologist (and Islamic theologian) al-Jahiz, 1,000 years before Charles Darwin”. And almost 500 years before the publication of On the Origin of Species, the acclaimed Arab philosopher Ibn Khaldun wrote his Muqaddimah, in which he documented how “the animal world then widens, its species become numerous… the higher stage of man is reached from the world of the monkeys…”

There is, indeed, nothing in the Quran that prevents Muslims from embracing evolution. In his recent book Reading the Quran, the Muslim commentator Ziauddin Sardar notes how creation is presented “as a dynamic, ongoing phenomenon that is constantly evolving and changing”. Sardar points to verse 14 of chapter 71, where we are specifically asked to reflect on the fact that “He has created you stage by stage”.

Yet the theory of evolution, whether Muslims accept it or not, doesn’t explain the origins of the universe, the laws of science or our objective moral values. In short, most of us who believe in God do so not because we are irrational, incurious or immature but because He is the best answer to the question posed by Leibniz more than 300 years ago: “Why is there something rather than nothing?”

Mehdi Hasan is political director of The Huffington Post UK and a contributing writer for the New Statesman. His interview with Richard Dawkins for al-Jazeera English can be seen here. This article is crossposted with the New Statesman here