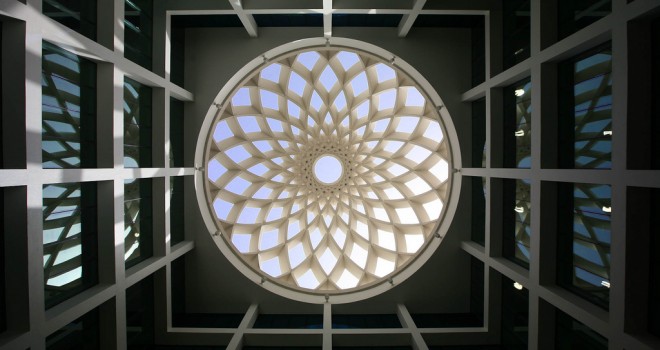 Does Islam Stand Against Science? 3/5

Many Muslims are especially bothered by evolution. By and large, Islamic culture is creationist, judging by a 2008 survey about evolution in six Muslim countries: Egypt, Indonesia, Kazakhstan, Malaysia, Pakistan, and Turkey. On average, only about 15 percent of the respondents in five of those countries considered evolution to be “true” or “probably true.” In the sixth country, Kazakhstan, roughly one-third of the respondents accepted evolution, but an equal number also said they had “never thought about it.”

In some Muslim countries, evolution simply doesn’t appear in science textbooks. “Evolution isn’t on the top list of priorities,” Dajani, of Hashemite University, says. “When people are thinking about what they’re going to eat tomorrow, evolution is a luxury.”

This rejection of evolution has a lot in common with American creationism, but there are also key differences. Young Earth Creationism, which claims that the earth is 10,000 years old (or younger), is virtually absent in the Islamic world. Muslims generally accept the earth’s being 4.5 billion years old.

The Quran does not have a detailed origins story like the six days of creation found in Genesis, so there’s no need to fit the entire history of the earth into a few thousand years. Noah’s flood is considered the major geological event in world history by American creationists; in contrast, most Muslims regard that flood as a local event. Many Muslims don’t even have a problem with the evolution of plants and animals. Human evolution, however, is an entirely different story. According to the Quran, God created Adam out of clay, so the idea that humans descended from apes is simply beyond the pale for the vast majority of Muslims.

The strongest creationist movement has emerged in Turkey, even though evolution has been taught in high schools for decades—a legacy of Atatürk’s campaign to secularize Turkey’s public culture. Harun Yahya (the pen name of Adnan Oktar) has built a sophisticated media empire that distributes creationist books, articles, videos and Web sites around the Muslim world.

Edis, the Truman State physicist who grew up in Turkey, has tracked Harun Yahya’s group for years, and he’s both alarmed and impressed by its reach. “When I walk into an Islamic bookstore in London, it’s very easy to find Harun Yahya material because it’s right in front of you. I get e-mail from people in Pakistan, Indonesia, and all over the Islamic world pointing out that Harun Yahya material has been used in their classrooms,” Edis says. “In fact, it’s much more international, much more successful, and has a command of a much larger financial base than any American creationist organization.”

Where Yahya’s Science Research Foundation gets its money is a mystery, and Oktar himself is a shadowy figure who has faced a string of legal problems, including charges of extortion. His diatribes against modern science can make you wonder how he has managed to gain so much influence. When I interviewed Oktar, in Istanbul in 2008, he claimed that the “Masons manage the world through a scientific dictatorship” and called Darwinism “a Satanic plot” that nurtures terrorism around the world, “like the development of mosquitoes in mud or in ponds.”

Harun Yahya seems to tap into the fears and uncertainties of various Muslim communities. But what do educated Muslims think about evolution? That’s the question Hampshire College’s Hameed is asking in an ambitious three-year study supported by the National Science Foundation. Now halfway through the survey, Hameed is interviewing physicians and medical students in five Muslim countries and three Muslim diasporas in the West.

He has found that attitudes about evolution vary greatly from country to country. For instance, most Pakistani doctors accepted evolution, even human evolution. “But in Malaysia, we were really surprised to find a major rejection of not only human evolution but evolution in general,” he says.

Hameed expected to find more acceptance of modern science because Malaysia has a sophisticated high-tech industry. He and his colleagues now speculate that Muslims are trying to carve out a cultural niche that’s distinct from the more educated Indians and Chinese in Malaysia. “We think the rejection of evolution has become part of their Muslim identity,” he says.

Hameed was also surprised by another finding. One-third of the respondents in Pakistan and Turkey said, “I accept evolution scientifically but reject it religiously.” Apparently, even educated Muslims still struggle to reconcile their faith with their knowledge of science.

For all the hand-wringing over evolution, it’s not a taboo subject for academic study. The historicity of the Quran itself is “a far more explosive topic than evolution,” says Hameed. It takes a courageous—or perhaps foolish—Muslim scholar to examine the specific historical circumstances in which the Quran was written, or to criticize the Prophet Muhammad.

“For Muslims, this is the word of God,” Guessoum says. “The Quran is the revelation. It was written down as revealed to Muhammad. This is dogma, so it’s harder to claim that everything is open for interpretation.”