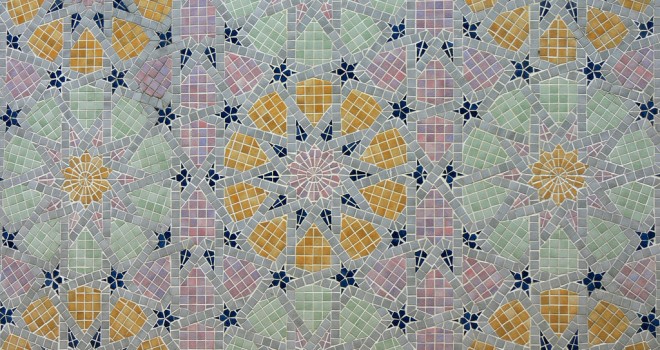 Beyond the troubled relationship 3/3

My proposition is clear: the decline can only be reversed by a conceptual shift. Science will only take root in Muslim societies if they can rethink Islam itself as a holistic enterprise. Science will flourish, paradoxical as this may seem to many, when Islam re-emerges as an integrative way of knowing, being and doing; when it reconstructs the open intellectual climate and cultural paradigms it once sustained.

When in 1980, I initiated a discussion on Islamic science, first in the pages of Nature and then New Scientist, I was not fully aware of the problem with these reductive concepts in Muslim societies. By ‘science’ I meant and understood an objective and systematic endeavour within the ethical framework of Islam, motivated by Islamic injunctions on the virtues of reason and the pursuit of knowledge. I turned out to be totally wrong.

If we look at what is meant by ‘Islamic science’ today, there are two trends. The first derives from the fundamentalist idea that all knowledge can be found in the pages of the Qur’an. This is a further reduction of the concept of ilm. A lavishly funded project in Saudi Arabia — Scientific Miracles in the Qur’an — has generated books, papers and journals investigating the scientific content of the Qur’an. Relativity, quantum mechanics, Big Bang theory, embryology and much of modern geology has now been ‘discovered’ in the Qur’an.

Meanwhile, ‘scientific’ experiments have been devised to discover what is described in the Qur’an but not known to science. For example, a project to harness the ‘energy of the jinns’ enjoyed much support in the mid-1990s in Pakistan. This reductive fundamentalism now embraces creationism and is generating a growing movement for ‘intelligent design’ in the Muslim world.

The second trend is best described as mystical fundamentalism. In this perspective, the consensus, the ijma of a knowledgeable community, is reduced to a group of mystics with secret and sacred scientific knowledge. Islamic science is no longer a problem-solving enterprise; it is a mystical quest for understanding the absolute. In this Universe, conjecture and hypothesis have no place; all inquiry must be subordinate to mystical experience. The material Universe is studied as an integral part of higher levels of existence and consciousness.

Even the history of Islamic science has been rewritten to emphasize the occult, alchemy and astrology — at the expense of the vast amount of work in exact sciences — in an attempt to show that Islamic science was largely ‘sacred science’. In many academic circles, this mystical tendency has acquired a strong presence.

These two trends, the fundamentalist and the mystical, suggest that real science has almost completely disappeared from Muslim consciousness. In an article last year, (Nature 444, 22–25; 2006) Ehsan Masood wrote “today’s Muslim states barely register on indices of research spending, patents and publications”. And he concludes the situation is not just bad; it is set to get worse.

However, I don’t think we need to be so pessimistic. The solution to any problem begins with a diagnosis; this diagnosis has already begun. The realization is growing that science is important not just for the prosperity of Muslim societies, for economic development, for misplaced political vanity or for acquiring nuclear weapons — but that it matters because it is vital for the recovery and survival of Islam itself.

This is the main message of the 2003 Arab Human Development Report on ‘Building a Knowledge Society’. It admits frankly that Muslims cannot merely continue to blame everything on colonialism and the West. Muslim states have failed, by their own Islamic standards, the challenge of independence. The report blames authoritarian thought, lack of autonomy in universities, the sorry state of libraries and laboratories, and under-funding in the Arab world.

Moreover, the report recognizes the conceptual challenges, calling, in particular, for ‘reviving ijtihad’ as the driving force for change. Indeed, it is now widely argued that science can play an important part not just in re-establishing ijtihad but in making Islam whole again, reuniting reason with revelation. This is the course that the Organization of the Islamic Conference — a 57-member intergovernmental organization of Muslim states — has set itself.

Signs of change can even be detected in religious institutions. The Al-Azhar University in Cairo, one of the most influential institutions of the Muslim world, for example, has now opened up to science. In colonial times, it abandoned science to become a religious institution concentrating on theology. Now it is rebalancing its curricula, emphasizing science as much as religion. Religious classes are making way for laboratories and science courses. Similar developments are taking place in Indonesia and Turkey.

There is no doubt that Muslims have a deep emotional attachment to their scientific heritage. But contemporary Muslim society needs more than nostalgic pride in a long-departed golden age. It has to reinstate the way of thinking, the critical consciousness and methodologies that made Islamic science possible; and it must make this way of thinking and knowing relevant to contemporary times. There is every reason to hope that the revival of science and a reform agenda for Islam in Muslim society will proceed hand in hand.

This article is an edited version of a lecture that Ziauddin Sardar, a London-based writer, first gave to the Royal Society in London.