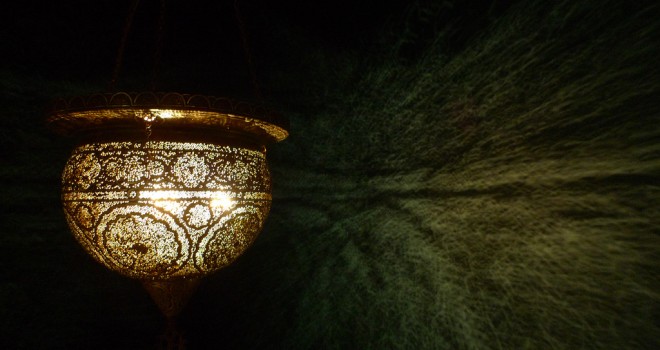 Beyond the troubled relationship 2/3

So what is missing from the standard analysis? I have argued for the intimate and constructive connection between Islam and science. But Islamic science not only had a conceptual religious context, it also had a cultural context. In history, as now, science was integral to the development of society. In Muslim history it fed the growth of industries — studies of mineralogy, advances in chemistry, botany and hydraulics all had applications relevant to a productive society. And agricultural advances, supported by the study of agronomy, hydrology and geology, raised living standards and created wealth.

Muslim civilization wherever it spread was a city-building culture; architecture, city planning and land management, provision of clean water and sewage disposal all benefited from the application of science. The study of astronomy, geography and map making, alongside development of compasses and observational instruments, all facilitated long-distance trade. Consequently, the state was a major sponsor and consumer of science for multiple reasons — from building cities to warfare technology.

The great scientists of the classical era all contributed, directly or indirectly, to this social context. In turn, the institutions of Islam ensured that science prospered and served society. One of the pillars of Islam is zakat, the annual payment required of all Muslims and dedicated to social purposes such as education, health provision and the eradication of poverty. Charitable giving begat new social institutions called waqf. These charitable endowments funded projects such as hospitals, universities and research establishments. Science never emerges in a vacuum; it always has a cultural context; it is fed and shaped by the conditions of its time and place.

« Science never emerges in a vacuum; it always has a cultural context. »

If the Muslim world had not been such a vibrant, dominant, growing concern in the fifteenth century, Europe would have had no need to subvert its power. What is termed the age of exploration was a deliberate strategy, diligently pursued by European nations to circumvent what they regarded as a Muslim stranglehold on their economies, a stranglehold that was maintained by Islamic science. Investment in exploration gave a new impetus to the development of science in Europe. It also led to colonialism.

Colonialism had two outcomes in Muslim civilization. First, it suppressed and displaced meaningful cultural activities from Muslim society. It did this by introducing new systems of administration, law, education and economy all of which were designed to instil dependence, compliance and subservience to the colonial powers. The decline of Islamic science is one aspect of the general economic and political deterioration of Muslim society that resulted.

In the colonial context, Islam as a holistic way of life became mere rhetoric. Islamic education became a one-way ticket to marginality. What relevance could such education have when its concepts and principles had no practical meaning for how society operated? Nor was the ‘modern’ education offered by the colonial powers a path to success: it was intended to produce subjects that served colonial needs.

Western education ruled, but it taught the colonized to accept a distorted version of their own history as backward, their own science as irrelevant, and their own medicine as nothing but mumbo jumbo. The dismissal of Islamic science as ‘real’ science went hand-in-hand with the dismissal of the entire conceptual order of Islam as religion, culture and civilization.

Second, Islam itself was reduced to a defensive enclave stubbornly holding on to the few remnants of authority left to indigenous control. Colonialism turned the pursuit of knowledge by Muslims from a broad cultural activity into a narrow religious one.

In classical Islam, both the definition of knowledge and its classification was a major intellectual activity. An alim (scholar) was anyone who acquired ilm, or knowledge, which was itself described in a broad sense. Knowledge meant everything from science and philosophy to art, literature and theology. We can see this in the early classifications of knowledge by such scholars as al-Kindi, al-Farabi, ibn Sina, al-Ghazzali and ibn Khaldun. So all learned men, scientists as well as philosophers, scholars as well as theologians, constituted the ulama.

Under colonialism, Muslim society revisited the question: who is a scholar and what makes him an authority? Whose thought, research and opinion were worthy of social and cultural attention? And as ijtihad became increasingly irrelevant, ilm was increasingly reduced to religious knowledge and the ulama came to constitute only religious scholars. From an Islamic point of view, only the pursuit of religious knowledge came to be seen as important.

Similarly, the idea of ijma, the central notion of communal life in Islam, has been reduced to the consensus of a select few. Ijma literally means consensus of the people. The concept dates back to the practice of Prophet Muhammad. When the Prophet wanted to reach a decision, he would call the whole Muslim community — then admittedly not very large — to the mosque. A discussion would ensue and the entire gathering would reach a consensus. Thus, a democratic spirit was central to political life in early Islam. This disappeared under colonialism.

The notion of ijma had another function. It located authority in argument. If ilm was intended to spread knowledge throughout society then most citizens would be members of a learned community. The consensus of the community would therefore be a learned one arrived at on the basis of argument. But the reduction of ilm removed knowledgeable citizens from the equation — ijma was truncated to ‘the consensus of religious scholars’. Thus both democracy and the pursuit of knowledge as a whole became irrelevant to Muslim culture.

Other key elements of the conceptual framework of Islam were similarly narrowed. Jihad ceased to be an intellectual struggle and was abridged to warfare. Istislah, or ‘public interest’, a major source of Islamic law and an important impulse for science in the classical period, all but disappeared. And ijtihad came to mean little more than a pious desire.

Thus, the question of how Muslim societies can rediscover the spirit of scientific inquiry is not just a question of policy, funding or building prestigious institutions in the name of progress. Mostly, it is about how the enterprise of science is made relevant and meaningful within Muslim culture. The decline of Islamic science was a product of combined forces that engineered a conceptual reduction in Muslim civilization.

By Ziauddin Sardar, in Beyond the troubled relationship.