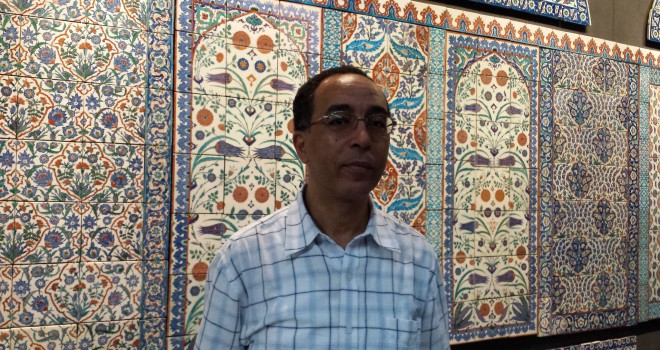 An Interview with Nidhal Guessoum

Professor Nidhal Guessoum is an astrophysicist. His research focuses on gamma radiation, mainly from the Milky Way Galaxy, but lately from other sources in the Universe as well.

What led you to want to work in Astrophysics?

Throughout my studies, I was interested in philosophy, religion, history, languages, and the humanities, but I found the scientific subjects much easier to master, particularly mathematics and the physical sciences, which seemed more precise and clear-cut. When I entered college, physics was harder but so much more interesting than mathematics, and I decided to follow what captured my mind’s interest and imagination. And when I went to graduate school (in the US), astrophysics seemed like an extremely rich and diverse field, and (apparently, or for the public) a more active one (more discoveries were announced on a regular basis, although of course progress is made in all other fields). Finally, astrophysics, and especially cosmology, tended to connect with my other interests in philosophy and religion, so I again decided to follow what would interest me rather than what I might excel more easily in. I never regretted those choices.

What does Islam say about how humans came into existence?

First, we need to stress that Islam is not a monolithic culture, and there is often a wide spectrum of views on some subjects, especially ones that require some intelligent combination of theology, science, linguistics, and/or other fields of knowledge.

Secondly, until recently science could not provide much evidence about the long past history of humanity, let alone that of life on Earth, and so people relied on scriptural texts (the Qur’an, in particular, and the Prophet’s statements, in the Muslim context, just like the Bible in the Christian context), and on some old stories that we now know cannot be literally true.

We now understand that the evolution of humans is a scientific issue, and indeed modern science (biology/genetics, archaeology, anthropology, etc.) can provide us with much solid knowledge about it, and we need to take that fully into account and integrate it with the rest of our worldview and philosophy of life and existence.

So the story of Adam, which has constituted a sticky point in the (traditional) Muslim view of humanity’s history on Earth, needs to be reinterpreted such as to fit with what we now know about human evolution.

Finally, and to the surprise of many, when we go back to the classical thinkers of the Islamic civilization, who based their views on both previous “knowledge” (Greek, Indian, etc.) and on the progress that was made by Muslim scientists and philosophers, we find a rich tradition of accepting (old) evolutionary ideas, including for humans. And in recent times, a number of Muslim thinkers have expressed opinions of compatibility between Islam and Evolution (biological and human).

Some people think that science is ‘proving religion wrong’ – how do you see it?

Science cannot prove “religion” wrong, at least not altogether. Science can prove that certain beliefs (e.g. creationism) are wrong, but that does not destroy religion all at once. Religions are different from one another, but for most of them, the central principle is the belief in a deity, a creator with whom (depending on the different religions) we humans may have a certain relationship. Religions also generally stipulate the existence of a soul or spirit for humans, that we are not merely materialistic, we have another dimension, which entails a certain “spiritual life/activity” and which leads to certain beliefs (life after death, etc.). All these are beliefs; they fall in a completely different category/dimension/plane from what science does. On specific points the two fields intersect, and there science, which relies on evidence, has primacy, but religion retains an interpretative function.

Do you worry that if science does explain how the universe began, this will squeeze out God?

Not at all. Science may or may not be able to explain how the universe came to be, but if it does, that would not shock me (though it would impress me greatly). But even that would not explain why there is a universe in the first place. And science may or may not be able to explain why our universe has the extraordinary features it has (predisposition for life, in particular, elegance of laws and phenomena, etc.), but even if it does, it would not explain the meaning of it all. Finally, as I mentioned in my previous answer, religions postulate the existence of a soul/spirit, and I very much doubt that science will ever be able to prove or disprove that or explain it.

Hawking believes that since there are now cosmological models which do away with the Big Bang singularity (the unphysical infinite point/state from which the universe started), this then removes God from the picture. Moreover, he sees in some recently proposed ideas (virtual spontaneous popping of a micro-universe from a quantum field) an indication that we can conceive of our universe emerging from nothing, hence no need for God.

But first, this enthusiasm is both premature and overly simplistic, as there is now no such full theory for a spontaneous emergence of our universe from “nothing”, and secondly that “nothingness” is in fact a field where the laws of nature are already inscribed and at work – a very potent and robust “nothingness”!

Secondly, as I mentioned in my previous answer, even if science is able to explain the appearance of the universe (a tall order), it would still have to explain why it is built on these particular laws and parameters, and then why that particular “arrangement/theory”, and that series of explanations may never end, ultimately ending at one final source or “explanation”, God.

What are the similarities and differences between the ways you show an idea is credible in science and in Islam?

Science describes and explains natural phenomena; Islam is a worldview, a philosophy of life and existence; the two intersect at some specific points, but by and large they are largely separate domains. Science has its rigorous methodology; it is based on evidence, observations, experimental results, logical deductions, calculations, etc. Thus, credibility in science depends on the weight of those methods (in each given case), particularly the evidence that supports one explanation, theory, or law or another. Islam is based on belief, though “belief” does not necessarily imply irrationality. Things have to fit together well in humans’ minds, and hence even their beliefs have to be in harmony with what we know about the world (from science and other fields). Credibility in Islam/Religion comes from a variety of principles and guidelines, including consistence with the general worldview (Oneness of God, full justice, respect for people and the environment, etc.), consistence with various texts (scriptures and others), and harmony with science and other principles (beauty, etc.).

Does truth matter in Islam and how do you know what’s true?

Certainly, truth matters in Islam; we are indeed taught to seek the truth at all times and on all matters. But truth is difficult to ascertain, partly because of our human fallibility and limited knowledge, which sometimes leads us to draw conclusions that we only realize much later could not be true.

In Islam, truth can come from the revealed scriptures, but then one must worry about the validity of one’s understanding of that. In other instances, truth may come from rigorous human methods, such as those of science.

Finally, truth cannot contradict other truth(s); it has to fit well with the rest of our knowledge and understanding of things, and it has to pass the test of time.

Have you ever found something out via science that made you question your faith?

Something that would question my faith, no; something that would make me review and revise my understanding of some aspects of it (e.g. the origin and evolution of humans, the case of Noah’s flood, some episodes in the life of Prophet Muhammad), yes, certainly. But reviewing and revising some aspects of one’s tradition should not be seen as a drawback or a setback, but rather as progress. For as I stated in my previous answer, a Muslim is commanded to seek the truth, and so there is bound to be some evolution/modification/ adjustment of one’s (secondary) beliefs or understanding of some ideas.

When you were at school, did you see things as you do now or has your thinking moved on? If so, how?

My thinking has moved on so much! When I was at school, my knowledge and experience were so limited; I tended to just accept the simple explanations or arguments that I was given. And most often those explanations or arguments were given to me by people (my parents, my teachers, my elders) who did not always know those issues very well or had not dug deeply into them. With knowledge comes more wisdom, which represents either a richer, more complex and subtle view of things or a simpler, more elegant and coherent explanation. Hopefully, simplistic views get replaced by sharper, “higher-resolution” pictures. That is the value of knowledge and science…

Q & A for the LASAR Project (Learning about science and religion), published on FaradaySchools.