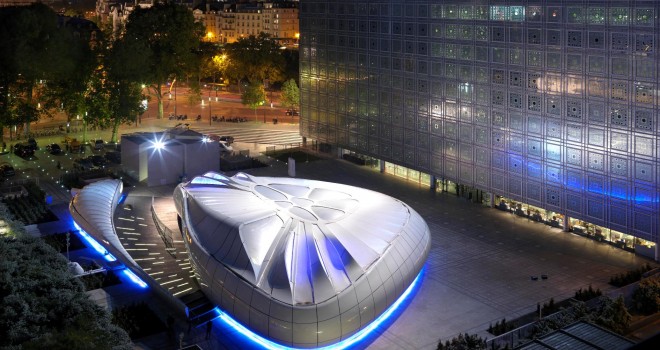 Bridging the Gap Between Evolution and Faith

If you ask any person on the street in a Muslim state if they believe in science, the likely answer will be a resounding yes. But ask the same person if they believe in evolution, and you will be lucky if all you get are some degrading looks. Normal reactions might turn downright hostile and offensive and chances are you’ll be called an atheist.

The only problem is that the theory of evolution is the basis of many fields of modern science. Ranging from how bacteria develop resistance to how we raise crops and cattle, it is all interconnected to evolutionary science. But does acceptance of evolution really dictate a disbelief in a higher being or a god?

“For many years I thought that evolution was incompatible with Islam but then I started reading more about the tradition of Islam and about science of evolution and came to believe that there are many areas of compatibility,” said Nidhal Guessoum, professor at the American University of Sharjah, UAE. “If you do not insist on a materialistic interpretation of Darwinism, then it has no problem with Islam.”

In fact, Guessoum quotes several Muslim scientists between the 9th and the 14th century who studied natural sciences and adopted various forms of evolution.

But professor John Hedley Brooke of the University of Oxford, UK, thinks that evolution and some faiths cannot be fully reconciled. “I believe that ultimately [faith and evolution] are compatible, but there are problems, and history shows that. And we need to discuss them.”

The problem is that the theory of evolution is often framed as a philosophical issue rather than a scientific issue, especially in Muslim-majority countries. “There is widespread misinformation about theories of evolution among Muslims,” said Salman Hameed, associate professor of Integrated Science & Humanities at Hampshire College, US.

New atheism, which strongly associates itself with evolution, is also affecting the general attitude towards evolution in the Muslim world. “But there is no clear doctrinal opposition to evolution in Islam,” he told OnIslam.net (OI). But creationists from the West who associate evolution with atheism actively import those ideas into Muslim states. Due to its intricately religious nature, this part of the world automatically refuses evolution.

During a conference in Alexandria, Egypt commemorating Darwin’s 200th birthday and 150 years since publication of his pivotal book “On the Origin of Species”, Reverend Michael Roberts, from the University of Lancaster, UK, spoke about the spread of creationism from the US to the world since 1980.

But the US version of creationism, according to him, is totally untrue and unscientific. “If creationism is given support, science will be pushed back.” In fact, he stressed that teaching creationism can snap back and expose religions as being ridiculous and encourage more secularism.

In a survey that Hameed conducted on the acceptance of evolution amongst Muslims, the highest scoring Muslim country was Kazakhstan (which was part of the former Soviet Union) with 35 percent agreeing with the theory. The lowest scoring country was Egypt, where only eight percent of the population accepts Darwinism.

In fact, all Egyptian school teachers surveyed said that, while they had to teach evolution as part of the science curriculum, they explained to the students that the theory was wrong and told them not to believe it. “Teachers need to know about evolution, but also need training on how to bridge the gaps between the students’ worldview and the scientific worldview and how to involve learners in arguments,” said Saouma BouJaoude, professor of science education at the American University of Beirut.

Hameed added that a lot of people in the Muslim world think we should not even be talking about evolution. “We have no shortage of medical students. There are many new biotechnology and biomedicine schools opening up. Why stir the pot?” they ask. “But the question is how far can one go without basic research? Eventually the end result is you maintain a clientele with more developed countries.”

One of the main problems that Hameed sees is who will get to interpret evolution in a religious context for Islam. “Unlike Catholicism, for example, we have a fragmented authority in religion.” For Hameed, it is important to start having informed, serious discussions about the theories of evolution in the Islamic world.

He stressed that in Islam, there is always a focus on the harmony between religion and science. “So the end result we’ll be asking, who is going to shape the evolution debate? An emphasis on science or will it be seen as a threat to religious belief?”

Martin Davidson, chief executive of the British Council, UK, stressed the importance of having these debates within a framework of cultural and religious sensitivities. “A discussion about Darwin that ignores faith will fail, but one that depends solely on it risks the same fate.”

Guessoum added that scientific research in evolution is very important, rather than being fixated on its relationship to faith.

In a discussion that Guessoum had with some students during the conference held at the Bibliotheca Alexandrina from 14 to 16 November a couple of years ago, their initial reaction to the idea of human evolution was very hostile. They were not even willing to discuss the possibility of the theory being right. In addition, their scientific discussions were very dated, often citing missing information from the theory of evolution that has long since been discovered.

“I urge you to go back and read about evolution. Educate yourself and learn more of it and then make an informed decision,” he told the students. “If afterwards you still disagree with it, then that’s all right. The important thing is to base your decision on proper science.” But Guessoum’s argument might have fallen on deaf ears. As the students walked away, they did not seem to budge from their initial stance.

“No one will change someone’s opinion in 10 minutes,” Guessoum told OI. “But maybe we’ll meet again in a few years and they would have read and learned more about evolution – enough to make a balanced discussion.”


← Does Islam Forbid Even Studying Evolution?
An Interview with Nidhal Guessoum →