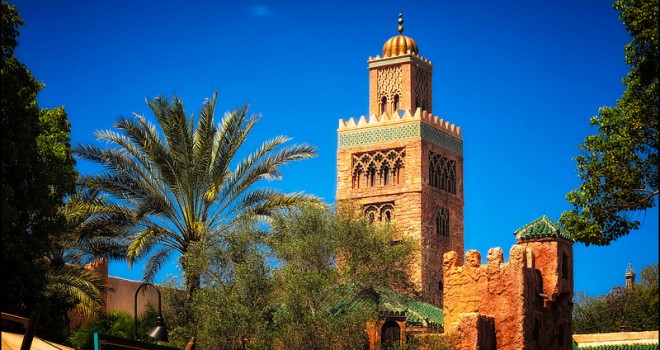 Science in the Middle East isn’t dead, but it isn’t exactly alive, either. According to Thomson Reuters’ Science Watch, the Arabian, Persian and Turkish Middle East produces only 4% of the world’s scientific literature. Paltry by almost any standards, that value is even more diminutive when paired with the fact that the Middle East, at one time, led the world in science.

Between the dawn of the 9th Century and the middle of the 13th Century, a time when Europe was languishing in the Dark Ages, Islamic scholars were taking monumental strides in mathematics, medicine, and physics. Thinkers of all religions and ethnicities gathered in cosmopolitan cities like Baghdad and Damascus to discuss the latest discoveries and theoretical concepts. Ideas became so highly valued, they were almost a form of currency. Observatories were built to study the sky. Algebra was born. The use of Arabic numerals — 0, 1 2, 3, 4, 5, 6, 7, 8, 9, — which were originally devised in India, became widespread.

It’s easy to point to modern fundamentalists in the Middle East and utter a single answer: “religion.” But most historians of science dismiss this oversimplified explanation. Instead, a confluence of factors ended science’s golden age in the Muslim world, and created a mire in which science has been bogged down ever since.

War was perhaps the biggest reason for the decline. In the 11th and 12th Centuries, crusading Christian armies from Europe invaded the Middle East in order to reclaim the Holy Land. The attack left the Islamic Empire severely weakened. When the Mongols invaded from the east some years later, they were met with meager resistance. Ultimately, Baghdad was put to the torch in 1258, along with a great deal of priceless books and manuscripts.

Fast forward to the 1400s. The printing press is beginning to revolutionize the spread of ideas. Sadly, the Muslim world is left out for a crucial two hundred years. The Arabic language, which in the past served science incredibly well due to its precision, proved unwieldy for typesetters. While ideas flowed in Europe, mostly through books printed in Latin, their spread stagnated in the Middle East.

Christopher Columbus’ discovery of “The New World” was another nail in the coffin of Islamic science. Suddenly, trade routes changed, and money started pouring into Spain, Italy, and England instead of the Middle East. In turn, wealthy benefactors began bankrolling scientific endeavors in Europe. Concurrently, squalor began seeping into the Muslim world.

The Middle East would eventually be united under the banner of the Ottoman Empire between the 15th and 19th Centuries, and though society saw a bit of resurgence during the time, science and technology did not. The lead in that category had been ceded to Europe, and Europe wasn’t going to give it up.

After the Ottoman Empire’s downfall in the 1800s, much of the Middle East was occupied by European powers, primarily France and Britain. Under such control, science could not grow. Religion, however, grew more entrenched.

Though Islam can be interpreted as condoning, even compelling, the study and exploration of the natural world, that view has been in the minority among those in power. Thus, it is political autocracy and theocracy that has likely held science back in the Middle East for the last century or so. Science appears to be germinating in parts of the Islamic world — in Iran and Turkey, for example — but whether the trend will continue remains to be seen.

By Ross Pomeroy, This article first appeared on RealClearScience.


← An Interview with Nidhal Guessoum
The Arabs’ scientific vision →