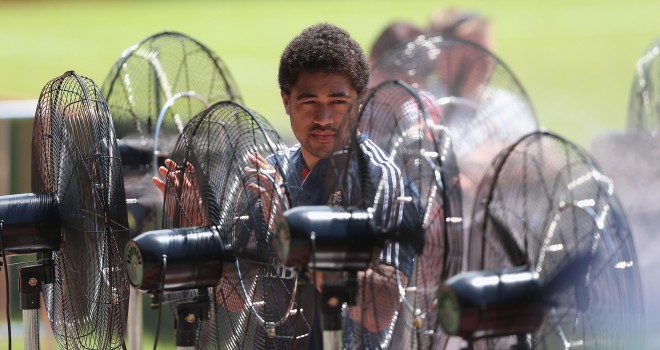 Air-conditioning: For better or worse

Setting thermostats at 25 degrees Celsius will not kill anyone. Clearly, continuing extensive A/C usage will significantly contribute to the warming of the planet

When I arrived in Algiers a few weeks ago for a family vacation, two things struck me: The huge increase in the number of cars and the proliferation of air-conditioning units sticking (mostly wildly) out of houses and buildings. High oil prices have raised the standards of living in Algeria and hard work, good entrepreneurship and sound management have raised living standards in China, India, Brazil and other countries, where similar lifestyle changes are ostensible.

Let me leave aside, for now, the exponential increase in the number of cars and its many consequences, most of them negative. I want to focus on the air-conditioning revolution.

Cheaper, quieter and more efficient air-conditioning has obviously had an important positive impact on human life and we who live in the Gulf are the first to realise that. How much development could the region have seen over the past few decades without the ubiquitous usage of A/Cs? Even in the West, air-conditioning is now seen as sometimes vital, after the heat waves that struck, for instance, France in 2003, and which killed thousands of old people who, lonely and without A/Cs in their homes, could not cope with the extreme weather.

But we are beginning to realise that the over-usage of air-conditioning can have significant negative impacts on our lives and on our environment.

In Brazil, demand for A/Cs has more than tripled in the past five years; in India, it has grown at the staggering rate of 20 per cent per year and China will surpass the US in A/C usage by 2020. Likewise, in the Gulf, with fast-growing populations and infrastructures — a recent Chatham House analysis showed that, should things remain the same over the next two decades, Saudi Arabia would be consuming more oil than it would export, in large part due to swelling A/C usage.

According to Stan Cox, the expert and author of Losing Our Cool: Uncomfortable truths about our air-conditioned world, worldwide consumption of energy for cooling will multiply by 10 by 2050. He points out that stress on energy resources is already being felt: Many countries, including China and India, now produce less electricity than they need; some areas of India experience planned and unplanned power outages for up to 16 hours a day and in Algeria last year, many areas had no electricity for days, resulting in huge losses in productivity and foodstuff.

This serious and growing problem will not be solved easily — for several reasons.

First of all, we have become too accustomed to an over-cooled lifestyle, even though it is detrimental to our health and work. The more we cool our living spaces, the more we want them colder. How often have you walked into an office or living room that felt like a freezer, but its occupant said “this is normal, I don’t feel cold”? Or how often has someone walked into your office or home and immediately said “It’s hot in here”?

Research has indeed shown that a reasonably cooled space makes working more productive, but it has also shown that an overly cold environment reduces productivity. Health surveys have also reported that people who work in over-air conditioned places visit doctors and hospitals more often and claim more medical leaves. And people who use natural ventilation instead of artificial cooling of homes and workplaces report fewer colds, respiratory and circulatory problems, allergies and asthmas. Indeed asthma rates have been doubling every ten years.

The other reason why it will not be easy to redress this situation is that most of our buildings today are designed to need air-conditioning extensively, many of them throughout the year.

If not addressed, this over-cooling of living and working spaces will also have dramatic consequences on the planet’s environment. First, most of the cooling is achieved by using fossil-fuel energy. Secondly, everyone knows that cooling utilises gases that were the main culprits in the ozone depletion that the Earth witnessed one or two decades ago. Those famous CFC gases were mostly phased out and replaced by HCFC’s and then HFC’s. However, the latter are “friendly” to the ozone but they are greenhouse gases nonetheless and in fact their warming impacts are hundreds or thousands of times stronger than those of carbon dioxide, though the latter is produced much more abundantly (by factories and cars).

Clearly, continuing our extensive air-conditioning will significantly contribute to the warming of the planet!

What to do, then?

Solar energy can help a little, as it reduces the usage of fossil fuels for cooling and indeed some buildings are now being air-conditioned that way.

Interestingly, more fruitful are those traditional wind towers and water evaporation methods. And indeed, we are witnessing the growth of “passive cooling” projects in a number of countries, from China to Egypt and Namibia.

But the most important action item is certainly the need for us all to change our lifestyles. Setting thermostats at 25 degrees Celsius, instead of 22, will not kill anyone. In fact, research has shown that workers can easily get used to and perform comfortably at 28 degrees Celsius. And even simple steps as opening windows, at least for some periods of the day or year, can help to some extent.


← Dynamics of a champion Olympian
Projecting homeopathy as medicine is irrational →