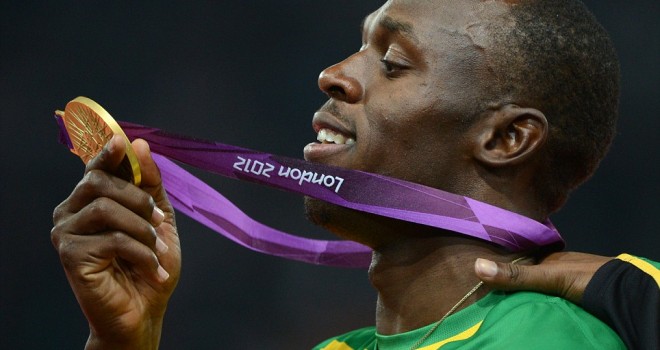 Dynamics of a champion Olympian

In a previous column (‘Can science help understand and even win football games?’), I presented a few simple scientific ideas that can help us follow certain aspects of football that would otherwise seem quite mystifying. With the Olympic Games under way, I thought it might be useful to do the same with some of its most popular competitions (the 100-metre sprint, high jump, different high dives).

This kind of scientific exploration of sports is becoming a speciality; indeed, a couple of months ago, John Barrow, who is professor of mathematics, physics and astronomy at the University of Cambridge, Fellow of the Royal Society and author of several best-selling science books, published 100 Essential Things You Didn’t Know You Didn’t Know About Sport; and this month the British magazine, Physics World, included a special section titled ‘Physics and Sports, the principles behind success’, analysing various factors that explain and/or affect elite performance.

Let me give you a few examples, starting with the always-mesmerising 100-metre sprint. In the 2009 Berlin World Championships, Usain Bolt stunningly broke the record he had set at the Beijing Olympics — by 0.11 seconds, quite a margin! It now stands at 9.58 seconds. As Barrow explains, what is rather amazing about Bolt is that he has one of the slowest reactions to the starting gun. Moreover, in Berlin he benefited from no tail wind at all. In London, Bolt could improve on the record (as he has promised) if two factors work out well for him: A favourable wind speed and a good reaction time to the gun. For records to be accepted, the tailwind cannot exceed a speed of 2 metres per second, but that could give him 0.05 seconds (for free); a good reaction to the starting gun could give him an additional 0.03 seconds or more. And so, with barely any historic effort, we could witness a record of 9.50 seconds or so …

Staying with athletics, let us look at high jump. Nowadays, everyone uses the so-called Fosbury style, whereby jumpers roll their bodies around the bar; hardly anyone “scissors” the bar with their legs anymore. (The modern technique is named after Dick Fosbury, who introduced his then-strange approach in the Mexico City Olympics of 1968.) The reason for that is simple physics: The “scissors” approach requires lifting the whole body and thus the centre of gravity above the bar, whereas in the Fosbury approach, the centre of gravity stays 20 to 30cm below the bar, thus requiring less energy/power to reach the same height. So any additional energy will allow the jumper to reach greater heights.

Let us turn to high-board diving, which has two interesting versions: One in which divers jump from a fixed platform ten metres above the water, and the other where they start from a springboard platform only 3 metres above the water. Which ones allow for more acrobatics and why? Again, simple physics: The springboard pushes the diver up in the air; he/she slows down until the highest point before dropping down, thus giving him/her more time. So although the springboard is much closer to the water than the fixed platform, the diver gets more time for acrobatics. And there are other subtleties produced by this simple difference that you should try to notice while watching the events.

Let us look at ball sports now. In which sport is it easier/harder to score a penalty kick or throw: Football, handball, hockey or water polo? This could be a good problem to give to high school students. How would one answer that question (scientifically)? Simple: First calculate the ratio of the ball’s diameter to the “average size” of the goal (for you, smart students, that would be the square root of the goal’s area, which you can look up); estimate the speed with which the ball (or puck) can be kicked; combine the two.

And here’s one last problem to consider while watching a variety of Olympic disciplines: Which balls fly easiest and smoothest in the air — football, basketball, tennis ball, golf ball or a cricket ball? That is a more difficult question to answer, as that depends on a number of factors: The object’s shape, density and type of material on the one hand, the speed of the ball in the air, on the other. All put together, physicists come up with a “Reynolds number”: The smaller its value, the smoother and less turbulent the flight will be. Googling up the Reynolds numbers of those objects will tell you which ones fly easier in the air (the cricket ball goes smoothest).

Didn’t I tell you? Science makes sports (watching and playing) so much more interesting…

Nidhal Guessoum heads the Physics Department at the American University of Sharjah.


← Lessons from the Golden Age of Islam & Science
Air-conditioning: For better or worse →