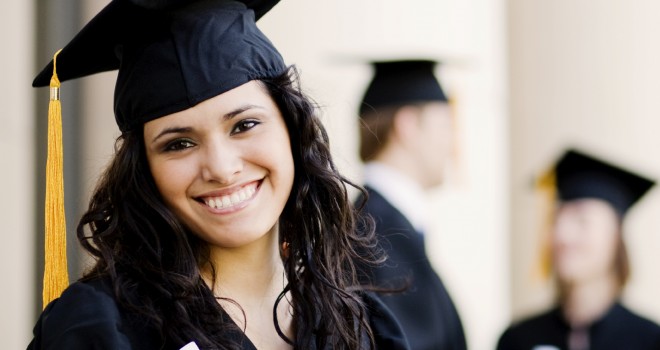 When I talk to audiences abroad about education and science in the Arab world, I enjoy surprising them with figures of female enrolments in Gulf universities. The latest data, presented in the 2012 Global Gender Gap Report, show that women make up 84 per cent and 76 per cent of college students in Qatar and the UAE, respectively — by far the highest female enrolment figures in the world. Almost as striking, in Kuwait the ratio is 69 per cent, in Bahrain 64 per cent, in Algeria 60 per cent and in Saudi Arabia it is 53 per cent.

Female enrolment at universities worldwide has dramatically increased over the past few decades and girls now outnumber boys at universities in 90 of the 134 countries for which data is available. Notable exceptions in the Arab world include Egypt, Morocco and Syria, where women make up “only” 48 per cent, 46 per cent and 42 per cent of university students, respectively.

More interesting still are the figures of “first university degrees”, i.e. the numbers of those who receive a college diploma, i.e. who do not drop out before. In the 2006 Science & Engineering Indicators report, one finds that in Bahrain, 72 per cent of the graduates (in Science and non-Science fields) are female, in Saudi Arabia 67 per cent and in Algeria it is 63 per cent. Compare these with the figures I cited above and you immediately notice that Arab girls succeed significantly more than boys in their studies. This is also confirmed by the results of Programme for International Assessment — a standardised test given to 15-year-olds to evaluate their Math, Reading and Science skills), which have indicated that in the Arab world in particular, girls on an average outperform boys rather significantly.

This is not the end of the story, however, because once we move to the highest levels — to doctoral degrees — we find much smaller ratios of females to males: In Saudi Arabia, where 67 per cent of first university degrees were obtained by girls, only 32 per cent of doctorates were obtained by women; in Morocco, the figure is 31 per cent (compared to 45 per cent at the lower levels).

What explains these figures and should one be surprised by them?

Western audiences are certainly surprised, because they tend to think of the Arab world, and even more so the Gulf region, as a “conservative” society, one where women are “oppressed”, or at least “not given their rights and their due opportunities.” Hearing that in Gulf universities, girls outnumber boys 4 or 5 to 1 is a shock to their stereotyped views.

In fact, when looked at more carefully, the trends can be explained and made to convey complete sense.

First, this is part of a worldwide phenomenon: In both the US and UK, women make up 58 per cent of university enrolments. Secondly, there is a notable correlation between high female ratios in tertiary education and the standard of living (measured by gross domestic product per capita) of a given country. This explains the low female university enrolment figures in countries like India (42 per cent) and Yemen (30 per cent) in particular. However, it does not explain cases like Japan (47 per cent) and Turkey (44 per cent), where sociological factors are probably at play.

In the Gulf and other Arab countries, there are other factors that contribute to these trends. One is the behaviour of boys and girls in high school, where the faster, earlier maturity of girls, coupled with social norms that are often applied more strictly on girls than on boys, make girls study more seriously and drop out much less frequently. This then helps girls get admitted to universities much more easily.

Secondly, in this part of the world, boys have several options that are generally not available to girls: They can join the army or the police, they can join their family businesses or — if they are good enough — they can receive scholarships to study at universities abroad.

The higher-level (doctoral) figures can also be linked to social and family factors. Indeed, in the Arab world, most women are married and even have a child or more by the time they reach their mid-20s. And that makes the pursuit of doctoral degrees, which require countless hours of work at the university and at home, very difficult.

The emergence of women at Gulf/Arab universities is a welcome development. As various famous people have said, in similar words, “educate a woman and you educate a generation or a nation”.

And as a number of social activists have been arguing, the benefits of female education are multiple, broad and long-lasting for an entire nation. On the other hand, losing too many boys between high school and college is something that we need to pay close attention to.

Nidhal Guessoum is a professor and associate dean at the American University of Sharjah. You can follow him on Twitter at: www.twitter.com/NidhalGuessoum.