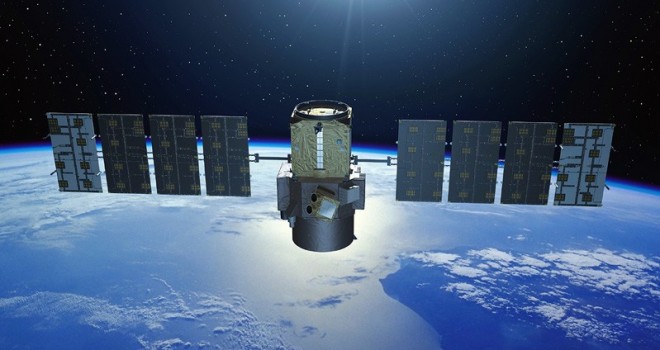 Why couldn’t Nasa find that plane?

The disappearance of the Malaysia Airlines aircraft indeed exposed our fragile world of intricate transport, communications and space technologies

The disappearance of Flight MH370 has been called “the greatest mystery of the 21st Century” (so far). It has fascinated the world, drawing wall-to-wall coverage from global news channels. It has baffled experts and lay men alike. It even led news shows on CNN to consider far-fetched and irrational scenarios ranging from ‘Bermuda triangle’ and a Lost (TV show) type of crash to black holes. Even “the supernatural” was invoked … One valid question that has been repeatedly asked is: “Why couldn’t Nasa find that airplane?” — Nasa representing, in the public psyche, the technological prowess of humanity. This is an important question because it first reveals the public’s deep-seated suspicions that our technological capabilities are highly exaggerated and that even our scientific claims are suspect. Indeed, several people asked me on Twitter how I could defend the “claim” that Nasa made it to the Moon and had sent a spacecraft (Voyager 1) beyond the solar system, when it could not locate this plane or even say in which direction it flew after communications were lost or cut off with ground control.

We have indeed been telling the public that humanity has placed thousands of satellites in space, some of which can make out 10-centimetre-sized objects on Earth. We have also said that every square-foot of our planet has been mapped and can be viewed by anyone and from anywhere (using Google Earth). And, lately, we have been hearing that most phone conversations and most email exchanges are recorded and analysed by some companies or agencies. How could we then explain to the public that all this powerful technology is unable to locate a 60-metre object with 239 people on it?!

Before we can answer that important question, a few facts need to be recalled.

First, planes are not tracked by satellites, but by radars. And there are large areas of Earth where no radar installations exist. Planes do use GPS to determine their own locations, but that information is not transmitted to anyone. Some planes carry tracking devices, but those can only be used if they are turned on and specific satellites are given the task. British company Inmarsat, with 11 satellites, began tracking MH370 about three hours after it went missing via an on-board data system (Aero Classic), which is not a GPS-type locating system. In fact, these satellites are not even GPS-equipped! One of them sent a “ping” (a brief signal) to the plane every hour, getting an automatic “ping” response eight times. Data analysts were thus able to narrow down the plane’s possible routes — a complex problem considering the different angles that the signals could have come from.

Geostationary satellites such as Inmarsat’s orbit at 36,000km above Earth. They cover wide areas, but they cannot resolve anything smaller than tens of kilometres. Low-orbit satellites can have very high resolution (tens of centimetres), but they only see a very small area (a few kilometres) at a time. Now, if the plane exploded in flight, at high speed and with strong winds, and depending on how many pieces it broke into, it could have scattered over tens of kilometres. (This is a nice high-school physics exercise, by the way.) If it crashed as one piece, and depending on the angle, it could have reached the bottom of the ocean and few pieces could have floated back. That is essentially what happened to Air France Flight 447, which crashed in the Atlantic in similar circumstances in June 2009.

And last but not the least, satellite images have shown that our oceans are littered with debris of all kinds, from small plastic boxes to large containers. Finding a “good” object among all that detritus is really like finding the proverbial needle in a haystack.

One satellite company, DigitalGlobe, and its subsidiary Tomnod, thus resorted to volunteers in a crowdsourcing attempt to help search its satellite images for any object that could be related to the case. Volunteers indeed could do a better job than computers, but they still came up with too many “false positives” (objects that looked “good” but turned out to be false alarms).

What about the famous black boxes that record all flight information? First, those boxes are not equipped with GPS devices that would allow us to determine their locations. Secondly, they emit pings that can be detected from 2-3km, but only for 30 days or so (due to limited battery power). In the case of the Air France plane, it took two full years for its black boxes to be found. These technical limitations will most likely be addressed and black boxes will be upgraded in the near future.

The disappearance of Flight MH370 indeed exposed our fragile world of intricate transport, communications and space technologies. We have really made huge advances in the 20th Century, but we are still limited in many regards. Frustrations should not push us to belittle our progress or turn our backs to science and technology. Instead, they should encourage us to work harder to improve our systems and rectify their shortcomings.


← Muhammad Abdus Salam
Richard Dawkins is so wrong it hurts: What the science-vs.-religion debate ignores →