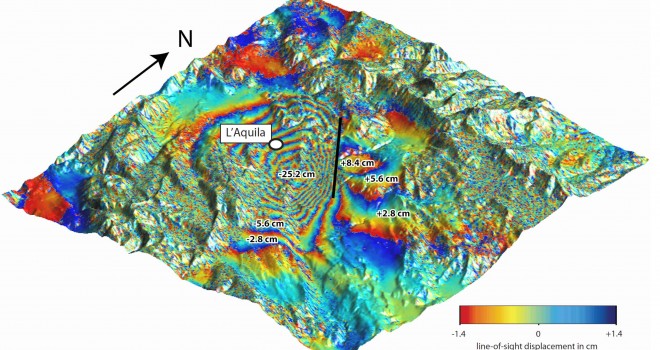 Training for earthquakes is the key

Apart from concentrating on earthquake engineering and human readiness, there isn’t much we can do right now

When earthquake struck on April 16, I was in a meeting. The room and the tables shook for 15 seconds. I thus realised that probably a major one had hit somewhere in Iran. I then recalled a statement I had read in The Signal and the Noise (Ned Silver’s recent best-seller about probabilities and statistics): An earthquake of magnitude 7.0 in the Tehran area would kill two to four million people.

My heart raced when, a moment later, I found major websites estimating the earthquake’s magnitude at 8.0, later revised to 7.8. However, it was quickly determined that the epicentre was to the east, far from major cities. Still, the US Geological Survey (USGS) estimated the probability of more than 1,000 fatalities, at 47 per cent, and of damage of more than $10 million (Dh36.78 million), at 74 per cent. A USGS page dedicated to the earthquake read: “Significant casualties are likely and the disaster is potentially widespread. Past events with this alert level have required a regional or national level response.”

Countless people in the UAE and the whole region ran outside buildings — understandably. A week earlier, a more moderate earthquake hit at a magnitude of 6.4 only 270km from Bahrain and caused serious concern in the region regarding the potentially disastrous impact such earthquakes might have on the Iranian nuclear installations. What then was everyone thinking, about this new one, which had 25 times stronger tremors and 125 times more energy? And what about future earthquakes in Iran, which sits across several major tectonic plates?

Why cannot scientists predict earthquakes as they now do with hurricanes and warn people to prepare for the disaster or flee the region?

Silver’s assessment of earthquake prediction research is simply damning: “The science of earthquake forecasting seems barely to have evolved since the ninth century AD.”

Actually, this is not quite correct. Indeed, as Silver himself clearly notes, one must distinguish between “predicting”, that is determining as precisely as possible the date, time, location and magnitude of a future quake, and “forecasting”, which (as in meteorology) only gives the probability of an earthquake occurring in a given area, at a given magnitude and over a certain time period.

And indeed, now that we have tonnes of data about past occurrence of quakes of various magnitudes in different parts of the world, one can get a rough probability by simply assuming that earthquakes occur randomly in time. This is not quite correct, however, and by noting the “clustering” of quakes in certain periods, one can produce more accurate forecasts of future earthquakes in that region.

Scientists have tried various methods for predicting earthquakes. They have all failed miserably. The physics of earthquakes is just too “chaotic”.

Dozens of predictive factors have been proposed in the past century, ranging from serious ideas such as foreshocks and radon gas emissions to strange ones like “toads start to swim oddly in the ponds” and “dogs bark in bizarre ways” …

Radon gas is a radioactive product of uranium, which is often found in minute quantities in rocks. Radon would thus presumably be released when the fault lines shift rocks. And since radon has a short half-life, its quantity would vary quickly over days if not hours and a high level would imply something going on underground … As for animals, they are thought to be sensitive to even very weak tremors, such as the ones that often occur prior to bigger quakes.

Systematic studies, however, have concluded that none of these portents show any significant correlation with earthquake data.

Foreshocks, however, often come before major quakes. But not always: The 2010 Haiti disaster, which, at a magnitude of 7.0, killed 316,000, had no foreshocks of any significance.

Still, there are some promising lines of research on earthquake prediction. These revolve around attempts to monitor the accumulation of stresses and strains in rocks along fault lines and in at-risk regions. The idea is to calculate the time needed for the strain to be released — in an earthquake. The problem is that such physical knowledge of faults and regions is rare and faults vary greatly in geometric irregularities and geological behaviour.

Some scientists have flatly stated that earthquake prediction is impossible, now or in the foreseeable future. And many scientists and decision-makers have stressed the danger in making erroneous predictions. Indeed, it has been estimated that a false warning by the Japanese government (based on a scientific committee’s prediction) will cost $7 billion (Dh25.74 billion) per day in economic losses.

So, what to do? For now, it is best to focus on earthquake engineering and human readiness. In 2008, a 6.9-magnitude quake killed 13 people in Japan. Compare that to the fatalities mentioned above for the 2003 earthquake in Iran or, worse, the Haiti disaster in 2010.

Once again, education is the key. There is no quick-fix or magic solution.


← Richard Dawkins does it again: New Atheism’s Islamophobia problem
Are robots about to change humanity? →