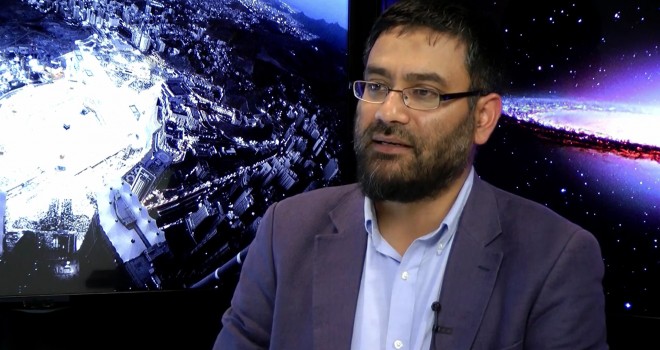 The triumph of traditionalism

The question: Can Islam be reconciled with science?

The decline of science in the Islamic world over the last 1,000 years is probably due to a complex interplay of different factors: theological, political and economic. On the latter point, George Saliba has suggested that the discovery of a sailing route around the Cape of Good Hope was significant, as merchants travelling from Europe to Persia, India or the Far East no longer had to pay taxes to the Mediterranean-based sultans and caliphs: scientific research has usually required generous funding via royal patronage throughout history.

But the most decisive factor, at least in Sunni Islam, has been the dominance of traditionalism over rationalism, with religion remaining deeply sceptical of natural philosophy, the forerunner to the modern natural sciences. (Shia Islam has retained a strongly rationalist, or Mutazilite, and philosophical character.)

The 11th-century theologian al-Ghazali epitomised the traditionalist Ashari school that came to dominate Sunni Islam. His Incoherence of the Philosophers attacked philosophy on 20 counts of heresy. These included the idea that nature had its own, internally-consistent laws and ways of operating – this was heretical because only God is truly independent, and nature must be dependent on God. The theologians missed an obvious mystical solution: nature reflects the names of God, so for example, the beauty and precision of natural, scientific laws reflects the divine names of God as the Beautiful and the Determiner.

The Asharis also denied causality, or the principle of cause and effect, even though their position negates free will and personal responsibility. If I were to punch you in the face, I could argue that God and his angels had actually broken your nose: it was purely a coincidence that my fist was nearby, and any imagined connection between my punch and your injury was just an illusion!

The Asharis were trying to justify miracles, such as that of Abraham remaining unharmed when thrown into a large fire. Fire burned objects, they reasoned, not because of an innate burning quality but because God created this quality in fire at every instant. If God willed, he could suspend the burning action of fire, as he did to save Abraham. al-Ghazali extended this reasoning to other familiar situations: “Water does not quench thirst, bread does not satisfy hunger and medicine does not cure illness” – it is always God who mediates what we think is cause and effect.

The 12th-century philosopher-jurist Ibn Rushd (Averroes), who believed fully in the harmony of religion and philosophy, wrote a vehement point-by-point rebuttal of al-Ghazali entitled The Incoherence of the Incoherence. In it, he described al-Ghazali’s above-mentioned arguments as “sophistry … very objectionable, and contrary to common sense.” Averroes argued that God creates things with innate qualities so that water, bread and medicine do have effects via their intrinsic nature.

Ironically, the Islamic world largely ignored Averroes in favour of al-Ghazali, whilst the former had a profound influence upon the Christian west. A further irony is that centuries later, Hume also thought about miracles, very differently to al-Ghazali, but wrote that reason and empirical observation could not prove causality. Whereas Hume’s apparent denial of causality has had no negative impact on western science and is not taken seriously, leading Islamic seminaries and universities still dogmatically teach the anti-scientific Ashari theory to this day, despite the fact that it has been untenable at least since Newton’s discovery of the deterministic laws of motion and gravity that are confirmed a trillion times every day. Whenever I’m asked why the Islamic world has still not come to terms with Darwin, I reply that it needs to get over Newton first!

Al-Ghazali’s triumph in the Islamic world led to a deepening gulf between religion and science. A couple of examples from 15th-century traditionalist scholars will illustrate this. Ibn Hajar, a master of hadith-commentary, queried the Muslim astronomers who explained that solar eclipses were caused by the moon blocking the sun: “How can this be, when you yourselves claim that the sun is much bigger than the moon?” And the Egyptian scholar Suyuti wrote in his Qur’an-commentary, “The religious authorities hold that the earth is flat, in opposition to the astronomers who hold that it is spherical, although this is not a major principle of religion.”

As a Cambridge-trained scientist and a traditionally-trained Qur’an-student, I believe in balancing tradition and reason. I am comfortable with western scientific rationalism, but with the added sense of wonder and of the sacred upon contemplating nature, a major theme of the Qur’an, which also supplies universal values and answers to the meaning and purpose of life and existence. And my heroes of science include: Bayruni and Bohr; Ibn Rushd and Rutherford; Maqdisi and Maxwell; Nasir Tusi and Newton; Ibn Haytham and Hawking; Ibn Sina and Einstein.

By Usama Hasan, published in The Guardian, November 27th 2009.


← What’s So Difficult About The Islamic Calendar?
Does the Arab world (not) need basic science? →