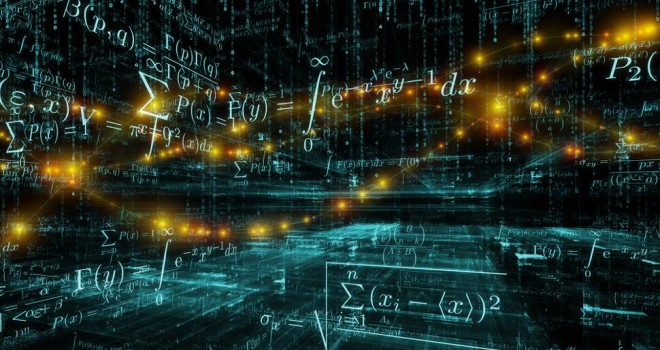 Does the Arab world (not) need basic science?

When the British physicist J. J. Thomson won the Nobel Prize in 1906 for his discovery of the electron, he proposed a toast at a celebratory dinner reception: “To the electron – may it never be of any use to anybody.” He was proudly defending the then “obvious fact” that the electron was a discovery with no application, a “basic” type of research. A century later, not only does the electron have wide-ranging uses in our lives (from electronics to medicine), but its yearly “market value” is more than three trillion US dollars. In the same spirit, Margaret Thatcher once remarked that Michael Faraday (the 19th century British physicist whose basic research led James Maxwell to discover electromagnetic waves) was, in today’s market, worth more than the London Stock Exchange.

But before we debate the relative importance of basic research, particularly in the Arab context, we need to agree on what we mean by that. The French say “recherche fondamentale”, referring to any research around a foundational topic, be it in the laws and fabric of nature or in the essential components (particles, fields), interactions and phenomena that we need to scientifically understand and describe it. Some have described basic research as one where the outcome is unknown. Wernher von Braun, the German-American rocket scientist, boldly defined basic research as “what I am doing when I don’t know what I am doing.” In contrast, applied research, and more so development research, is the kind where the goal is defined in advance, such as producing a more efficient solar cell for example.

With this distinction, and noting that sometimes the areas overlap, one may legitimately ask: shouldn’t the Arab world, with its need for development across all aspects of its socio-economic life, focus on applied research? How could anyone argue for more support for basic research? Does it make sense for Arab governments to spend on such “useless” fields as astronomy, particle physics, archaeology, and the like? Is basic research a luxury that should only be afforded by rich and more developed nations?

Before I address the research and funding situation in the Arab world, let us review the main arguments for basic research, since the benefits of applied research are broadly accepted. The goal of research should be to promote socio-economic development, particularly for less advanced countries. Resources and policies should support that goal.

A common defense of basic research is that eventually it leads to applications. Indeed, few innovations are made without prior discoveries in fundamental science. In a famous study on biomedical sciences, one hundred specialists were asked to vote on the top 10 advances in cardiovascular medicine between 1945 and 1975. Once those ten advances were listed, the investigators reviewed 4,000 articles in search of the key scientific developments that led to those practical advances. Of those articles, 2,500 were found to be relevant, and 62% of these reported basic research.

“Twenty Arab countries are found to produce 6,000 books per year, compared to more than 100,000 in North America, for a comparable population.”

Many specific examples can be given on the direct and indirect links between basic research and subsequent practical innovations: radiation therapy, positron emission tomography, magnetic resonance imaging, DNA and genetic engineering, even “pure mathematics” and Einstein’s general relativity. The internet, we are often reminded, was conceived and developed by the physicist Tim Berners-Lee at CERN (Conseil Européen pour la Recherche Nucléaire, the large particle-physics research center near Geneva). In fact, out of some 10,000 particle accelerators in the world today, only 100 or so are still used for (sub-)nuclear research, the rest are used for applied science, such as producing radiation and isotopes for medical therapies.

But this argument has limitations for two reasons.

Firstly, considering the human and financial resources that have been poured into such basic research as large particle accelerators or space technologies, it would be unlikely not to yield any worthwhile spin-offs. I once found more than 100 products that (indirectly) came from the space exploration programme, including: X-ray fluoroscan, CT scan, infra-red thermometer, laser angioplasty, auto-microbic detection system, various robotic elements, virtual reality, and many others.

Secondly, I believe that science is not solely, or even primarily, for improving lifestyles: it is for human progress. We humans have been blessed with reason, intelligence, and the growing capacity to control our environment. With this comes the responsibility of both stewardship (khilafah in Arabic) and proper moral behavior and spiritual attitude (amanah).

Science, alongside other important human disciplines (religion, art, etc.), allows us to understand and appreciate the world that we have been placed in and entrusted with. Human history has shown that science, more than any other field, leads to a renewed and sometimes transformed understanding of our own nature and our place and role in the cosmos. That is why, even though people are often briefly attracted to the latest technological innovations – everyone is fascinated by every new astronomical discovery. Furthermore, the last few decades have shown that countries which do not have a strong basic science program in both education and discovery can pursue “research and development”, but their scientific and intellectual progress will remain modest.

In the Arab world, we find weaknesses on all these fronts. Intellectual progress is slow at best, as can be measured, for instance, by the number of books published each year, by the percentage of scientists in the population, or by the fraction of GDP spent annually on research.

In November 2010, UNESCO published its Science Report for the world, where a wealth of data and commentary could be found on many countries and regions. Twenty Arab countries are found to produce 6,000 books per year, compared to more than 100,000 in North America, for a comparable population. The Arab world counts 371 researchers per million people, compared to a world average of 1,081. Only Jordan and Tunisia have higher numbers than the world average. The scientific production is equally low, with an average of 41 papers produced per year per million people, compared with a world average of 147. Finally, the spending on research, whether basic or applied, remains truly dismal.

Using data given by the World Bank for the past ten years, I calculated the average of research spending in the most recent three years for various Arab countries (Table 1). Compared to a world average of 1.2% of the country’s GDP in 2007, the following were found for Arab states:

In contrast, Israel has been spending an average of 4.60% of its GDP on research and development.

The spending on basic research can be found for the OECD (Organisation for Economic Co-operation and Development), through the Main Science and Technology Indicators document that is regularly produced by the Organisation, and for a few countries (China, Korea, USA) in some reports. “Research and development” is usually divided into basic research, applied research, and development. The latter usually represents half of the allocated budgets, and basic research gets somewhere between 5% of the funds (in China – the lowest fraction) and 32% (in emerging countries like Poland and Hungary), while most countries allocate about 20 to 25% of the funds. In October 2008, the Chinese prime minister was asked about the strangely low percentage (5%) of the budget allocated to basic research; he conceded that it is unacceptably low, and he pledged to increase it gradually over the next five years. No wonder that not a single Chinese national has won the Nobel Prize in the sciences, compared with more than 150 Americans. In the US, almost all the federal institutions which fund basic research (in addition to applied research) have increased their funding, by 19% between 2003 and 2008.

There are no such data to analyze for the Arab world. However, all the Arab literature on research and funding puts almost exclusive emphasis on “applied”, “innovation”, and “technology”. As the UNESCO report’s chapter on Arab States puts it: “Arab countries speak almost in unison when it comes to their designated S&T priorities: water and energy.” It also puts a few other fields under the limelight: information and communication technologies (ICT), nanotechnology, and biotechnology.

There are other indicators confirming this emphasis on applied research and sustainable development in the Arab world. New organizations have been formed recently for the explicit purpose of funding developmental efforts. The Arab Science and Technology Foundation and the Emirates Foundation, have all put strong emphasis on applied research. The same goes for prizes such as the Islamic Development Bank’s Prize for Science and Technology. A review of the funding criteria and recent activities of these institutions does not hide their scant regard for basic research as a priority.

Let me stress that I am not calling for basic research to be given priority in funding or support in the Arab world. Applied research is certainly important, but some balance is required, and encouragement of basic science is a must if we want to produce enlightened, informed, and well-educated communities, as well as robust home-grown socio-economic development. Basic research is difficult to control and direct; outcomes are often unexpected, and even results which initially seem devoid of potential can later yield important applications. Furthermore, for research to truly be productive, the scientists must feel free to explore all kinds of paths and ideas.

An S&T strategy was commissioned by the Arab League for discussion in the Arab Summit that was supposed to take place in March 2011; the meeting did not take place, as the Arab Spring unfolded, and to my knowledge the Arab S&T strategy is on hold.

And while joint ventures are forged with European and other partners, it is important that a balance be recognized and articulated between “priority areas” (e.g. water, energy, agriculture, new technologies) and between the educational, cultural, and social importance of basic science.

Bob Wilson, the first Director of the Fermilab accelerator centre, was once asked by a congressional committee “what will your lab contribute to the defense of the US?” He replied “nothing, but it will make it worth defending.”

As Arabs, contributing to human civilization in basic sciences will make our lives meaningful and comfort us in our quest to be morally responsible stewards of Earth.

Nidhal Guessoum is an astrophysicist and professor of physics at the American University of Sharjah, United Arab Emirates, and author of Islam’s Quantum Question.


← The triumph of traditionalism
Does Islam Stand Against Science? →