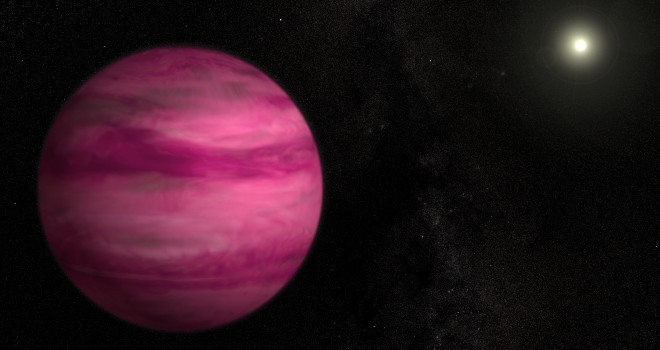 The search for other ‘earths’ heats up

‘Are we alone?’ and ‘Is there life elsewhere?’ are questions that have been described as the most important ones facing science. Indeed, until very recently, these questions remained in the realm of speculation. Today, we have the tools to address them methodically, step by step. Fifty years ago, physicist Philip Morrison had said this about the search for extra-terrestrial life: “The probability of success is difficult to estimate; but if we never search, the chance of success is zero.”

In my next article, I will review what we have been doing to search for — or even contact — intelligent extra-terrestrials, what we usually refer to as “aliens”. In this article, I wish to review the recent advances in searching for life, simple or complex, elsewhere, starting with the search for “other earths”, i.e. planets that are similar enough to Earth to be able to harbour life of some kind. Last week, scientists from Australia announced the discovery of a “super earth”, a planet that is about five-and-a-half times bigger than Earth, but likely has a moderate temperature (a few tens of degrees), which allows water to exist in liquid form, a key condition for the existence of life (as the scientific consensus goes). Indeed, liquid water, though it is not the only such substance, is by far the best medium for molecules to assemble into more and more complex compounds, leading (in principle) to the formation of DNA and RNA molecules, the holders of information and instructions for all life that we know of.

Interestingly, this new planet, Gliese 832c, is only 16 light-years away from us, next door by astronomical standards, thus allowing for future detailed telescopic studies of its atmosphere (assuming it has one) and even its landscape (if it really resembles Earth). This will give us additional clues and evidence of any life and activity there. Indeed, any life on a planet, even the most primitive type, will leave some telltale signs in the atmosphere, e.g. oxygen, ozone, or methane gases in abnormal concentrations.

The search for life elsewhere has recently heated up with the search and discovery of numerous “exoplanets” (“exo” meaning outside the solar system). Several astronomical projects have been devoted to this search, some of them space-based. The first discovery of an exoplanet was made in 1997, and since then, particularly with the launch of the Kepler spacecraft by Nasa in 2009, some 1,800 exoplanets have been discovered with an extreme range of characteristics.

We have found more than 100 systems of multiple planets orbiting a star, sometimes orbiting two, three, or four stars in a complex group. Some of those planets are huge, many times bigger than Jupiter (which is a thousand times more voluminous than Earth), others are smaller than Mercury. Some orbit very far from their stars, taking 2,000 years to circle once; others are extremely close to their stars, taking as little as two hours to orbit once. Some are extremely hot, with temperatures reaching thousands of degrees, melting the surface; others are extremely cold, at more than 200 degrees below zero.

The most interesting exoplanets are those that orbit in the “habitable zone” — the region of space around a star where the temperature of an orbiting planet is between zero and a few tens of degrees, as on Earth. The recently discovered Gliese 832c is one such example. Indeed, it has an “Earth Similarity Index” of 81 per cent (100 per cent would be an “Earth twin”). Only two other exoplanets have better ESI’s: Gliese 667Cc at 84 per cent and Kepler 62e at 83 per cent.

The last decade in the search for exoplanet has led us to believe that most stars have one or more planets around them and ten to 20 per cent of them have at least one planet in the habitable zone. That is very encouraging for the search for life, but it is not the end of the story, only the very beginning. Indeed, for life to exist somewhere, the planet (or possibly a good moon of a planet) must not only be in the right zone around its star, it must have the right size (for it to have an atmosphere), both the star and the planet must be stable (if the star erupts too often with radiation, it will kill off any budding life on the nearby planet), and hopefully have mild and regular seasons on the planet (from a nicely inclined axis, like Earth’s). We are not yet able to determine which exoplanets have such nice characteristics.

We are at a critical juncture of the search for life elsewhere. If the nearest thousand stars, with all their planets, are conclusively found to harbour no life at all, then the odds of life existing in our galaxy will be extremely low, if not nil. But if we do find even primitive life in one of our neighbouring star-planet systems, then the Milky Way must statistically be full of life, some of it probably quite advanced elsewhere. Either way, it will be an extraordinary conclusion for science to reach.