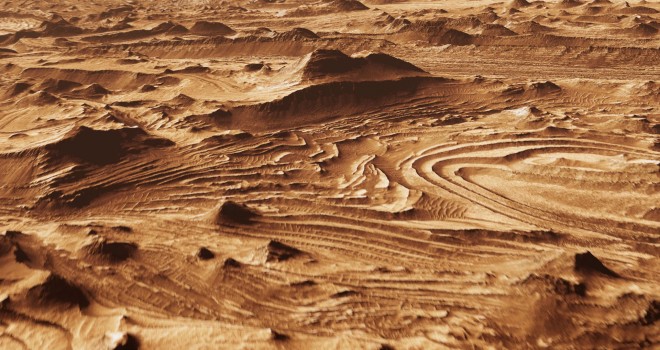 The ride of your life: A one-way ticket to Mars

The perils notwithstanding, several thousands are keen on signing up for the project

When the Mars One project announced that it planned to enlist volunteers for a one-way trip to the Red Planet, most people thought it was a crazy idea. Who would want to take a trip to a barren, dangerous and boring place … with no chance of coming back? Thousands and thousands, it turns out!

In two hours, more than a thousand people signed up, submitting short bio sketches and video statements explaining why they should be chosen. Within two weeks, it was 78,000. The latest figures have not been released, but it must be in the hundreds of thousands now.

The project calls for people to volunteer (and pay a fee to apply) to be among the first wave of humans to go to Mars and set up a station for others to join each year. Within a decade, there would be 50 or so colonists who could explore the planet and prepare for a viable human outpost to the rest of the solar system.

The project’s website allows visitors to view submissions by country, age or gender, by language and popularity, as one may “like” or vote for candidates. On May 31, I filtered by Arab countries and found (only) nine applications: Two each from Iraq and Morocco, and one each from Algeria, Egypt, Palestine, Qatar, Saudi Arabia and the UAE.

The applicant from Palestine was quite interesting. Marwa, 25, hair-covered and speaking in perfect English (with Arabic subtitles), expressed her desire to be part of the project of “turning the red planet green” and, in the process, inspiring others (here on Earth) to follow their grandest dreams.

Not to discourage anyone from applying, as indeed I am awed by the human spirit that makes youngsters who have their lives and dreams ahead of them volunteer for such a no-return mission, but I am not sure that candidates are fully aware of what is in store for them.

Mars has very little atmosphere, about 0.6 per cent of Earth’s, mostly made of carbon dioxide, and it does not protect from radiation. Interestingly, on May 31, Nasa released estimates of radiation exposures for a trip to Mars that showed that a one-way journey would expose astronauts to the equivalent of one third of a lifetime’s safety limit, if not more, depending on the level of solar activity. Strong shields may help, but cannot protect completely and they will raise mission costs substantially.

Moreover, Mars’s gravity is weak, almost three times weaker than Earth’s. There is no liquid water, though it is believed that some exists underground. And it is awfully cold: The planet’s average is about 50 degrees Celsius below zero and rarely does it get above zero anywhere.

Humans can of course build habitats on Mars (that’s the plan), producing enough air at the right pressure to be livable and they could grow some food and recycle water. However, the greater challenge will be the psychological and social life conditions.

Indeed, a small group of people living together for years in a tight environment presents huge challenges. The organisers have thus insisted that for volunteers to have any chance to be selected, they must be resilient, creative, resourceful, trusting and trustworthy, self-reflective and with a definite capacity to maintain healthy relationships. That is why Marwa described herself as strong, smart, creative, a good friend and supporter, a team player and a hard worker. She knew these to be the traits that the project leaders were looking for in candidates.

But should we be surprised to see so many eager to take a one-way trip to a cold and inhospitable world? Some have claimed that this is similar to those explorers who took the first voyages to Antarctica, to the Far West or around the world, not knowing what they might encounter. However, that was still on Earth and there was also the possibility, in principle, of coming back.

Those who have signed up for the Mars One project have given a variety of reasons, including — an opportunity to do something remarkable, something they do not have here on Earth; the chance to expand humanity’s frontier; wanting to experience unique thrills; exciting the next generation by this bold move; pursuing a dream etc.

In China, when the official media denounced the project as a scam, more than 10,000 people signed up. One candidate explained it best: “We live in a country without dreams,” he said, “our people should be allowed to dream for something that seems impossible today, but possible with an effort tomorrow, not discouraged and scared.”

That spirit is indeed what uniquely defines and characterises the human species. We should be grateful to have entrepreneurs and leaders who, once in a while, bring us projects that reignite our spirit of discovery and make us push boldly forward for the unknown.

I do not have that boldness and braveness; I have tied myself down here too much. That is why I am so impressed by those daring candidates and I am so happy to see the human spirit still very much alive and bright.