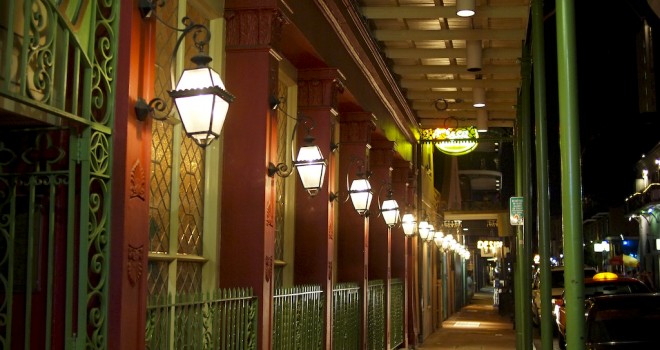 The Reception of Biological Evolution in Muslim Societies

Salman Hameed is heading over to New Orleans for the annual MESA (Middle Eastern Studies Association) meeting (Irtiqa). He is part of the panel on The Reception of Biological Evolution in the Muslim World and they will present some of their latest results from a recent survey.

We are familiar with debates over biological evolution here in the US. These debates are now starting to take place in various Muslim countries as well. In this panel we want to take an interdisciplinary approach to understand the reception of biological evolution in diverse Muslim societies. In particular, we want to explore how belief, ideology and politics interplay with each other in the acceptance and rejection of evolution.

Biological evolution is still a relatively new concept for a majority of Muslims and a serious debate over its compatibility with religion has not yet taken place. The circumstances for the debate are, in many ways, significantly different from the engagement between evolution and Creationism in the West, reflecting a complex intermingling of ideas about science and religion. For example, much of modern science, including evolution, is an import for Muslims, and is therefore often seen through the complicated lens of modernity and the interactions with European colonial powers.

However, science in general is well respected, and there is widespread recognition that science (usually in its applied form) is essential for progress. For instance, many Muslim countries are investing in biomedical fields that make use of evolutionary theory. Evolution is also included the high school curricula of many Muslim countries, though human evolution is often excluded.

This reflects the prevailing narrative in the Muslim world that Islam and modern science are compatible, and that Islam is a rational religion in harmony with modern science. It is common for people to cite verses in the Qur’an or achievements of medieval Muslim philosophers to support this assertion. However, for many Muslims, biological evolution also clashes with common Qur’anic interpretations. This leads to a complex mesh of attitudes, ranging from rejecting evolution altogether to interpreting the Qur’an in ways that eliminate inconsistencies with the theory.

The goal of this panel is to present the topic from three perspectives: a) to present an analysis of high-school biology curricula in various Muslim-majority countries so see how evolution is presented and contextualized with respect to Islam, b) to present an analysis of the way biomedical Muslim professionals negotiate evolution and their beliefs, and the local cultural and political factors that might shape these responses, and c) to present the perspective of professional Muslim biologists engaged in dialogue with theologians and the general public on the topic of evolution.

While Islamic intellectual tradition has embraced modern science in general, Darwin’s theory collides with significant Islamic perspectives about creation in a distinctive manner. This study illuminates the myriad interactions and dialectics, among Islam, evolutionary science, and education in diverse cultures including Indonesia, Malaysia, Egypt, Lebanon, Pakistan, and Turkey. Specifically, it examines how biological evolution is construed and contested in science education in these Muslim societies. Secondary biology curricula and textbooks from these countries were analyzed using the standard content analysis methods to gauge the status and treatment of evolution in school science. In addition, surveys were administered to approximately 75000 high school Muslim students. The surveys examined students’ scientific and religious understandings of evolution. Survey data were analyzed using quantitative strategies (descriptive statistics, correlations, t-tests, chi-square analysis).

Curriculum analysis revealed that evolutionary concepts, including natural selection, are presented in all these curricula. An explicit discussion of human evolution, however, is missing in the textbooks. With the exception of Pakistan, religious references are not common. Pakistani Biology curriculum presents scientific models and religious perspectives on the origin and evolution of life, and presents the interpretations of the scripture as compatible with evolutionary science.

Muslim students’ responses reflected the conflicting scientific and religious messages they have been exposed to in their schools and society. Most students did not exhibit a comprehensive understanding of evolution and many did not accept it. Moreover, the majority demonstrated significant misconceptions about the nature of science. Notably, students’ religious beliefs about the creation of life influenced their scientific understanding of evolution.
This work facilitates a greater understanding of the diversity of Islamic thought on evolutionary science and evolution education. It also informs science teachers in the west about how Muslim teachers and students might think about evolution and its teaching, thus facilitating a greater Western understanding of the diversity of Islamic thought on evolution and evolution education.

Muslims and Evolution: A Study of Pakistani Physicians in the United States

This study investigated how Pakistani-American medical doctors regard biological evolution. The goal of our analysis was to present how biomedical Muslim professionals negotiate evolution and their beliefs, as well as the local cultural and political factors that might shape those negotiations. We used a mixed-methods approach, chiefly consisting of a short interview, in order to uncover negotiations as they were understood by our participants. In our interviews we presented evolution in the contexts of microbial, animal, and human evolution; evolution’s acceptability or unacceptability to Muslims; and evolution’s relevance to medicine. Participants were 23 doctors attending a convention in the United States. We find that participants assigned a plurality of meanings to the theory of evolution. The meanings that participants in our study assigned to the theory depended on interactions between a participant’s perception of religion, science, medicine, and a host of other cultural influences.

Evolution, Islam, and Identity: The Reception of Biological Evolution in Pakistan and Malaysia

For the past few years we have been conducting a multi-country study to investigate attitudes of Muslim physicians and medical students towards biological evolution. Our mixed-method survey is identical in each country and that allows us to explore how cultural and political factors shape the interaction between religious beliefs and science. I will present an analysis of oral interview responses from 29 Malaysian and 45 Pakistani physicians and medical students living in their respective countries. While the numbers are small, the differences in the two samples are still striking! For example, almost half of the Pakistani respondents accepted biological evolution, whereas only three Malaysians responded in the same way. I will use responses to the question about human evolution to explore how these biomedical professionals and students are negotiating the boundaries of science and religion. In Malaysia, we found a relative uniformity in the responses of our interviewees suggesting, perhaps, the presence of an established narrative on the topic. In fact, our preliminary analysis indicates that the rejection of evolution (in particular, human evolution) has become part of the definition of being a Muslim in Malaysia. In contrast, the responses in Pakistan were diverse and we did not see a single dominant theme (other than ‘science and Islam harmony’) related to evolution, including that of humans. At the same time, we found that about a third of the participants in Pakistan were deeply conflicted about the relation between human evolution and Islam, and chose to simultaneously hold contradictory views: an acceptance of the theory on scientific grounds and a rejection on the basis of religion. We suspect that this is because evolution has not been an issue of controversy in the country, and high-school biology textbooks present evolution in a religious context, justified by the Qur’an. I will contextualize these results with respect to the broader discussion of the reception of modern science in contemporary Muslim societies.

As a Muslim evolutionary biologist, I am deeply engaged in arguing for compatibility between the science of Evolution and Islam. I have recently engaged in several debates and discussions on Islam and Evolution with the general public and Muslim theologians. What I have discovered in participating in these debates and discussions is that although evolution is an organizing principle in biology, it is one of the most misunderstood concepts among the general public. I will argue that these mis-conceptions largely stem form the Scalae-Naturae, a very old idea which espouses a linear view of nature. This is reinforced by populist cartoons depicting evolution as a linear chain. I will argue that these “iconographies” are the leading causes of misconceptions about the subject. I will describe the origins and roots of the scalae naturae in the muslim and western world, its implicit manifestation is almost every aspect in modern public thought on evolution, and the correct way of viewing the evolutionary process, and ways to move forward in the future.