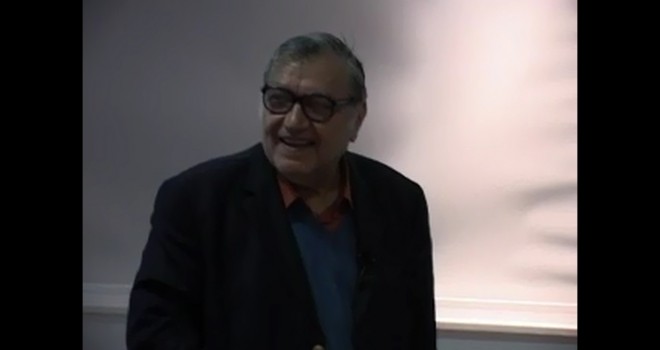 Mehdi Golshani (1939–) is a distinguished Iranian physicist and philosopher, who has been described as a modern Avicenna. What distinguishes him from many other Muslim thinkers is not the fact that he has received formal education from the most reputable institutions (in his case, a PhD in particle physics from the University of California at Berkeley in 1969) or that he has been appointed at high-level positions (chaired the Faculty of the Philosophy of Science at Sharif University of Technology since 1995, headed the Institute of Humanities and Cultural Studies in Tehran), or has been a member of international organizations (senior associate of the International Centre for Theoretical Physics, Trieste, Italy; member of the Philosophy of Science Association, Michigan, USA, the European Society for the Study of Science and Theology and the Center for Theology and Natural Science at Berkeley, California). What distinguishes Golshani is his international, cross-religious outlook: He is a Shiite, but he quotes abundantly from both Shiite and Sunni sources; he is a Muslim, but he participates in international ventures (he has been a judge on the prestigious Templeton Prize for Progress Toward Research or Discoveries about Spiritual Realities and was one of the earliest winners of the Templeton course program on science and religion).

Golshani has contributed much to the study of the relation and interaction between science and religion. In 1998, Golshani approached 32 high-level scientists, philosophers and theologians (only six of them were Muslims, the others being Christians of various denominations) with eight essential questions addressing the relationship between science and religion; he published their answers, along with a long commentary of his own, in a book titled Can Science Dispense with Religion? [1].

In addition to a number of significant papers [2], he has published several books [3], in Farsi (Persian) and/or English, some of which have been translated to Arabic. His articles and books clearly show a global outlook.

[1] Golshani, Mehdi, Can Science Dispense with Religion? (Tehran: Institute for Humanities and

[3] Golshani,Mehdi, The Holy Qur’an and the Sciences of Nature (1997); From Physics to Metaphysics (Tehran: Inst. for Humanities and Cultural Studies, 1998); Secular and Religious Science (in Farsi, translated to Arabic in 2003).


← The Reception of Biological Evolution in Muslim Societies
Is the internet making us dumber or smarter? →