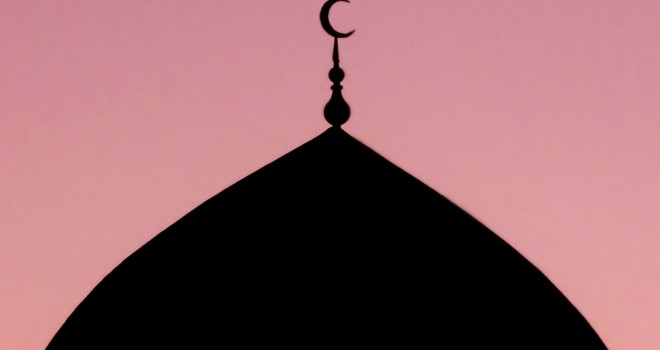 The length of the day of fasting

With the recent large increase in Muslim populations in northern countries, and with the gradual shifting of Ramadan toward the summer, this problem of high-latitude regions has become an important one

Everyone knows that Muslims fast from dawn till sunset, abstaining from all food and drinks, medical injections and smoking, and sexual relations. Muslims can often cite the Quranic verse that sets the start and end of fasting: “Until the white thread [ray of dawn] appears to you distinct from the black thread [of night]” (2:187).

Muslim astronomers soon determined that dawn (Fajr in the Arabic-Islamic terminology) corresponds to the sun and is about 18 degrees below the horizon — roughly 90 minutes before sunrise, though this interval of time varies during the year and with latitude. And they soon realised that in high-latitude regions of Earth (higher than 48.5 degrees, any place north of Paris, including all of the UK and Scandinavia, and most of Germany and Canada), “real” dawn does not occur in summer. One doesn’t even need astronomy for this, most people know of “white nights” in places like Saint Petersburg, where the sun barely sets in June and July, and the sky remains bright. And everyone knows that above the Arctic Circle (between 66.5 degrees and the North Pole) the Sun does not set or rise during certain periods of the year.

With the recent increase in Muslim populations in northern countries, and with the gradual shifting of Ramadan toward the summer, this problem has become an important and urgent one. In Geneva for example, where dawn does take place, the daily fasting time nowadays is 18.5 hours; in mid-latitude cities like Rome and New York, it exceeds 17 hours; in places like Stockholm, the fasting period is more than 20 hours, if one takes “dawn” to be 90 minutes before sunrise, real dawn not occurring.

This raises important issues. First, how does one determine the starting moment of fasting and the prayer times (the night prayer, Isha, having the same problem as Fajr, dawn) in such places? Second, fasting for such long periods of time, with so little time to rest (the night being so short), day after day for a whole month, raises health concerns. It is true that several categories of people are allowed to postpone the fasting (travellers; people with serious illnesses such as Type I diabetes; pregnant, breast-feeding and menstruating women), but in practice most of them do not take advantage of these permissions, not wanting to make up for those days when the family and community are not fasting. Consequently, people who must take medications at regular intervals (for hypertension, epilepsy for example) nonchalantly change their medication cycles without proper medical supervision or consultation. Studies of the effects of long-day fasting have not been systematic and large-sampled enough for conclusions to be drawn, but several studies have uncovered some negative effects; significant increases in peptic ulcer complications, acute pancreatitis and gastric dilatation, often referred to as the “Ramadan syndrome”, general physical fatigue and reduced cognitive ability, particularly affecting long-distance drivers and heavy machine operators. These studies, while not definitive or conclusive in any way, are still indicative of the negative health effects of long-period fasting, especially for certain groups of people (workers requiring sustained attention, patients needing regular medication and students taking long exams). I must hasten to add that for reasonable lengths of fasting and for people with no medical issues, fasting has been shown to be very beneficial.

Islamic scholars have tended to insist that those who are capable of doing so should fast according to local times, even if periods become very long, because “reward is proportional to hardship”. But this tends to encourage people to force hardship upon themselves and to adopt careless behaviour with regard to medical conditions, not to mention the impossibility of implementing this in many high-latitude places, as I’ve explained.

A number of scholars in recent years have proposed solutions to this problem. The simplest one is to adopt the times of Makkah and Madinah. This was advocated, most prominently, by Shaikh Mustapha Zarqa in 1996 and more recently by Shaikh Ali Gomaa, the former grand mufti of Egypt. In the 1970s the Pakistani scholar Mohammad Hamidullah (who spent the second half of his life in France) proposed a maximum of 16 hours and a minimum of 8 hours for the lengths for the day and the night; anytime and anywhere the day/night exceeds or falls below those two limits, Muslims should fast either 16 or eight hours until the day when the fasting times again fall between eight and 16 hours. Another simple solution is to consider the prayer times at the latitude of 45 degrees, midway between the equator and the poles. Various other more complex solutions have been proposed, but they all have shortcomings, and none of them work at latitudes higher than 66.5 degrees, where the sun does not set or rise for some periods of the year.

A few years ago, my collaborator Karim Meziane and I proposed a fully astronomical solution that works all the way to the North Pole. We proposed to define an “artificial horizon” in the sky and to recalculate all prayer and fasting times with respect to it. Not only did we obtain very reasonable fasting times (13-14 hours the whole year), they corresponded to the average length of the day in Makkah and Madinah.

Determining fasting times is another case where Islamic scholars need to take science, such as astronomy and medicine, fully into account. Today’s world is quite different from the old one, and the old rules cannot be applied literally everywhere and at all times. But smart solutions are available.

← Ramadan: A Good Time To Recall A Forgotten Doctor‏
A Polymath in the 10th Century →