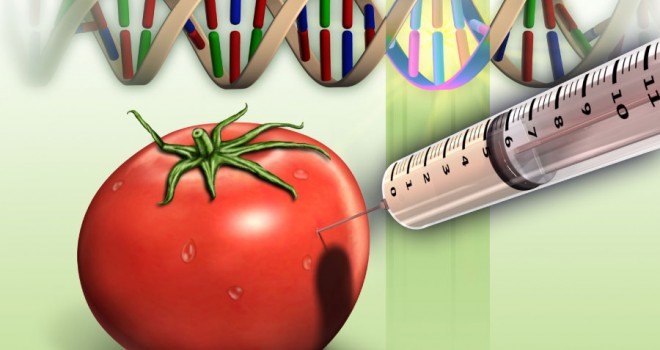 Should we worry about Genetically Modified Organisms?

There is no credible scientific evidence to suggest that they have a negative effect on animals, humans, or the environment, but a healthy debate on its pros and cons will help dispel myths

Last July, I had a short stay at Cambridge University. At the cafeteria, I was surprised to see a sign informing customers that no genetically modified organisms (GMOs) had been used in the meals or the foods that were being offered. My British colleagues explained to me (and I later confirmed) that while no GMO crops were grown in the UK, imported animal foods sometimes contain GMOs.

A few weeks later, the highest court in France made headlines by lifting the ban on one specific agricultural GMO, following a report by the European Food Safety Authority that there was no solid environmental-threat justification to the ban. In contrast, seven other European countries still uphold the prohibition on that particular GMO.

And in early September, Scientific American, the highly respected science magazine, published an editorial by its team opposing not only any ban on GMOs but even the labeling of products that several US states had been trying to mandate, some of them successfully.

It argued that there is no credible scientific evidence of any risks or ill effects of GMOs, whether on human health or on the environment; on the contrary, it insisted that the benefits of GMOs, which I’ll mention shortly, make it truly unwise for us to put them aside, especially for the developing world.

The controversy over how to deal with GMOs is not limited to the western world. Indeed, there are at least 28 countries where GMO crops are lawfully grown, amounting to about 12 per cent of all arable land on the globe.

In the less developed world, India is an interesting case. In 2011, 88 per cent of all Indian cotton was genetically modified — to make it resistant to insects, in particular. Proponents of GMOs point to important economic benefits, in addition to the absence of any documented risks.

But some negative developments occurred lately, particularly the observation that genetic mutations may have allowed cotton bollworms to attack the crops, so yields have declined.

This led at least one Indian state to ban the GMO-based cotton that is used so widely and to request a socio-economic study by independent institutes of the pros and cons of GMOs in agriculture. And as of January 1, food companies are required by Indian law to label any product containing GMOs.

No wonder that citizens around the world feel confused and worried. On the one hand, people don’t understand the science behind GMOs and their potential risks, and they don’t trust agro-industrial companies that (in the public perception) only want to maximise profits.

On the other hand, people do hear and see that such biotechnologies can help protect crops from pests and wild herbs, multiply yields and farmers’ sale figures, and help reduce famine and some diseases. But things have gone too fast for people to digest what is happening, and they end up reacting emotionally, rather than rationally.

Can we make some sense of the problem and reach any reasonable conclusions?

First, it is worth reiterating that there is no credible scientific evidence about negative GMO effects on animals, humans, or the environment. All major scientific organisations (the American Medical Association, the US National Academy of Sciences, the British Royal Society, and many others) have issued statements stressing that GMOs-based crops pose no greater risk than ‘naturally’ grown crops.

Secondly, there are serious benefits to using GMOs: the protection against insects, droughts, and extreme temperatures, as well as the growth of plants (like ‘golden rice’) that have artificially been fortified with some vitamins that combat specific diseases. Indeed, the editors of Scientific American reminded us that golden rice, through the production of beta-carotene, remedies for Vitamin A deficiency, which blinds 500,000 children worldwide annually.

Thirdly, GMOs-based crops are both cheaper (for the farmer and the consumer) and more abundant than their natural counterparts.

Opponents of GMOs, however, invoke the Precautionary Principle (essentially a sophisticated formulation of ‘better safe than sorry’, ‘an ounce of prevention is worth a pound of cure’, and ‘first do no harm’) and demand strong proofs that there are indeed no negative impacts. They point to some studies that have indicated such effects — although those studies have been rebutted — and insist that it is too early to guarantee the absence of any dreadful long-term effects of GMOs-based products.

Additionally, some ethical and even religious arguments have been invoked, such as the lawfulness of ‘playing God’, as in the case of the green-fluorescent cat that was genetically produced ‘for medical tests’.

While the fraction of citizens who express strong concerns about GMOs (even in Europe) has been decreasing lately, and scientists overwhelmingly endorse the usage of these organisms, this debate is not about to disappear.

This is one important topic where scientists, policymakers, public advocacy groups, and the media must all play a constructive role to improve the general and understanding of the issue, prevent any panics, and lead a healthy discussion around it.


← Ramadan, Modern Technologies and Consumerism
Grappling With Evolution and Islam →