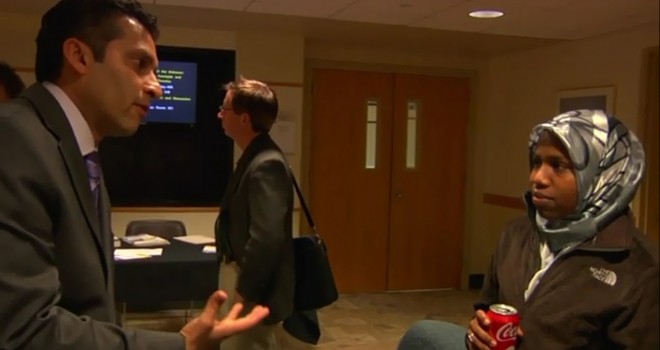 Grappling With Evolution and Islam

Walk into any American church (or its online community) and bring up the subject of evolution, and you’re bound to find yourself in an argument, or something nastier.

Would the same thing happen if you brought it up at an American mosque? Or one in Jordan? Or Turkey?

Last April I took part in the first of a series of panels on Islam and Science sponsored by Project Nur, a student-led program of the American Islamic Congress and supported by the John Templeton Foundation.

The goal of this ongoing series is to engage with students and teachers on campuses arounds the U.S. on the issue of science as it relates to Islam and religion in general.

The first panel was on ‘Islam and Cosmology’, held at University of Iowa.

This evening’s panel, on ‘Reconciling Muslim Tradition and Evolution’, takes place at Boston University. Joining my fellow science blogger and co-panelist from the first event, Salman Hameed of Hampshire College, will be Rana Dajani, a professor of molecular biology at the Hashemite University in Jordan and a visiting lecturer this year at Yale School of Medicine. I wrote about Dajani’s rapidly spreading We Love Reading program for Arab children last year.

Omar Sultan Haque, a postdoctoral fellow in Psychology at Harvard and Ehab Abouheif, a professor of evolutionary biology at McGill will also be discussing how evolution has been regarded by Muslims since Darwin.

This promises to be interesting, for even Muslims who are skeptical of evolution do not question it for the reasons that many American Christians traditionally do. That’s not to say creationism in the U.S. has not had some influence on Darwin doubters in countries like Turkey; it certainly has.

But I look forward to writing more about this after this evening’s panel. (I won’t be live-blogging, but I will tweet some thoughts on the speakers during the discussion.)

Forbes readers in the Boston area who are interested can register in advance for free here.

For a sense of what the panel will be like, you can see highlights from the first event held at University of Iowa which I edited in the short video below.


← Should we worry about Genetically Modified Organisms?
Islam and the West →